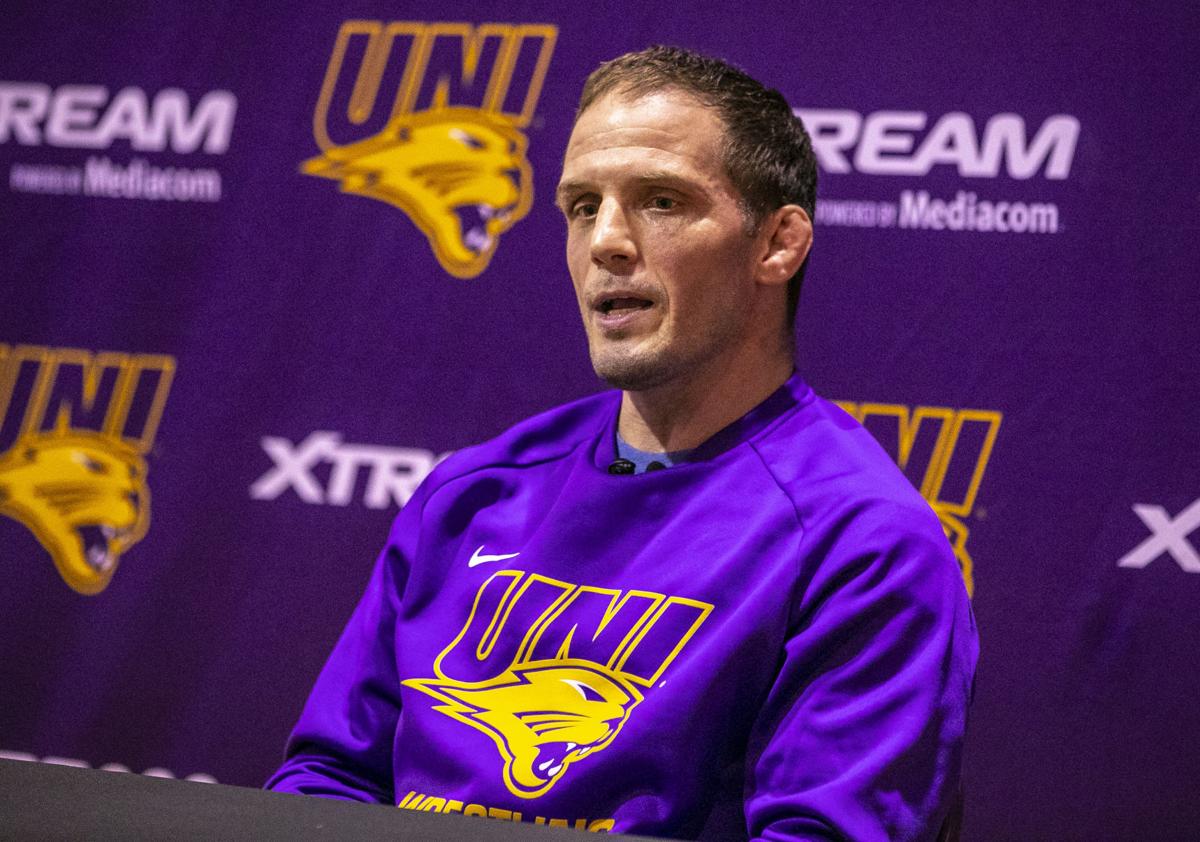 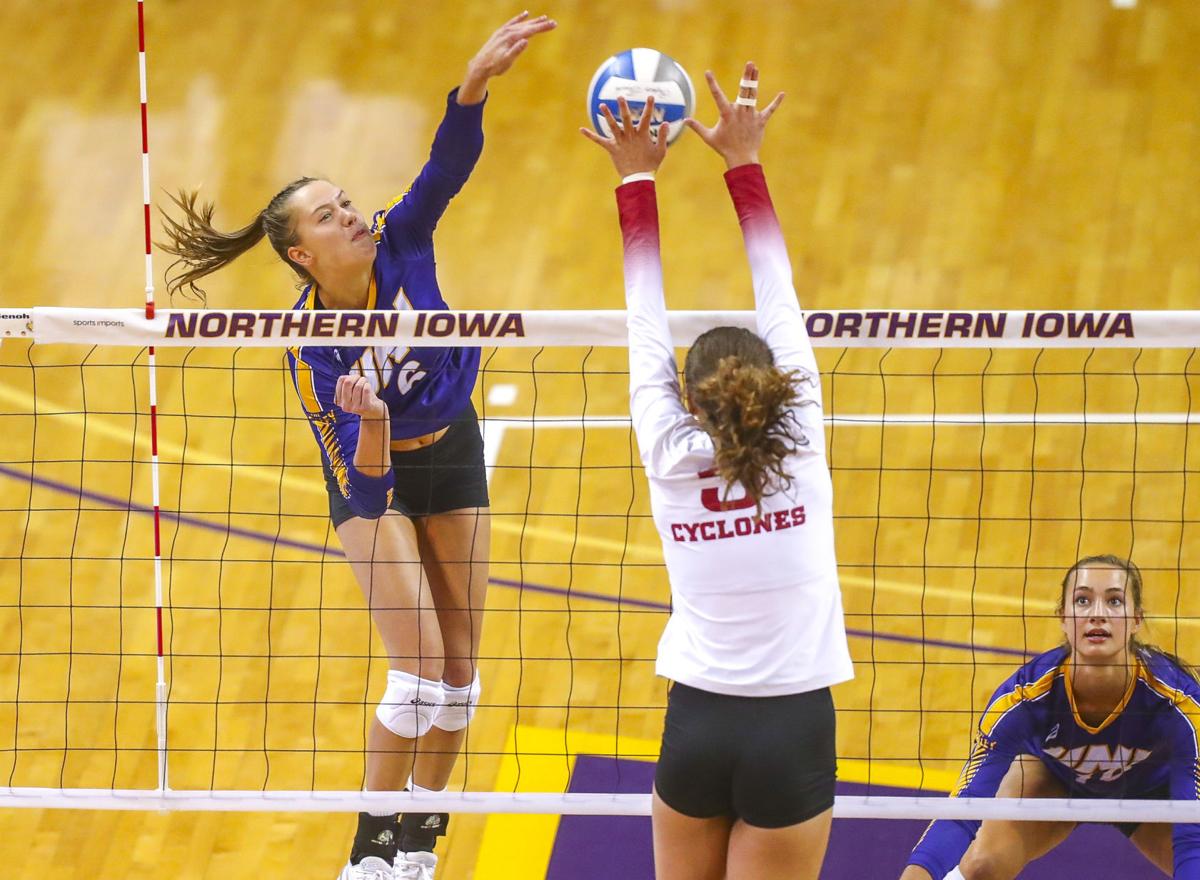 University of Northern Iowa's Tayler Alden hits the ball over the net against Iowa State University during the Panthers' home opener at McLeod Center in Cedar Falls.

Open tournaments are back after a one-year hiatus due to the COVID-19 pandemic and Northern Iowa made a splash on Saturday.

The Panthers sent eight freshmen to the Grand View Open and half of them walked away with wins as Connor Thorpe, RJ Weston, Jared Simma and John Gunderson all had perfect records.

Thorpe cruised through the 141-pound bracket, racking up three majors, a technical fall and one pin. His lone non-bonus point win came against Missouri’s Jeremy Jakowitsch, who Thorpe edged 3-2.

Weston needed overtime to triumph over Jace Luchau of Iowa Central to keep his title hopes alive. The 157-pounder proceeded to dispatch his two opponents by tech fall and pin.

Simma and Gunderson had a combined seven pins in their bracket wins. Gunderson, at 197, needed just 8 minutes, 53 seconds for his four falls. He also beat scraping partner Adam Ahrendson 7-3.

Simma, at 174, put together a couple take downs to win 7-0 over Elise Brown Ton of Nebraska. His other four wins were by bonus points.

Ahrendson and Cael Rahnavardi, a grad from Don Bosco, each placed third. Kaleb Runyon finished sixth and needed to medically forfeit in his final two matches.

Northern Iowa 3, Evansville 2: It took the Panthers more than 10 tries to end their match with the Purple Aces and on the 12th, it finally happened.

It was the second five-setter in a row for the Panthers (12-17, 7-9 MVC) and the seventh this season. None went longer than the one on the second night of a back-to-back.

UNI staved off three match points by tying the final set at 14 and 16. Evansville kept it square twice before Kira Fallert and Alden’s kills were the final points of a marathon match.

Fallert finished with a team best 25 kills while Alden chipped in 15 and distributed 31 assists. Emily Holthaus and Carly Spies had double digit kills. Each side had over 180 attacks, but it was the Panthers that had the better hitting effiiency at .315.

The fourth set was the longest.

UNI led 24-19 and had those five match points wiped away. It had four more chances, but each time it was either kill by the Purple Aces or an unforced error by the Panthers that kept the set alive.

Alden’s attack trailing 34-33 was an error and Evansville squared the match at two sets apiece.

The Panthers scored five of the final six points to break a 20-20 tie and claim the second set after Evansville won the opener. In the third, had three kills and an ace to run off the final four points needed to take a 2-1 lead.

Alden also had five aces and was one of four players with three block assists. Payton Ahrenstorff paced UNI’s back row with 23 digs.

University of Northern Iowa's Tayler Alden hits the ball over the net against Iowa State University during the Panthers' home opener at McLeod Center in Cedar Falls.