The Panthers (6-7, 6-4 Missouri Valley) were able to get out to an early lead in the opening set, moving ahead 14-9. UNI led 17-11 and made the final push to take the set 25-19 after holding the Sycamores to just seven kills and a .077 team hitting percentage.

UNI opened the third set with a lead to 11-3 while hitting .772 as a team and rode the momentum to a nine-point set victory. UNI finished with 17 kills, one block and one ace with a .441 team hitting percentage. The Panthers held the Sycamores to 10 kills on 36 attacks in the frame.

The Panthers again moved out to an early lead, taking control of the fourth set with a 14-8 lead and going on to end the match.

UNI setter Tayler Alden added another double-double to her resume with 39 assists and 17 digs. Baylee Petersen finished with a team-high 18 digs.

Open tournaments are back after a one-year hiatus due to the COVID-19 pandemic and Northern Iowa made a splash on Saturday. 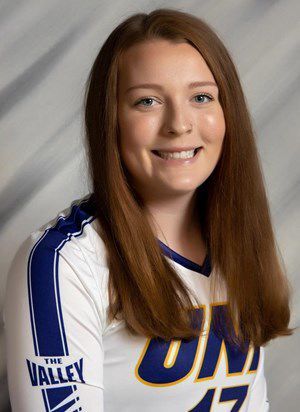