The University of Northern Iowa volleyball team picked up all 10 first-place votes from the league’s coaches and is the overwhelming favorite to repeat as the Missouri Valley Conference champion this season.

The Panthers went 24-10 overall and 16-2 in MVC matches a year ago and return five starters. Setter Rachel Koop and outside hitter Karlie Taylor, both seniors who were first-team all-conference last season, were named to the preseason all-conference team.

Taylor averaged an MVC-best 4.77 kills per set and added 3.2 digs per set last fall. Koop led the league with an 11.97 assists-per-set average.

Also back are middle hitter Kate Busswitz and outside hitter Jaydlin Seehase, both second-team all-MVC picks a year ago, along with veterans Taylor Hedges, Baylee Petersen, Inga Rotto and Abbi Staack.

Illinois State is second in the preseason poll. Drake came in sixth.

You can pencil in Xavior Williams, but the rest of UNI's defensive secondary has yet to be determined early in fall practice.

Ryan Mahaffey has returned to the UNI program to serve as the Panthers’ offensive coordinator and tight ends coach.

UNI football: Cuvelier finds a home in the UNI-Dome 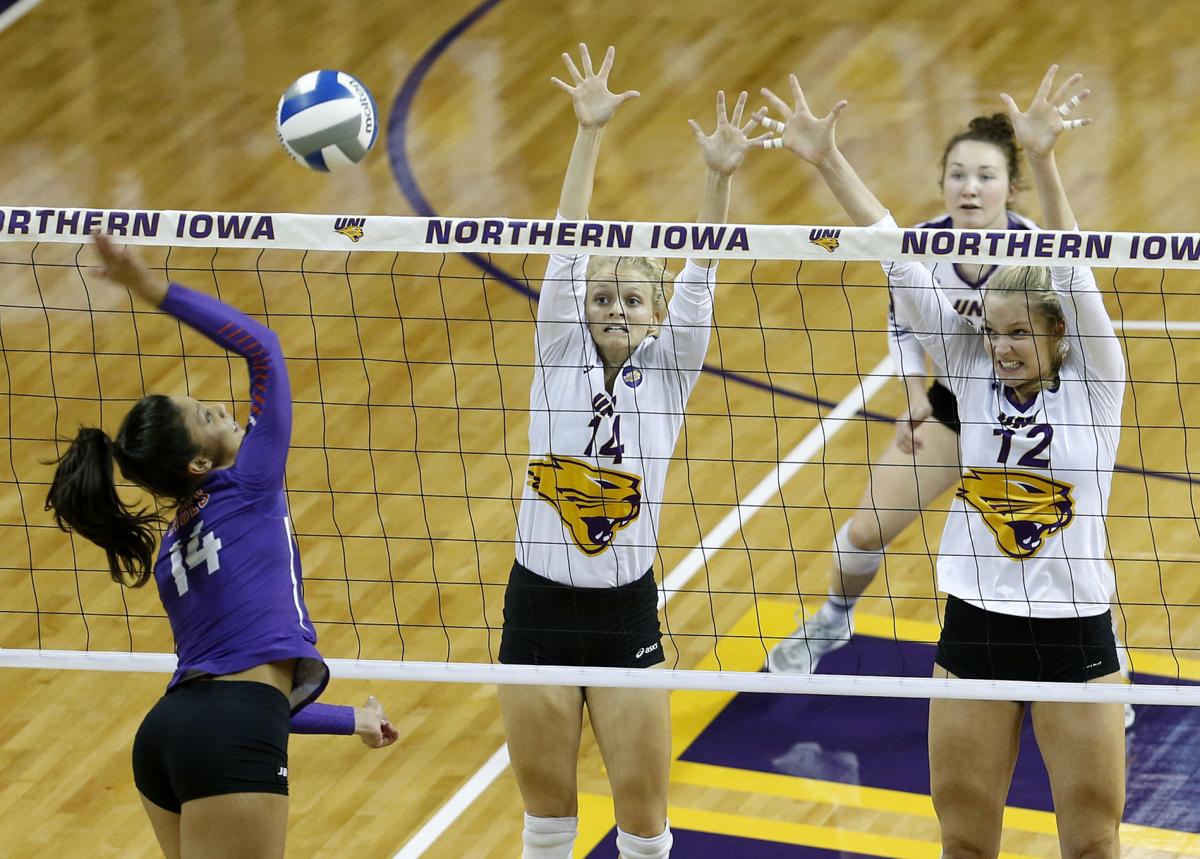 Northern Iowa's Rachel Koop, left, and Kate Busswitz go up to block a shot by Evansville's Alondra Vazquez during a 2018 match at the McLeod Center.