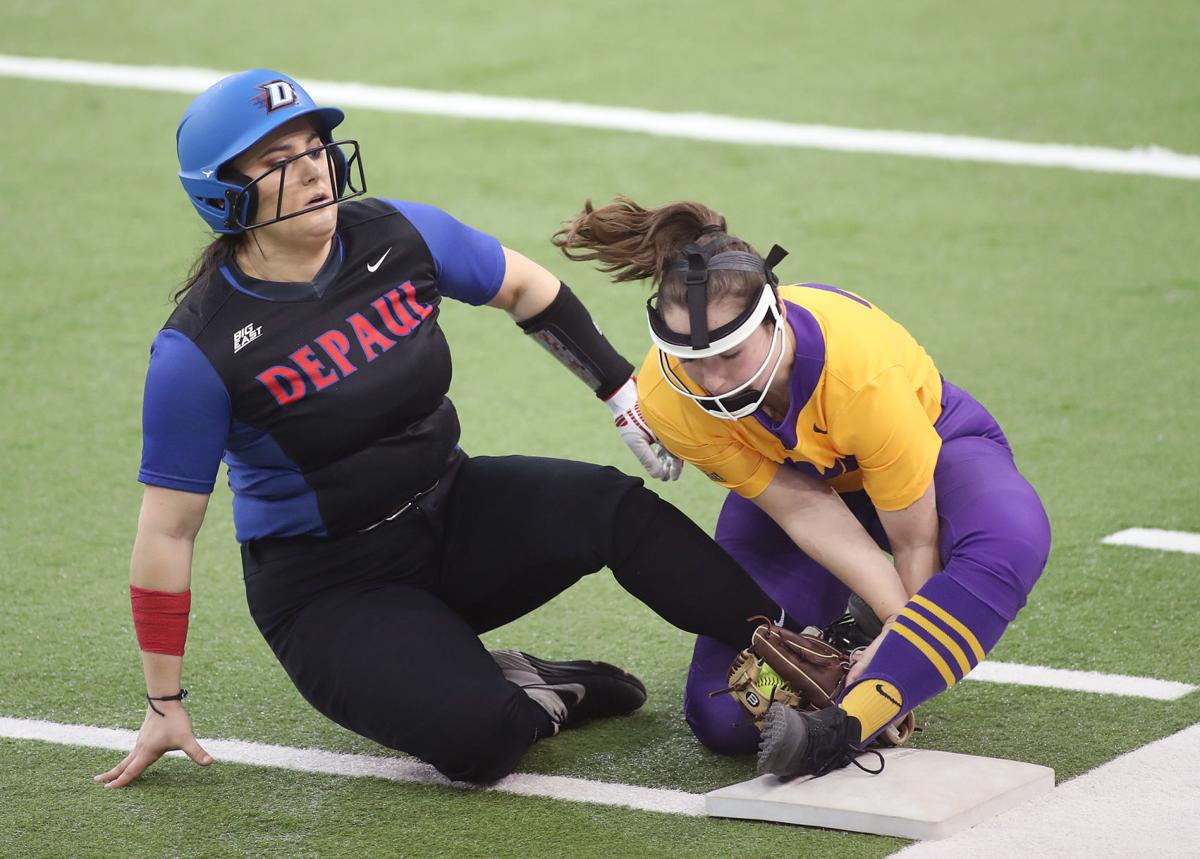 Northern Iowa's Adara Opiola keeps the ball in front of DePaul's Jessica Cothern for the out at third base during the UNI-Dome Classic in Cedar Falls earlier this spring. 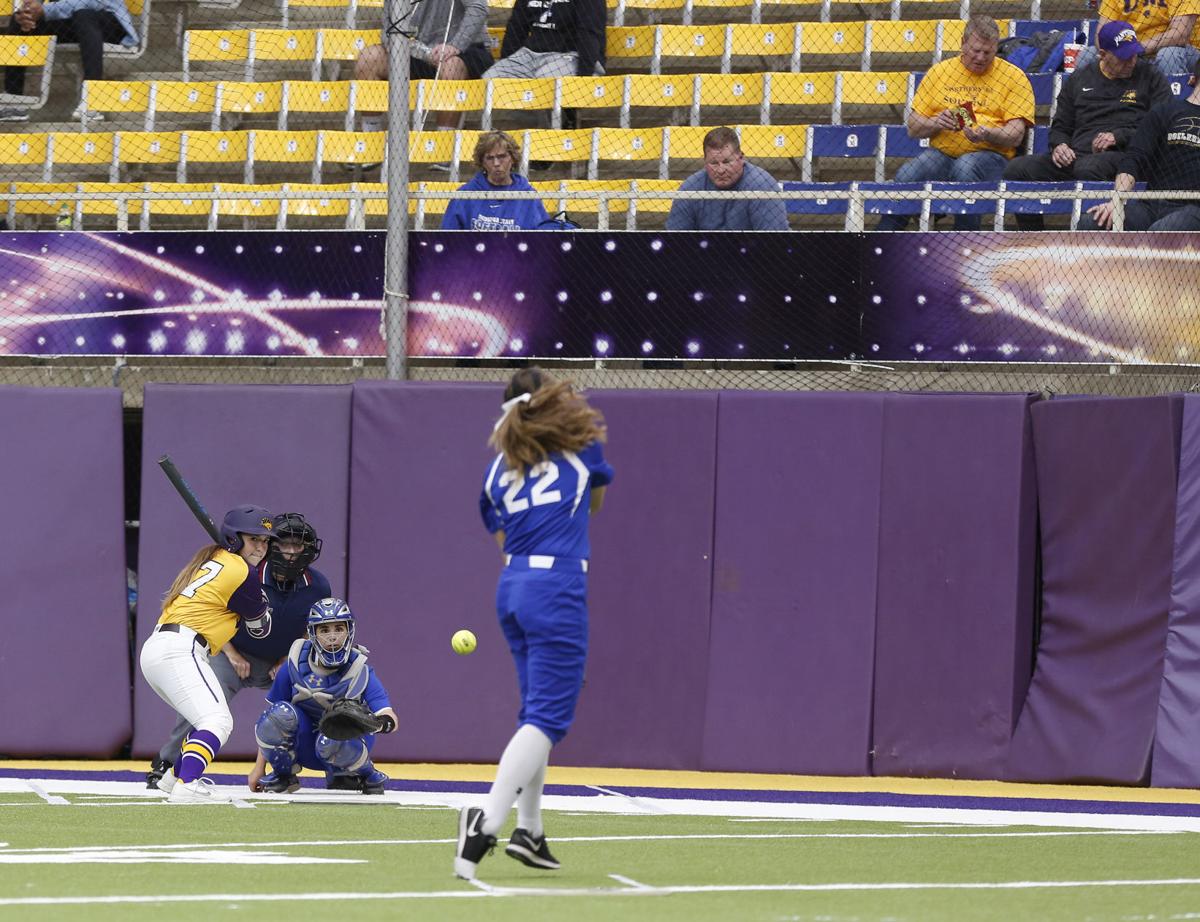 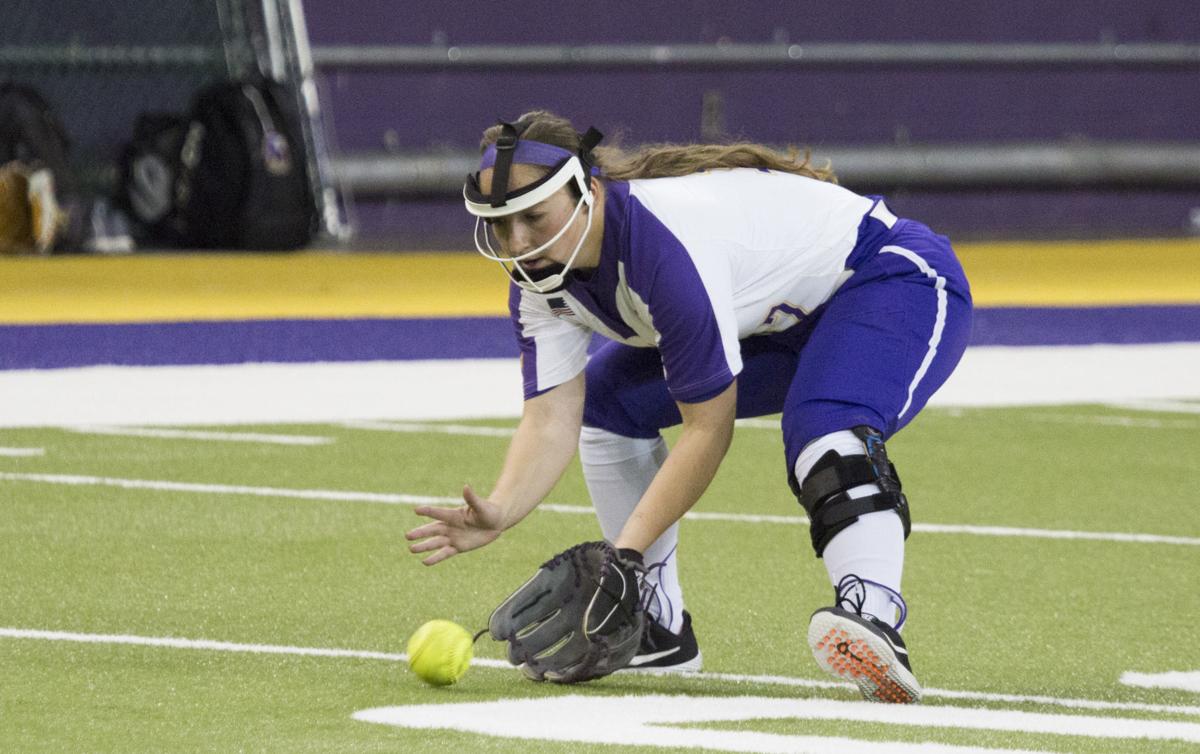 UNI's Adara Opiola fields a ball during a game last spring inside the UNI-Dome.

CEDAR FALLS – Adara Opiola is ready for a tough new challenge in the classroom. But she has some unfinished business on the diamond first.

In a two-week period in March, like thousands of spring sport collegiate athletes across the United States, Opiola, a University of Northern Iowa softball player, went from distraught to an overwhelming feeling of gratitude.

The senior from Coralville was 21 games into and not quite halfway through her final season with the Panthers when COVID-19 brought Opiola’s season to a crashing halt in mid-March.

Two weeks later, the NCAA announced member institutions could self-apply waivers to restore eligibility for some student-athletes who had competed in the COVID-19-shortened spring season.

“My heart was in my stomach,” Opiola said. “I didn’t know how to handle myself. I was not prepared to be done two months early.”

The decision to return to UNI and finish her athletic career was immediate for Opiola.

But there also were complications. Opiola, a political science major with a philosophy minor, had already been accepted to three law schools — the University of Iowa, St. Louis University and the University of Memphis — but hadn’t decided on which school to attend when her season was halted.

Deposits to enroll in law school where due the first of April. It became a question of whether could Opiola defer enrollment into law school until 2021.

“I decided on the University of Iowa,” Opiola said. “It’s close to family, so I would have a lot of support, and was the best school I got into. So, I talked to their admission people and explained to them I could not possibly have foreseen COVID-19 when I applied. I had to write a letter to ask to defer my acceptance to the fall of 2021, and it was maybe a matter of 16 hours later they got back to me and told me my deferral would be approved.

“I was excited. If (the extra-eligibility waiver) had happened two weeks later I would’ve already had paid my deposit and it’s a different story. The timing worked out for me, and I feel for the other seniors everywhere that it didn’t work out as well, so I feel very lucky.”

Since the shutdown, Opiola has been back home concentrating on her classes. She will now graduate from UNI in December, and has already decided on a second major, gerontology, to remain an undergraduate as UNI has no one-year master’s programs in her field.

Gerontology is something Opiola picked up from the softball team’s faculty advisor, Elaine Eshbaugh, and in particular how the legal field applies to gerontology.

“Gerontology … it is something exciting to have a new branch that I haven’t explored yet. My whole career at UNI has been political science, pre-law, philosophy and ethics, so it will be interesting to have something more science related, and I things I learned from those other subjects will carry into gerontology, too.”

Opiola is as equally excited for the opportunity to return to the softball field. She and her father, Ray, have done random related things from playing catch to hitting whiffle balls.

“Right now there is a whole another longing to get back on the field to get back working out,” Opiola said. “ I can honestly say that I never wanted to get up for 5:30 a.m. weights so badly. But I’m here longing for it. I miss every aspect of it.

“I miss playing with my glove. I miss holding a bat in my hands. I miss putting my cleats on. It is every little piece that I dearly miss.”

After being part-time player each of her first two seasons at Cedar Falls, Opiola had been a starter on the infield each of the past two seasons.

“I think the thing that is going to motivate me, especially ... All of it was almost taken away from me. I could’ve not had the chance to finish my softball career to its fullest. I feel very fortunate, and I think having that sense of gratitude next year won’t make you overthink and you will enjoy every little piece of it,” Opiola said.

Will there be any shining moments this spring for Iowa high school female and male athletes?

How many  fans can say they sat down and had a beer with Gable? SingleSpeed Brewery in Waterloo is making that happen.

Northern Iowa's Adara Opiola keeps the ball in front of DePaul's Jessica Cothern for the out at third base during the UNI-Dome Classic in Cedar Falls earlier this spring.

UNI's Adara Opiola fields a ball during a game last spring inside the UNI-Dome.