Harness allowed just four base runners as the Salukis improved to 37-14.

“I felt Sarah Harness was a humungous factor in today’s game,” UNI head coach Ryan Jacobs said. “We saw her recently and had success against her. We were a step behind her today. They did a good job of calling pitches and she did a fantastic job of executing those pitches.

Elisabeth Huckleberry homered in the fifth to give SIU a 1-0 lead and Jenny Jansen hit her third home run of the tournament in the top of the sixth.

The Panthers left runners in scoring position in both the sixth and seventh inning with those being UNI’s best scoring chances.

Harness no-hit the Panthers through five innings before Adara Opiola singled with one out in the sixth. Kamryn Shaffer singled in the seventh for UNI’s other hit.

Packard, Opiola and Hannah Kelley were named to the all-tournament team.

Freshman second baseman Taylor Hogan was named the Elite 17 Award winner. The award is given to the student athlete with the highest GPA playing the championship game. Hogan has a 3.98 GPA in Communication Disorders.

UNI will now play a waiting on whether the Panthers will receive an at-large bid into the NCAA tournament. UNI was ranked in the top 50 in the latest RPI rankings.

“With the way we have played the last three weeks of the season we are directly in the middle of the bubble. It could go either way,” Jacobs said. “It depends on whether or not the league gets credit for being a tough league this year.

“I feel this is the closest we have ever been, and more in the conversation on who is going to get in (as a league) than we have been.”

The selection show will begin at 8 p.m. tonight (Sunday) on ESPN2. 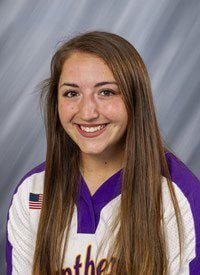 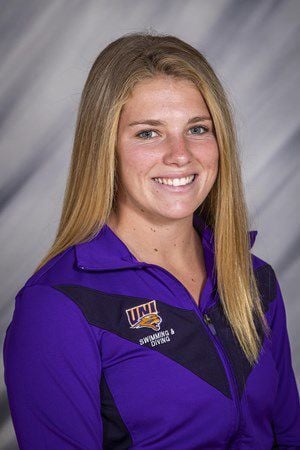