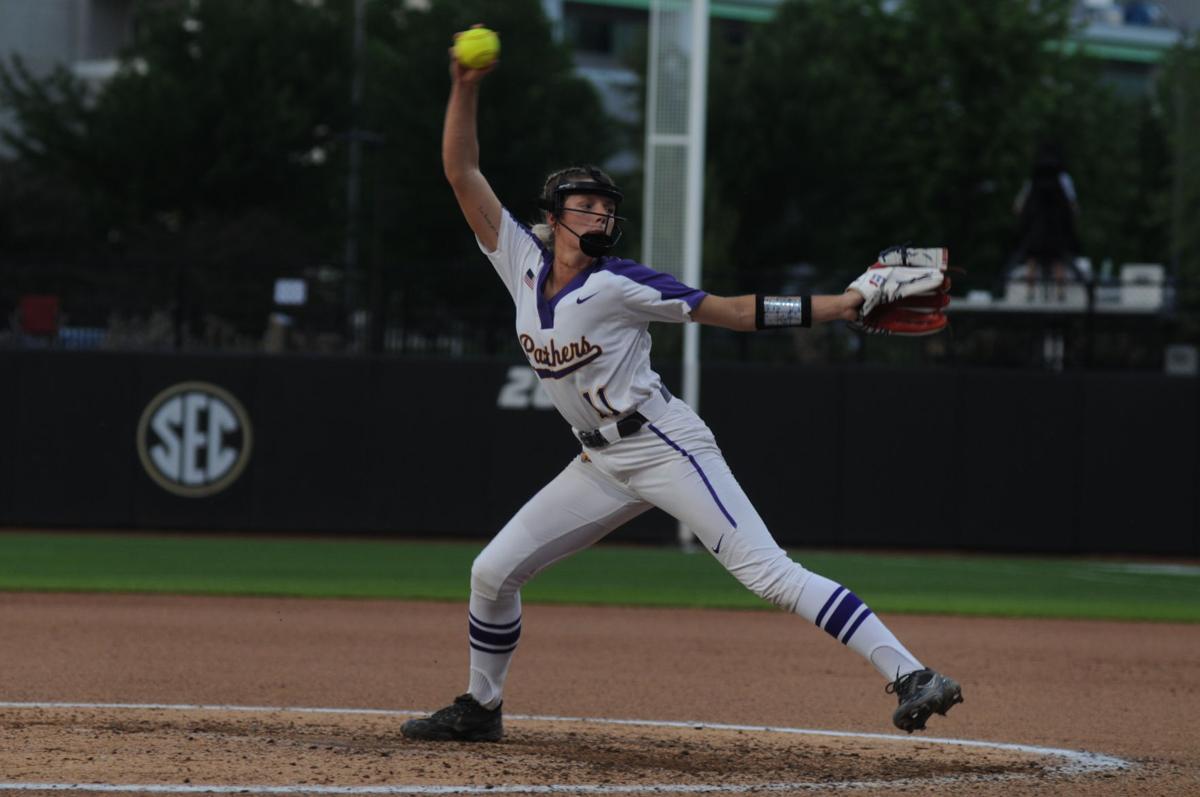 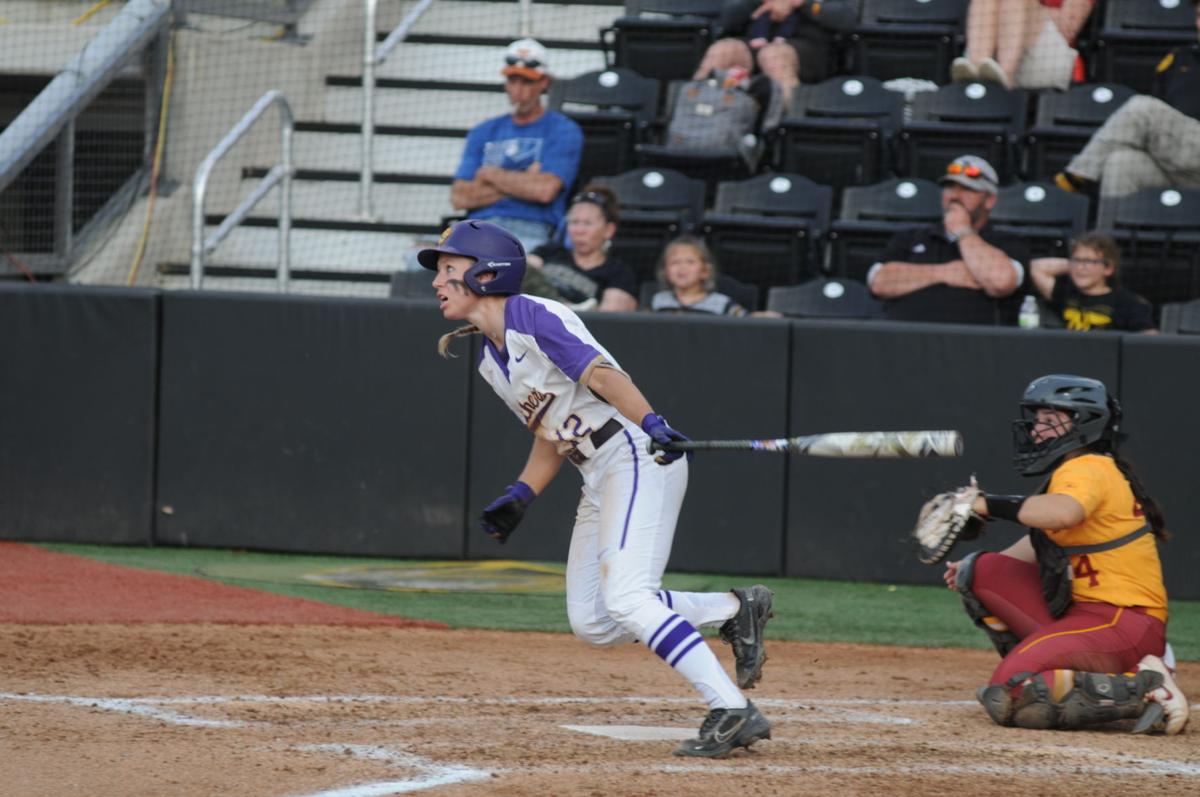 Northern Iowa's Sammey Bunch follows the trajectory of a hit against Iowa State Saturday in a NCAA regional game in Columbia, Mo.

COLUMBIA, Mo. – Carli Spelhaug’s solo home run in the top of the seventh was the difference as Iowa State eliminated Northern Iowa from the NCAA softball regional Saturday with a 4-3 win.

Spelhaug hit a two-out, 0-2 pitch from UNI reliever Hailey Sanders deep over the left-field fence for the game-winning hit.

“Once I hit it I knew we were going to move on because I knew would get out of the bottom of the seventh,” Spelhaug said of her home run.

“We had success and we had great kids. It is tough to say it is over. But it is and we got to learn from the experience and go on,” UNI coach Ryan Jacobs said wiping away tears. “

The Cyclones took an early 3-0 lead in the first when two UNI errors led to three unearned runs in the top of the first inning. After that it settled into a pitcher’s duel between ISU starter Shannon Mortimer and Sanders, who relieved UNI starter Samantha Heyer in the first.

The Panthers finally got to Mortimer in the sixth when Dylan Lamprecht walked with one out. Taylor Hogan followed with a single and Kamryn Shaffer blasted her second double of the game down the left field line to score pinch runner Maggie Erpelding for UNI’s first run.

Pinch hitter Hannah Kelly was walked to load the bases before No. 8 hitter Brooke Snider delivered a two-run single that deflected off the glove of Mortimer into centerfield to tie the game 3-all.

“We are never going to go down without a fight, especially when it is an in-state rival it is never going to happen,” Shaffer said. “We are a team of competitors. No, the whole game we were saying we got plenty of game left and we played down to the last out.”

Iowa State advanced to the elimination game with a 4-0 win over Illinois-Chicago.

In UNI’s opening game, Missouri got solo home runs from Kim Wert (fourth) and Brooke Wilmes (sixth) and a strong pitching performance from Laurin Krings to beat UNI, 4-0, in a battle of first-round winners.

Krings no-hit the Panthers for 6 2/3 innings before freshman Taylor Hogan of Waterloo singled to left with two outs in the seventh.

“I think offensively we got into some situations where we might have pressed a little bit,” Jacobs said. “We were still putting ourselves in those situations. That is a key. Give yourself an opportunity,.

“I felt like we pitched well all day. Even with Sammy giving up three in that first inning, I don’t think our defense gave her a chance to settle in. I felt like all the way around we gave ourselves a chance and that is all you can ask for.”

The Panthers’ Kaylin Packard worked into the seventh inning before being lifted for Hailey Sanders. In 6 1/3 innings, Packard struck out six and walked two.

“We are just going to learn from it,” Jacobs said. “This group is going to be one of those where our focus is going to be to continue to grow and learn. Hopefully this experience…we will only help us get better. These two games we battled is something they can pull from later on.”

“It is very sad to say goodbye to two amazing seniors,” Shaffer said. “But going forward it was a positive experience.”

Northern Iowa's Sammey Bunch follows the trajectory of a hit against Iowa State Saturday in a NCAA regional game in Columbia, Mo.