Rotto hit at a .526 clip, while Arndorfer posted a .435 attack percentage. Rotto added seven block assists, which is a single-match high for UNI.

Rachel Koop had 46 assists, while Baylee Petersen led the squad with 16 digs and three aces.

UNI will be next in action on Friday at the Marquette Invitational where the Panthers will face Saint Louis and then Wisconsin-Green Bay and Marquette on Saturday to close out their non-conference slate.

UNI WOMEN’S SOCCER: The Panthers scored three times in the first 26 minutes and road the hot start to a 3-0 victory over North Dakota State in women’s soccer action Sunday at the Cedar Valley Soccer Complex.

Sydney Hayden got the scoring going in the 13th minute as she pushed home a pass from Jordyn Rolli. Olivia Stearns scored in the 18th minute on an assist from Hayden, and Rolli scored unassisted in the 26th minute.

Anna Kaiser earned the shutout, saving both Bison shots on goal, while UNI out-shot NDSU, 10-2 in the game.

The Panthers return to action Friday when they host South Dakota State at 6 p.m.

For the second time in three days, the Waterloo Black Hawks were taken behind the woodshed and whipped in a 7-5 exhibition loss to the Madison Capitals Sunday at Young Arena.

It took six hours to complete, but the wait proved to be worth it Saturday for an Iowa football team which won for the fifth straight time in its series against instate rival Iowa State.

The details – the little things – are keeping Iowa State (1-1) from doing big things.

Northern Iowa scored three times in the first 26 minutes and road the hot start to a 3-0 victory over North Dakota State in women's soccer action Sunday at the Cedar Valley Soccer Complex. 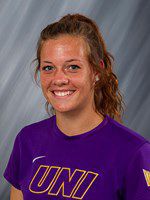 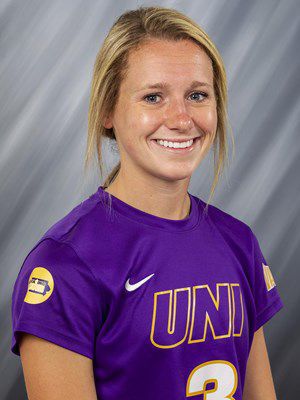