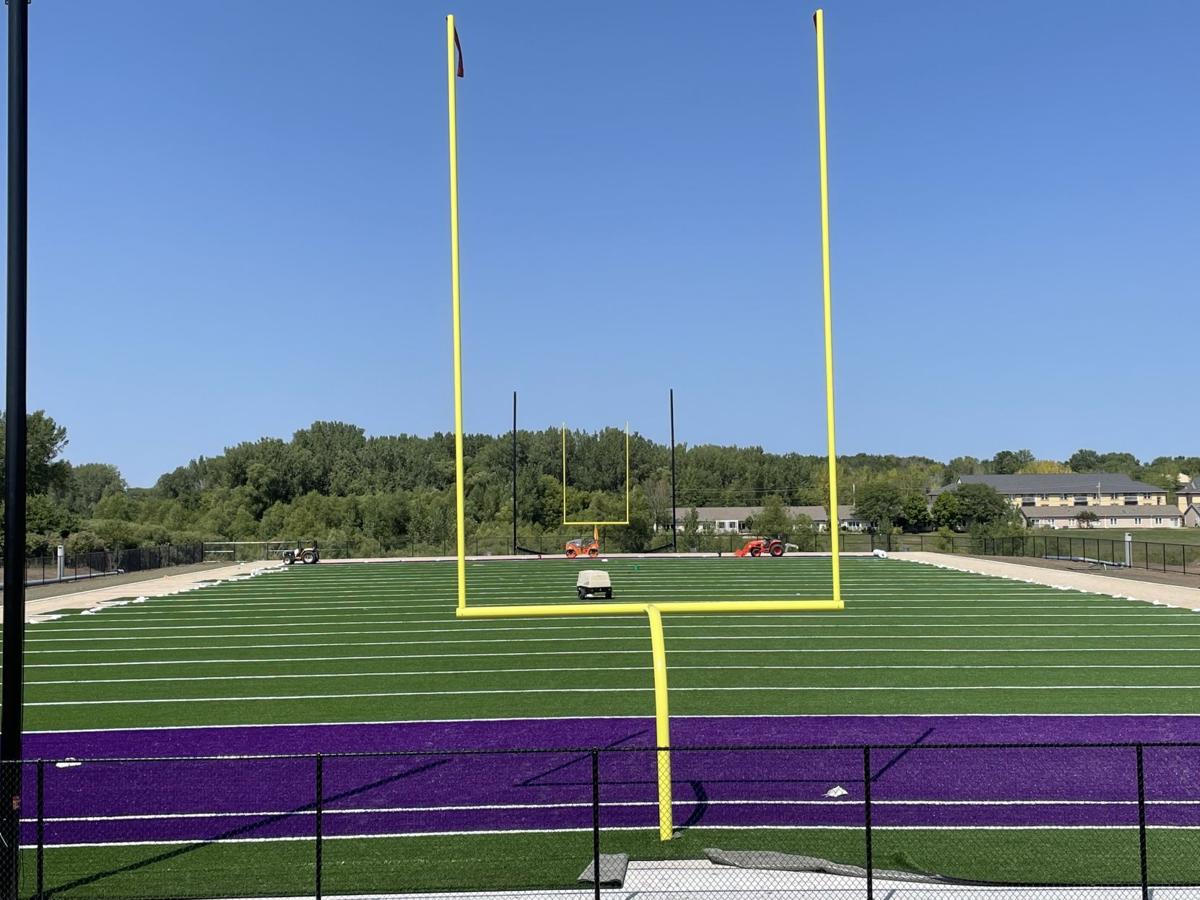 The turf install at Northern Iowa's outdoor football practice facility was installed this past weekend. 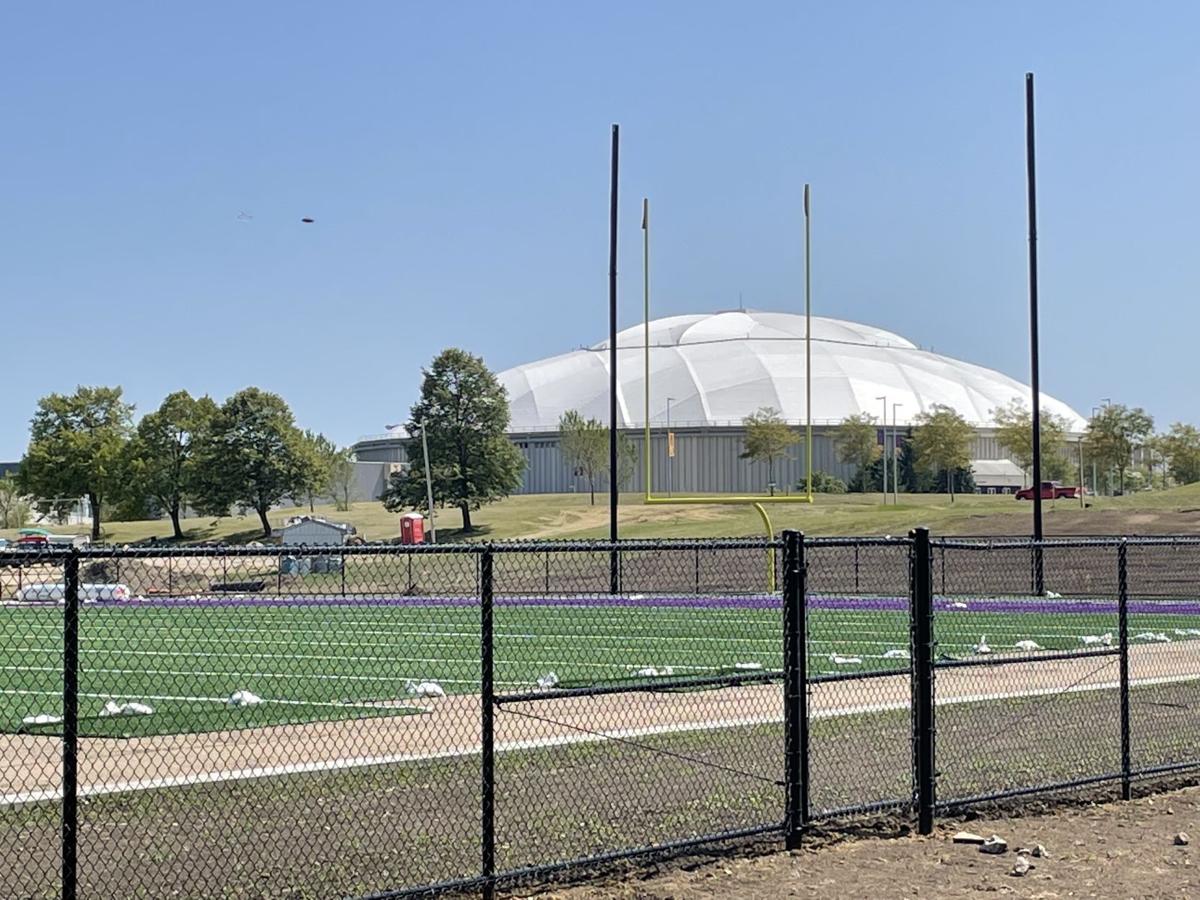 UNI's new turf install on its outdoor practice field with the UNI-Dome off in the distance.

CEDAR FALLS – As the Northern Iowa Panthers move closer to the kickoff of the football season, they also have something else to look forward to.

The new artificial turf playing surface was installed over the weekend at UNI’s outdoor practice field.

The facility is not quite ready yet for use by the team, but the Panthers hope to start practicing there soon.

The practice field is located just north of the UNI-Dome on the University of Northern Iowa campus.

“We hope to be out there by the middle of September,” Farley said.

“There is still work to be done and they are out there working every day on it. The field really looks great. As soon as I saw the whole field put down, and saw the image of what it’s really going to look like, it’s really impressive.”

BATTLING THE ELEMENTSUNI players have spent most of the preseason practicing outside.

But Tuesday’s late afternoon workout was moved inside with the team practicing at the UNI-Dome. The heat index soared to triple digits in the early afternoon before a nasty thunderstorm with heavy rain swept through town.

Northern Iowa spent preseason camp working out on late afternoons in steamy conditions at Waterloo’s Memorial Stadium. The Panthers moved to Waterloo with work being done on the outdoor field and at the UNI-Dome.

HOME SWEET DOMEThe UNI-Dome will return to full capacity this fall after only a small percentage of fans were allowed inside during the spring schedule because of the COVID-19 pandemic.

The Panthers open their home season against St. Thomas (Minnesota) on Sept. 18 at 4 p.m.

Their study looking at the virus' impact on indigenous populations was published this week in the prestigious journal Nature Medicine.

“Charlie is as gritty of a competitor and as hard of a worker as you will find. Those are attributes that will definitely be in his favor during his rehabilitation.”

The turf install at Northern Iowa's outdoor football practice facility was installed this past weekend.

UNI's new turf install on its outdoor practice field with the UNI-Dome off in the distance.