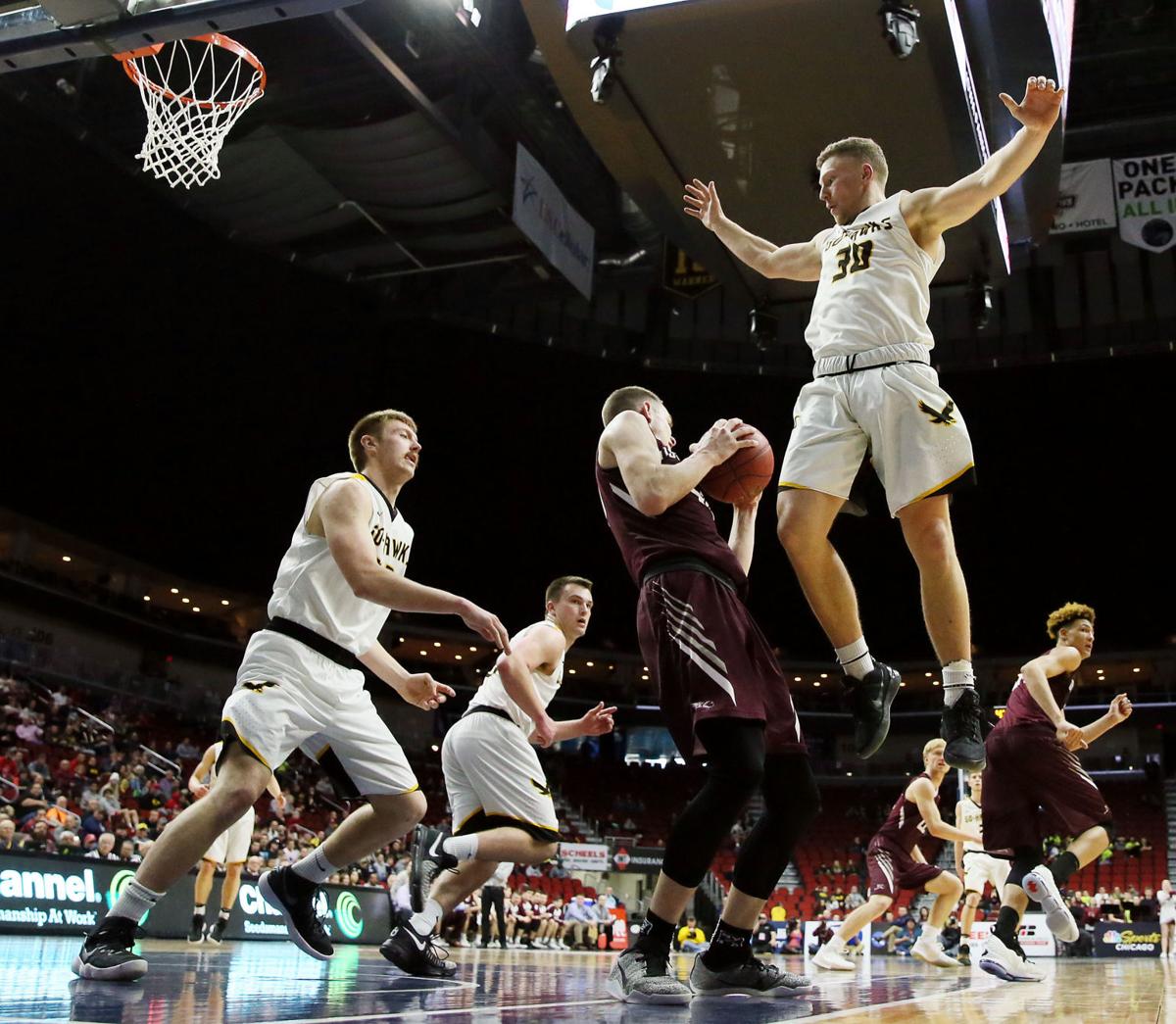 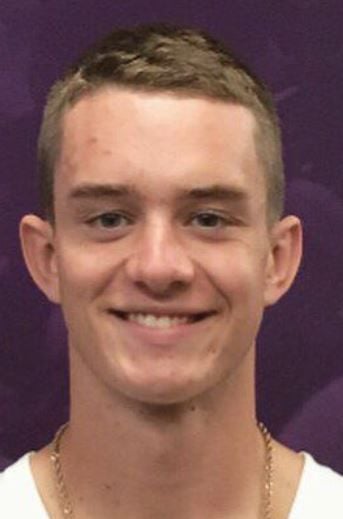 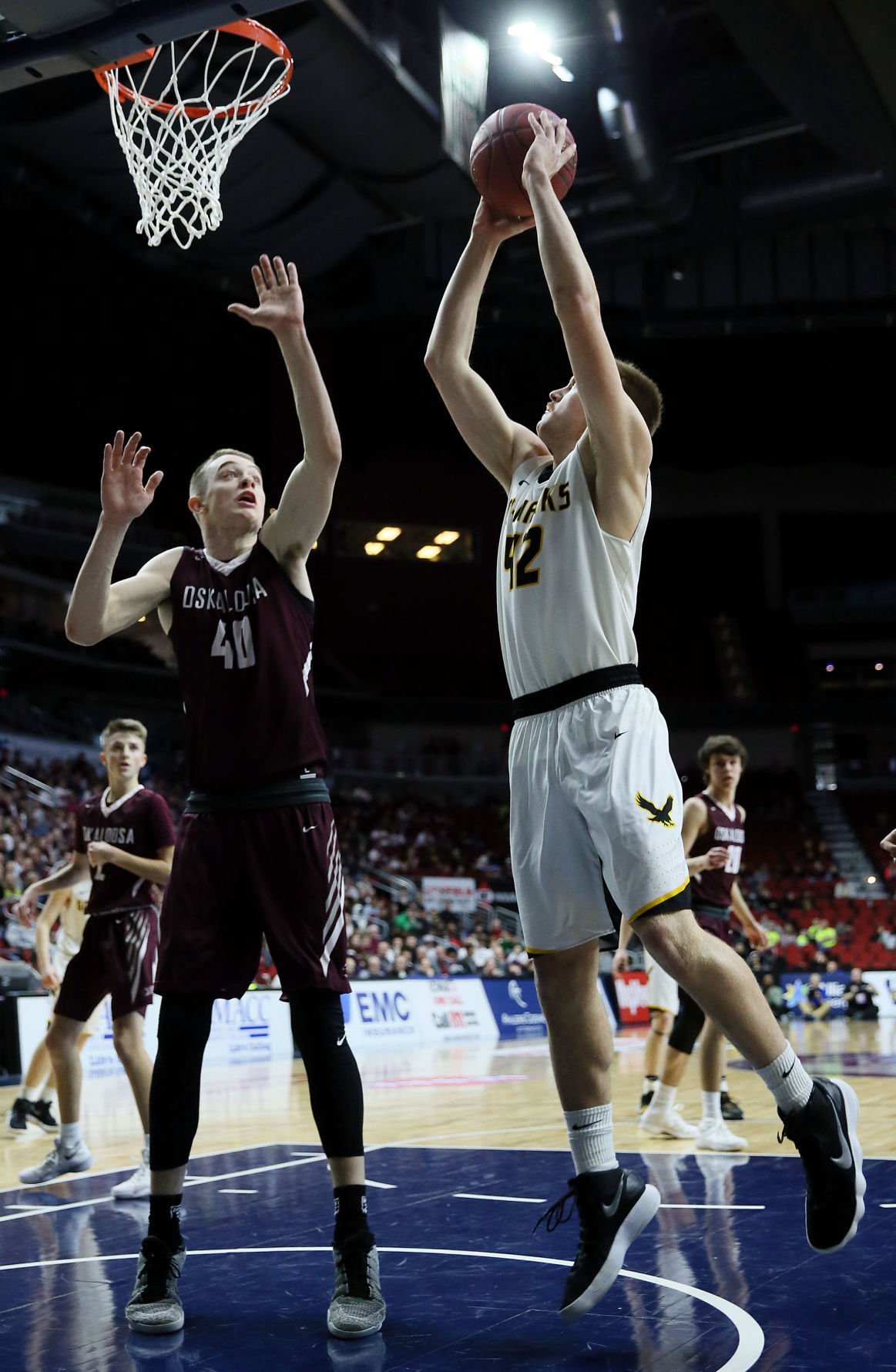 OSKALOOSA — Cole Henry’s focus has recently shifted toward making the correct reads entering his senior season as the quarterback of the Oskaloosa football team.

“UNI definitely has been my dream school,” Henry said during a Tuesday phone interview with The Courier. “Growing up, I watched a lot of games. Ever since Ali Farokhmanesh hit that shot to beat Kansas, I’ve always wanted to play at UNI. ... I’m excited to get this started.”

Henry has literally grown up on William Penn University’s basketball court in the NAIA college town of Oskaloosa. His father, John, began his tenure as the head men’s basketball coach at the university less than a year after Cole’s birth.

With the assistance of an adult lifting him up, Cole recorded his first basket inside the college gymnasium at age four. He, his younger sister Ellie (a high school sophomore), and mom, Maggie, have become accustomed to Thanksgiving dinners that include 15 to 20 Statesmen basketball players inside the family’s living room.

“He grew up in our locker room,” John Henry said. “That was a great thing, and it could be a bad thing at times. I remember in preschool he took our warm-up disc to school and played it for nap time, and it wasn’t appropriate.

Cole credits that access to a basketball court and his dad’s knowledge of the game as keys to his success.

“Having a gym open whenever I want to be able to work out elevated my game there at William Penn,” he said. “I’ve made most of my shots in that gym in the unseen hours. It’s my second home.”

Competing with the Cedar Falls-based Martin Brothers AAU program directed by Hank Huddleson over the past three years, Cole also credits club coaches and teammates for their role in helping him secure an offer from his dream school.

Plenty of talent can be found on Cole’s high school basketball roster, as well, with multiple Oskaloosa teammates the children of William Penn coaches and teachers. That group includes Xavier Foster, a 6-foot-11, highly-coveted 2020 recruit who recently secured an offer from Kansas.

Xavier’s dad, DaJuan, is an assistant on John Henry’s staff, and a former William Penn teammate of Ryan Parker.

“He’s one of my best friends,” Cole Henry said. “I have pictures of us when we were six years old cutting down the nets at William Penn when we won a conference championship.

“We’ve played one-on-one thousands of times, and it’s gone back and forth every time. Through all of that, I know I always have a workout partner and someone to make me better. I’ll drive him to be better, because I’m older than him and I can still push him around no matter what. We make each other better.”

“I thought I was raising a 6-foot-4 point guard,” John Henry said. “Myself being 6-4, I didn’t expect him to get to 6-9. When he was younger, I coached some of his teams and had the ball in his hands as a point guard.

“I wanted him to be a passer. It’s a big deal to me that he be unselfish and make his teammates better.”

Cole led Oskaloosa in assists last season, playing primarily a 4 position, and has also worked hard in the weight room while increasing his vertical and developing a perimeter shot.

“Being tall and able to see over my defender and stretch the floor out is definitely my favorite thing to do,” Cole said. “I’ve always said, ‘I’d rather have 10 assists than 20 points.’ It’s the same amount of points, but an assist to me feels better than a basket.”

OSKALOOSA — According to his Twitter feed, Oskaloosa senior-to-be Cole Henry, a 6-foot-9 forward, has committed to the Northern Iowa basketball team.