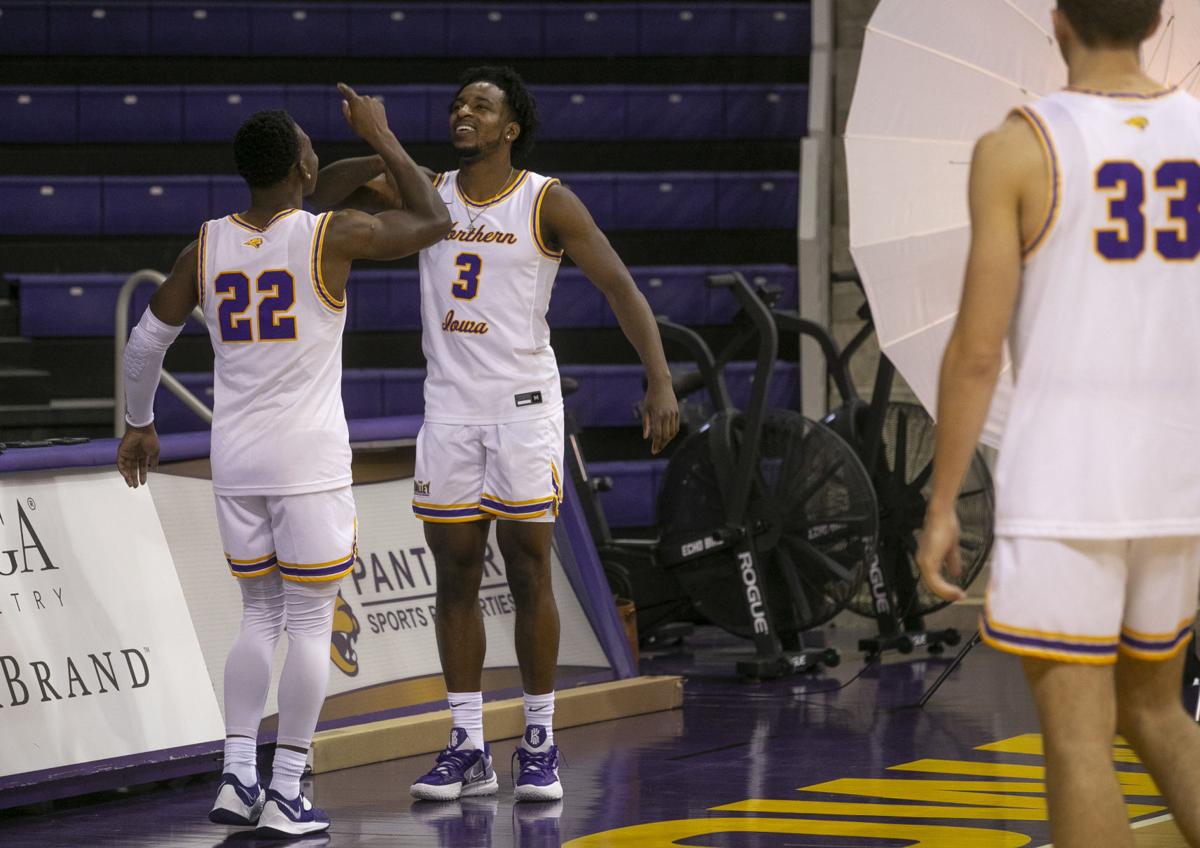 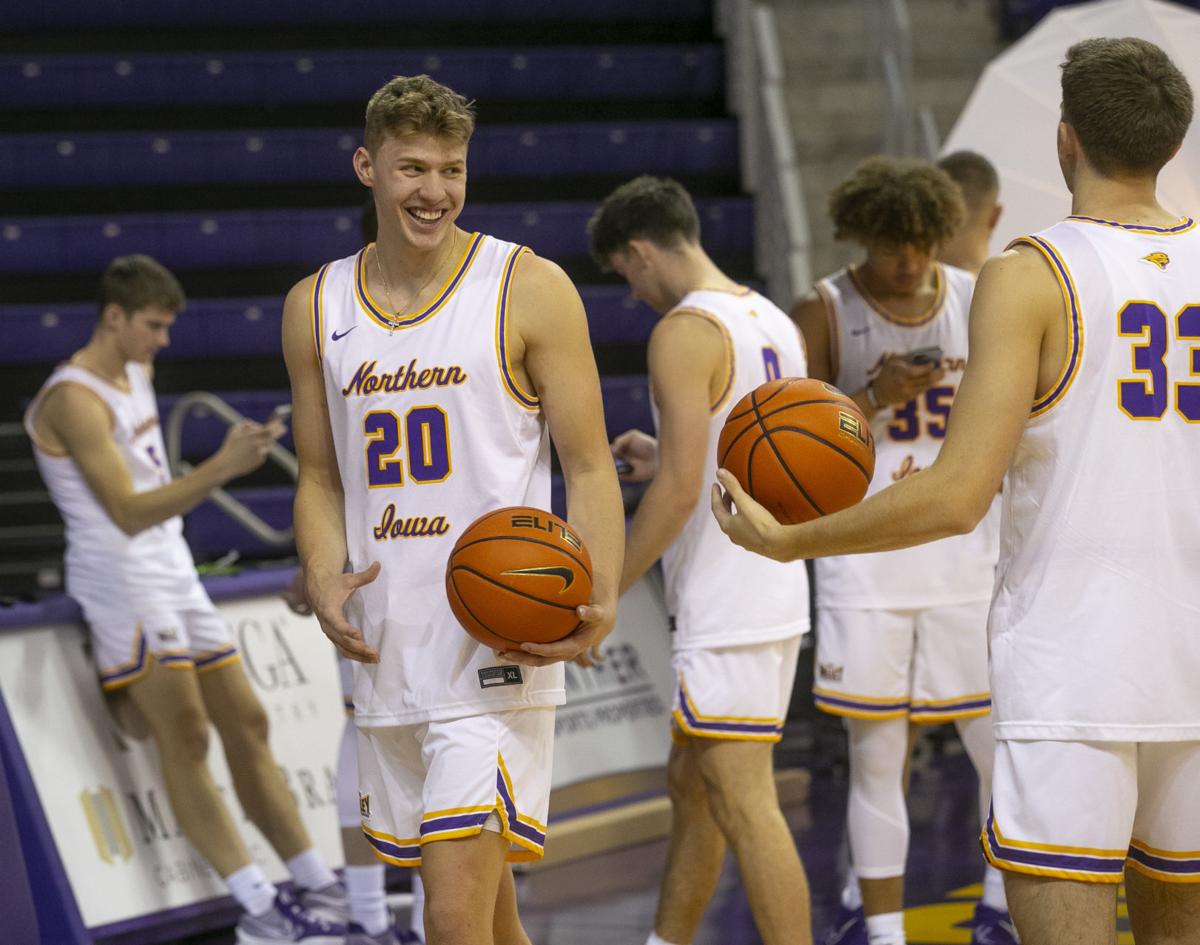 A year after injuries and other COVID related issues saw UNI stumble to a 10-15 season, including 7-11 in Missouri Valley Conference play, expectations are much higher entering 2021-22.

The Panthers have been picked to finish third behind Drake and Loyola in a preseason Valley poll.

Green missed all but three games last year with an injury that caused him to have in-season surgery on both his hips.

The return of Green isn’t the only thing that have hopes high in Cedar Falls and in order to get where the Panthers want to go, Jacobson and his squad have focused on three categories since official practice started in late September.

“We really like our roster,” Jacobson said. “It is a talented roster. We have an experience roster. It is a deeper roster.

“But those three things had to have happened.  Playing five-on-five starts to get you on the same page. If you defend and rebound you have a chance. And what might be most important is how are you going to get along, support each other.”

Then there is a young talented freshmen sophomore group with players like Antwan Kimmons, Bowen Born, Noah Carter, Nate Heise and Tytan Anderson.

The returners equate to 100 percent of UNI’s scoring and rebounding returning from last season and a boost with Green and Kimmons back in the fold. Kimmons also played only three games last year after returning home to Minneapolis during the pandemic to help with his family.

“This is comparable to some of our better teams,” Jacobson said.

To get the Panthers up to speed as quick as possible, Jacobson stressed the three aforementioned things.

UNI played more five-on-five in the preseason than any team Jacobson coached and that was to help get Green and Kimmons up to speed more than anything after a season off the courts.

All three of those things really popped Saturday in a closed scrimmage in Minneapolis against North Dakota State.

“Having all of our pieces together and just working…our offense in general looked great,” Phyfe said of the scrimmage. “Communication was good on the defensive end.”

“Offensively we have so many weapons,” Green said. “Every time down the floor it can be somebody else making a play or making a bucket. I think that is realy tough for teams to handle. Defensively, we had great energy and were flying around helping each other out. It was nice to see things we’ve been working on in practice carrying over into our first scrimmage.”

The return of Green and Kimmons, Jacobson agrees, would change a lot of team’s outlooks. Without those two, primary ball-handling duties fell into the hands of two true freshman – Born and Heise.

With Green and Kimmons back, Jacobson said the look of the team changes dramatically.

“Antwan, not at the same level yet, but with his speed in transition. He did it on Saturday. He is able to get past everybody and all of sudden you got three or four guys in the lane and he throws it out to Trae who throws it to AJ who is standing there wide open.

“Both those guys have the ability to make the game easier for their teammates and we have seen that.”

BOWEN OUT: Second-year guard Bowen Born is currently out of action with a hand injury.

“He is expected back somewhere between our opener on Nov. 9 and December 1,” Jacobson said. “I realize that is about a three-week window, but we are going to make sure he is healthy before we put him back out there.”

HENRY TO MISS THREE GAMES: Cole Henry, the 6-foot-9 sophomore, is suspended for UNI’s first three games for violating team polices from an incident that occurred in the spring.

“It has been addressed and dealt with. Cole is doing great right now, but for everybody to know he will not play in our first three games,” Jacobson said.

LEAGUE TALENTED AND DEEP: Jacobson said the Valley will be the best it has been in a long time.

“This is the oldest our league has been. The most experience it has been.”

Jacobson said the depth of the league will make for an interesting 18-game conference slate and could result in multiple NCAA tournament bids.

The 16th-year head coach said he hasn’t looked deep enough at his league’s opponent’s schedules, but had to say this about his schedule.

“I know we have a non-conference schedule that is good enough to get us an at-large bid,” Jacobson said. “Now we have to go and play…at Arkansas, at St. Bonaventure, Vermont, Nichols State … our schedule is terrific. So we have our chance so now you have to go do something about it and our guys are excited about it.”

ONE MORE SCHEDULE NOTE: UNI opens MVC play at Bradley on December 1, the first time a Jacobson coached team has played a conference game before Christmas.

“That is weird,” Jacobson smiled.

AJ Green and Antwan Kimmons each were without the game of basketball for an extended period of time last season. 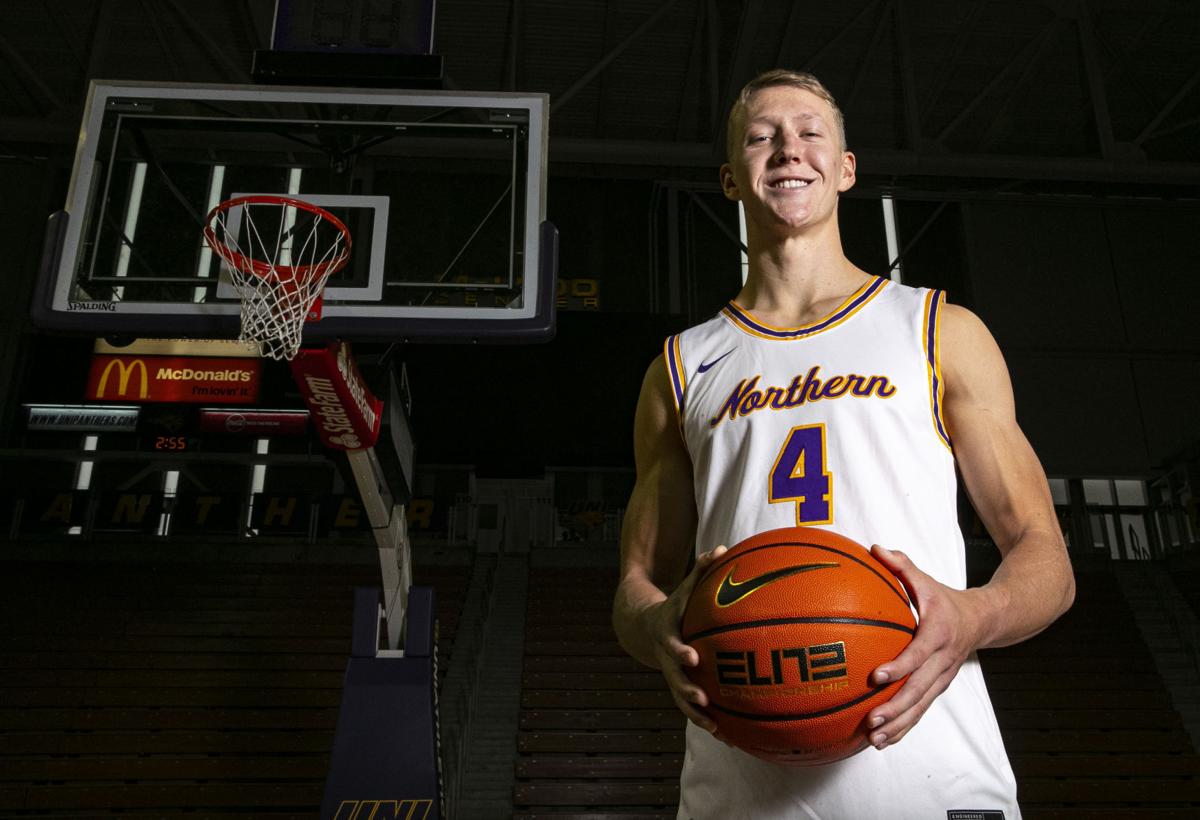 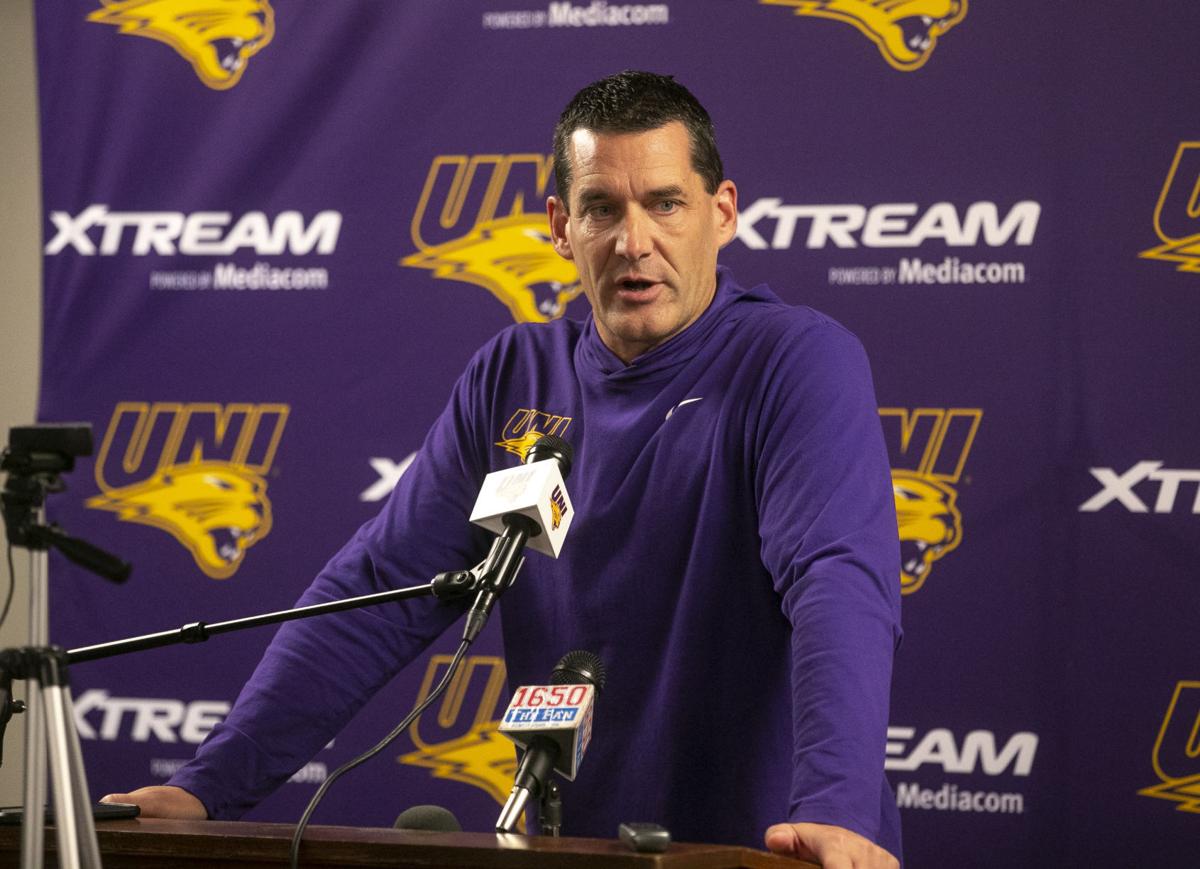 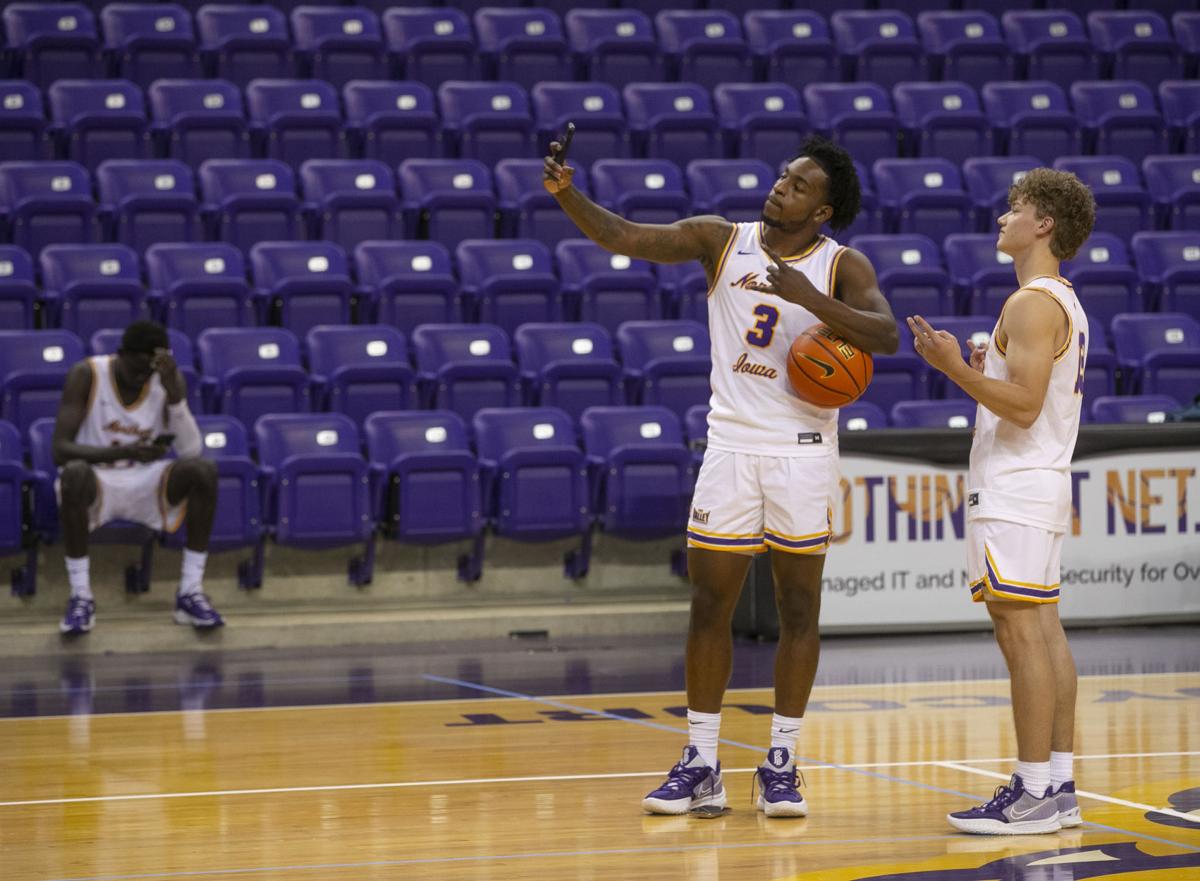