CEDAR FALLS – AJ Green describes the past three years as a blessing.

The University of Northern Iowa point guard has treasured every moment working alongside his father, who served as the associate head coach within the hometown basketball program he once had childhood dreams of joining.

“Having somebody there that knows your game so well so that he can pull me aside quick and say something about what he’s seeing, what I can potentially do out there — just having that pair of eyes was always very helpful,” AJ Green recalls. “On the daily basis, just stopping by his office, going to get lunch, having him around all the time has been a blessing. I’m so grateful for that and for the three years we’ve had when I’ve been able to be here with him.”

On a day it was announced that Kyle Green will join Iowa State head coach T.J. Otzelberger’s staff, the Missouri Valley Conference’s 2019-20 Larry Bird Player of the Year remained steadfast in his commitment to helping UNI’s program reach new heights.

“I’m not going anywhere,” AJ Green said. “The reason I want to stay here is just the support in the community. This is where I’ve been hooping my whole life. At CF (Cedar Falls), all the people in the community supported me there, and ever since I got here (to UNI) it’s all been love.

“There’s a lot of things that I want to accomplish at UNI within this program and with the guys we have on the team that we haven’t done yet, and that’s never been done. I want to do that here.”

Realizing how special the past three seasons have been, Kyle Green admits giving up the opportunity work alongside his son was far from easy.

“That was by far the hardest part of the decision because you only get so many years together,” Kyle Green said. “I’ve been blessed to have that opportunity to work side-by-side with him for three years.

“Ideal world, would I have been able to have this opportunity in two years or a year when he’s done? Yeah, but the other part of that is that he doesn’t need me there. He’s had great coaches around him. In some ways it will allow him to grow and be himself more without me.”

Trying to downplay his influence on AJ, Kyle points out that UNI’s post players were his position group.

This past season has been one filled with adversity for AJ Green after starting all 65 of UNI’s games and accumulating 1,119 points during his first two years collegiate basketball. Green injured his hip during the November season-opening tournament in Sioux Falls and underwent the first of two operations in December.

Rehab has gone according to schedule with Green now able to take 15-foot stationary shots.

“While it is still basic in the stuff that I can do, I am getting better and feeling better,” AJ Green said. “Until August comes around I’m just going to be focused on trying to get healthy and get back to 100% and not rush anything.

“Once I can start to kind of get back at it 100%, then I’ll shift my focus to really getting in game shape and getting back to working out on the court and playing with guys.”

Assessing his basketball future, Green plans to get feedback following the 2021-22 season to explore his professional options. He participated in the NBA draft process last summer and can declare again next summer with the option to pull out and return to UNI.

“I’m going to see what people are saying and see what my options are and go from there,” Green said. “I can’t say if it will be two more years or one more, it will be based on how next year goes for the team and for myself.”

While AJ will no longer be able to look over and find his dad on the bench, he knows Kyle will be watching.

“I don’t want people to think there’s bad blood,” AJ Green said addressing his father’s move to Iowa State. “This is something that he’s wanted and I support him 100%, and I want him to do this. I’m going to continue to do my thing here and he’s still doing to continue to come to my games and watch me and support me. This is just a different path for each of us. That’s how it should be at this point in our lives.”

PANTHERS SET TO RETURN: UNI coach Ben Jacobson met with his roster individually and as a group over the past week. Reshirt freshman guard Evan Gauger is the only player Jacobson anticipates won’t be back next season. Gauger has decided to enter the transfer portal and continue his career at a different school.

Sophomore forward Noah Carter removed his name from the transfer portal and will return. Antwan Kimmons also plans to return after opting out during his second season to help support family during the COVID-19 pandemic. Seniors Trae Berhow, Tywhon Pickford and Goanar Mar will take advantage of an extra season of eligibility.

“We got to work last week on Monday,” Jacobson said. “We’ve got a stretch right now where we can work out with the guys in the weight room and we can do individual workouts. The guys have been great. It’s been really good to be together and getting back to work.”

It was senior day for the UNI Panthers in its second to last home game this season. 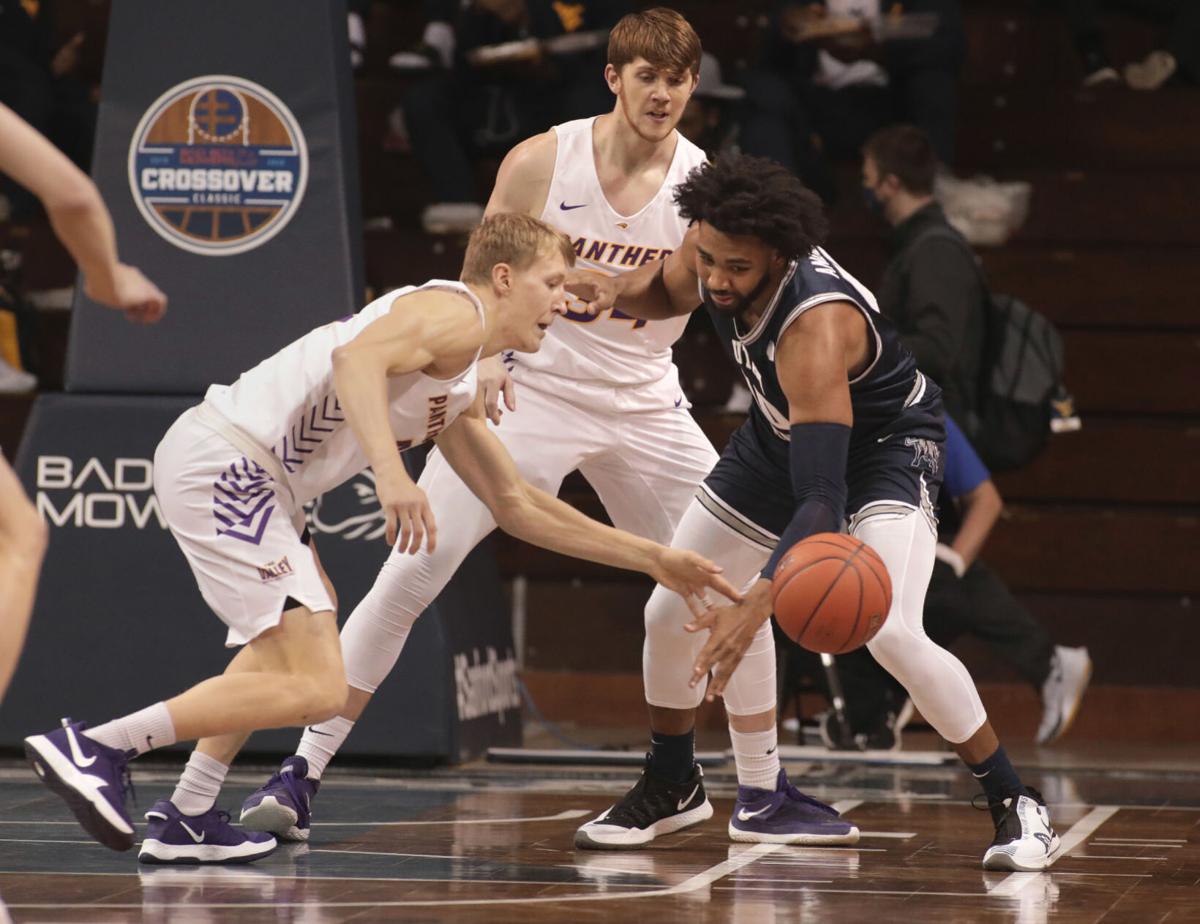 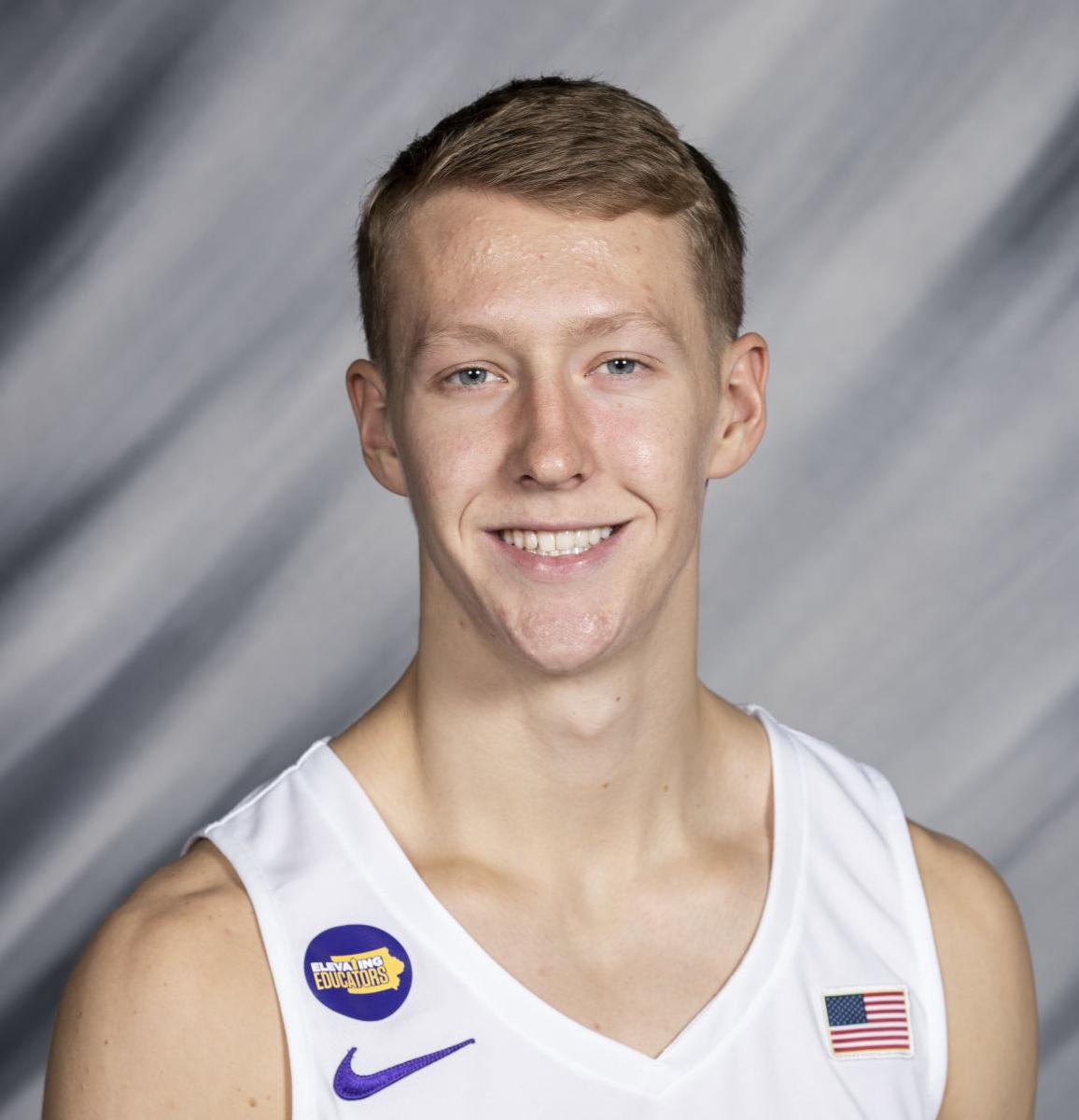