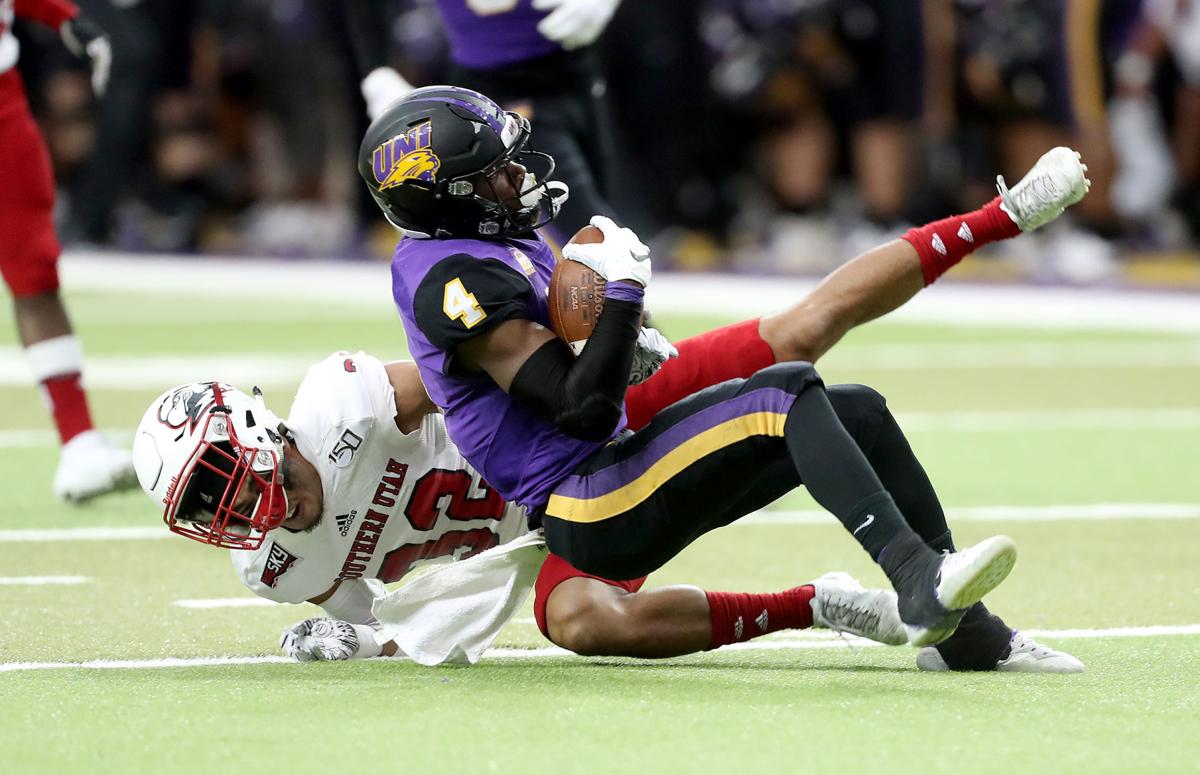 Northern Iowa's Deion McShane pulls in a pass and keeps his feet despite the tackle attempt by Southern Utah safety Alan Holsten last season. McShane continued on to the end zone for a touchdown. 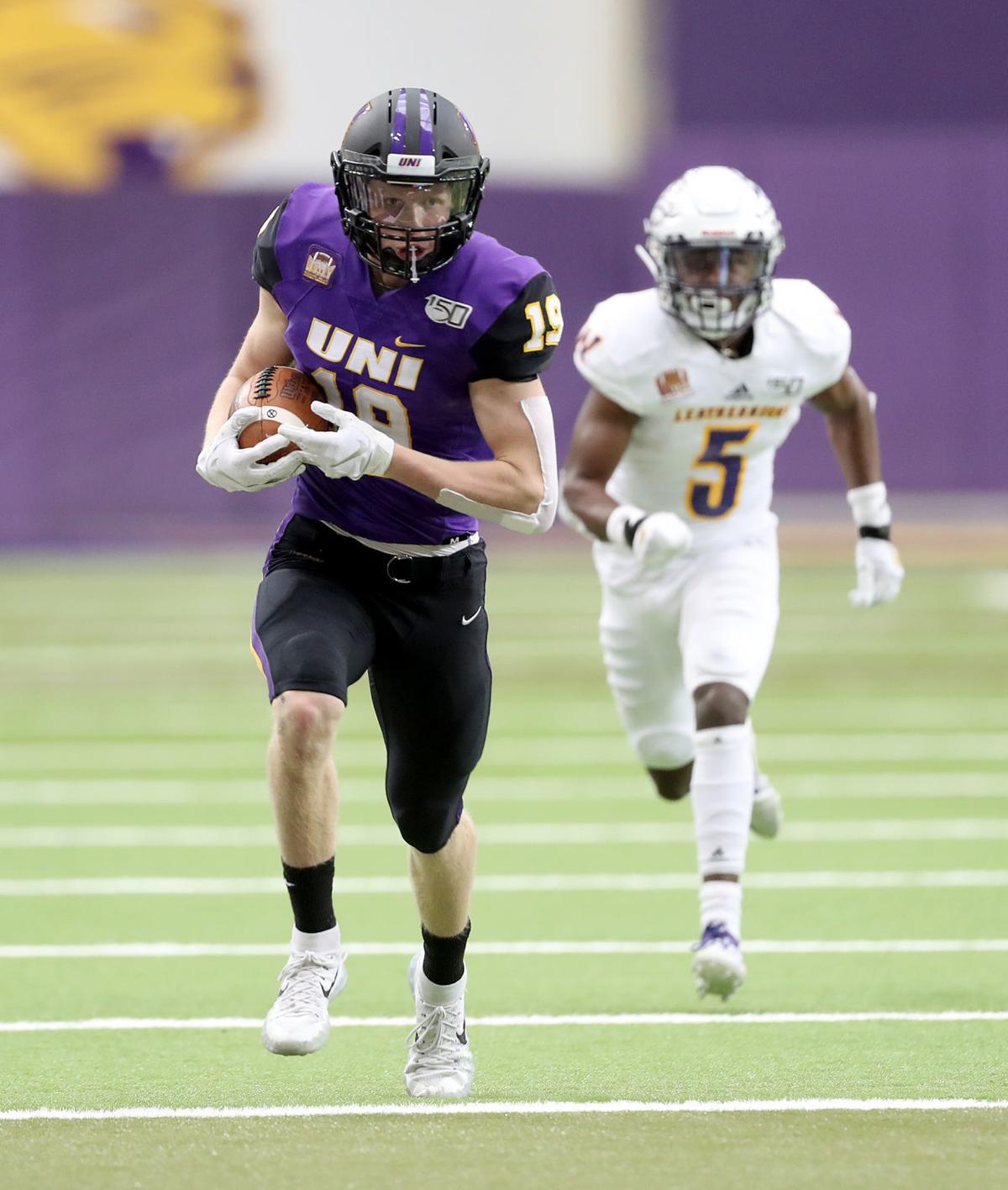 Northern Iowa's Logan Wolf heads to the end zone after pulling in a pass against Western Illinois Saturday.

CEDAR FALLS – It was the best single season in nearly two decades by a Northern Iowa wide receiver.

Tip of the hat, Isaiah Weston.

That is where the conversation starts with the Panthers when it comes to talking about their wide receiver group as a whole entering the 2020 season.

Weston, who missed the entire 2018 season with an ACL injury, did it in roughly 12 games as he was hobbled by foot and head injuries that caused him to miss three games and took him out early in two others.

“Isaiah had an impressive season coming off an injury,” UNI offensive coordinator Ryan Mahaffey said. “He can stretch the field and make contested catches and he can be better.”

With the production he had, Weston is sure to see extra attention in 2020. That means Mahaffey has to find consistent production from other sources after the graduation of two key seniors – Jaylin James and Aaron Graham.

The Panthers have many candidates in the form of Deion McShane, Suni Lane, Logan Wolf, Nick Phillips and Nick Fossey, who missed the entire 2019 season with injury, but was a player who caught 29 passes for 276 yards and three scores in 2018.

McShane had 25 catches a year ago, but like Weston, missed a chunk of the season with a knee injury and played in just a handful of games. After jockeying between safety and receiver, Lane seems to have found a home on offense and had three touchdown catches last season, including two in an upset win at Illinois State.

The highly touted Wolf, a Cedar Falls native, was forced into action late in the season and played in four games catching five passes for 99 yards and a touchdown. Senior Nick Phillips is another option with experience, and Iowa transfer Blair Brooks will be another player Mahaffey gives a strong look at in the fall.

“It is a talented group with a high ceiling,” Mahaffey said. “If they work hard and they except the challenge to get better that talent could be a very productive group and that is what we are about. Talent means something, but we are about productivity and we have to help them develop and use those natural gifts and talents to the max.”

“He is a 6-foot-3 receiver that runs great routes and has great hands and has three years left to play,” UNI head coach Mark Farley said.

In two seasons at Kansas, the 5-foot-8, 180-pound Hampton caught 28 passes for 221 yards, with 21 of those catches coming during his freshmen season.

“Quan will definitely make us better,” Farley said. “He is a slot receiver. He could be an X, could be a Z. He has great quickness and speed. What I really like about him was his desire to be great.”

— This is the final story in a position-by-position breakdown of the 2020 Northern Iowa football team.

Panther quarterback room is not only young, but extremely talented

Paup teaching his charges to be leaders

Panther defensive line coach teach his group to be the leaders on UNI's defense.

Rally in the Valley goes virtual

In response to the COVID-19 pandemic, the University of Northern Iowa Athletics Department and Panther Scholarship Club has changed the format of the 12th Annual Rally in the Valley presented by Cedar Valley Dental Associates.

Northern Iowa's Deion McShane pulls in a pass and keeps his feet despite the tackle attempt by Southern Utah safety Alan Holsten last season. McShane continued on to the end zone for a touchdown.

Northern Iowa's Logan Wolf heads to the end zone after pulling in a pass against Western Illinois Saturday. 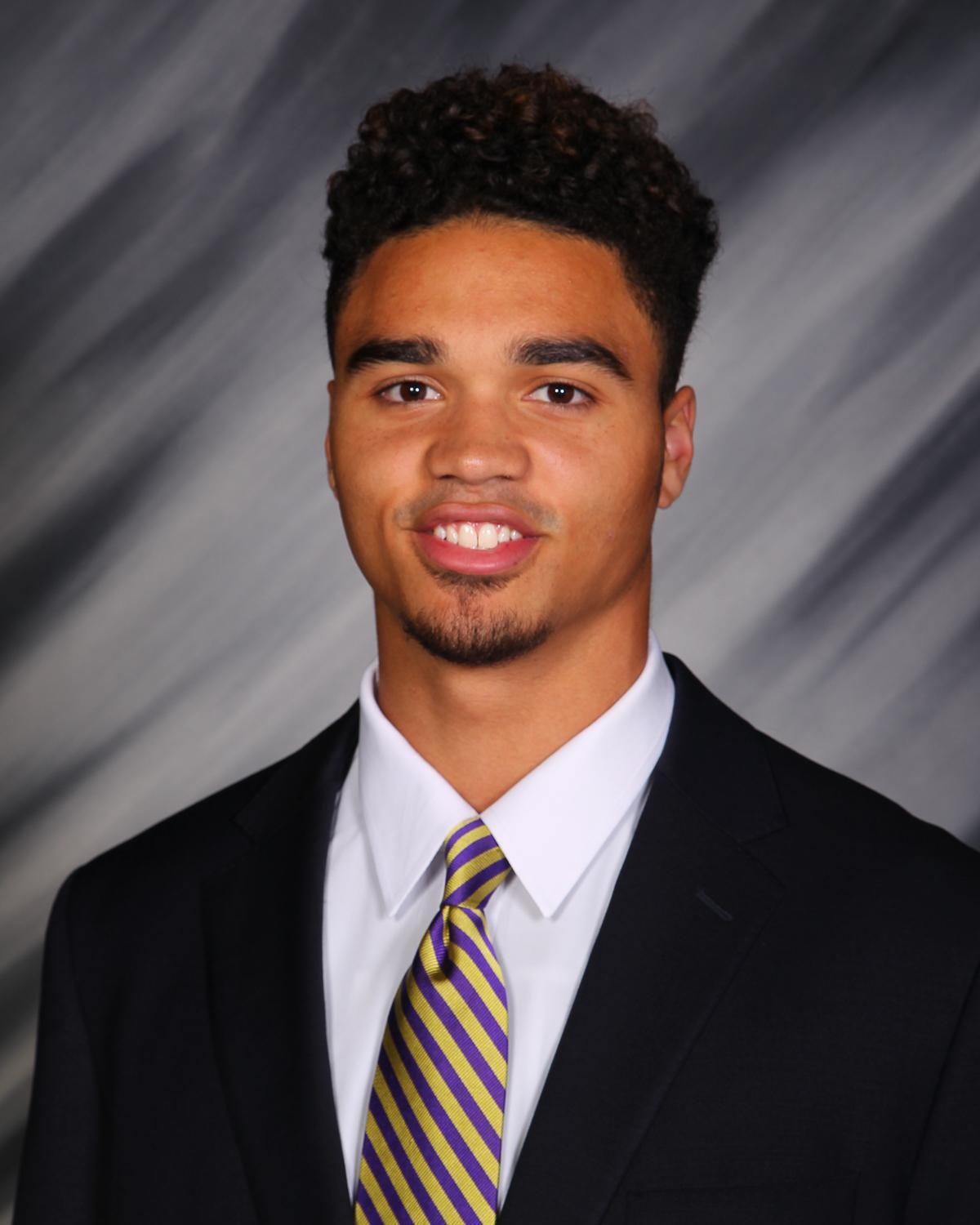 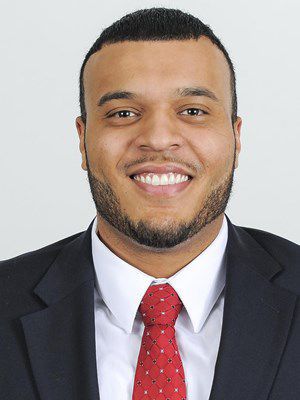