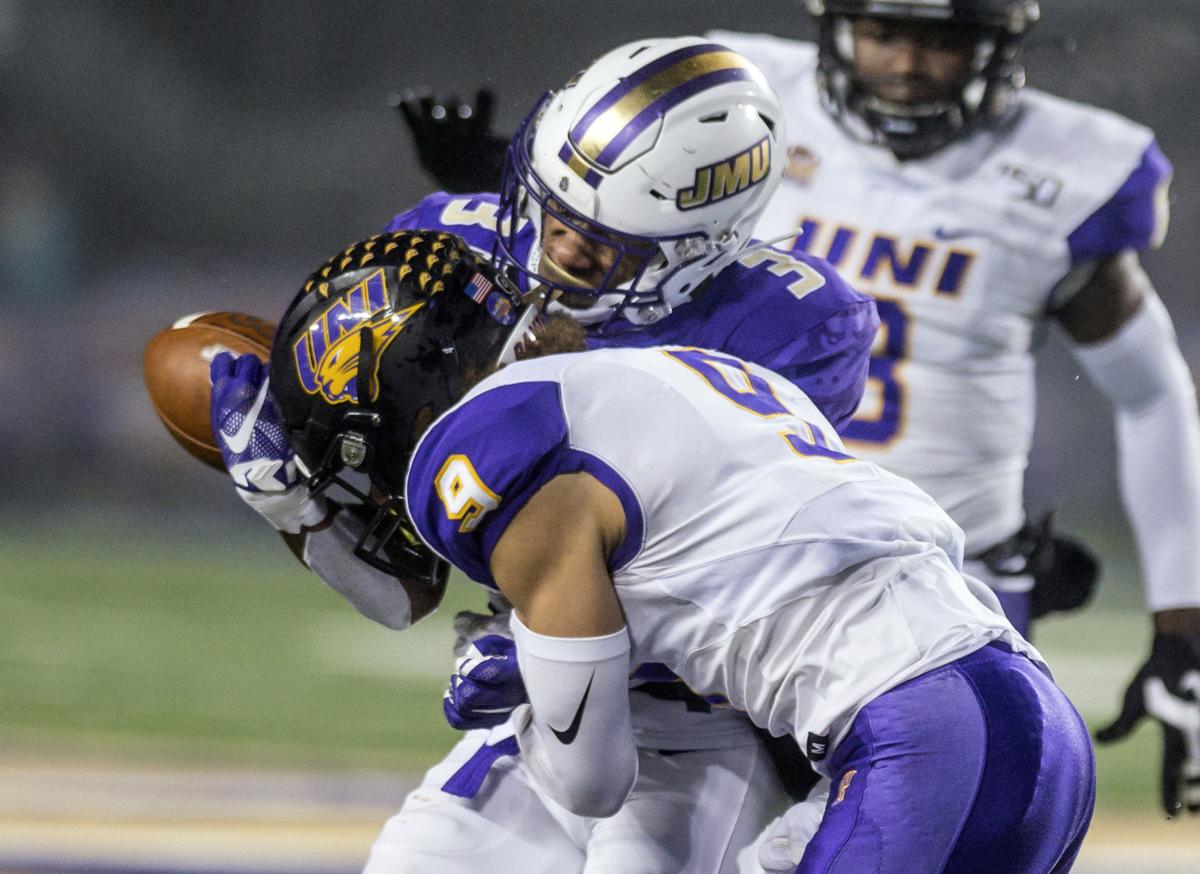 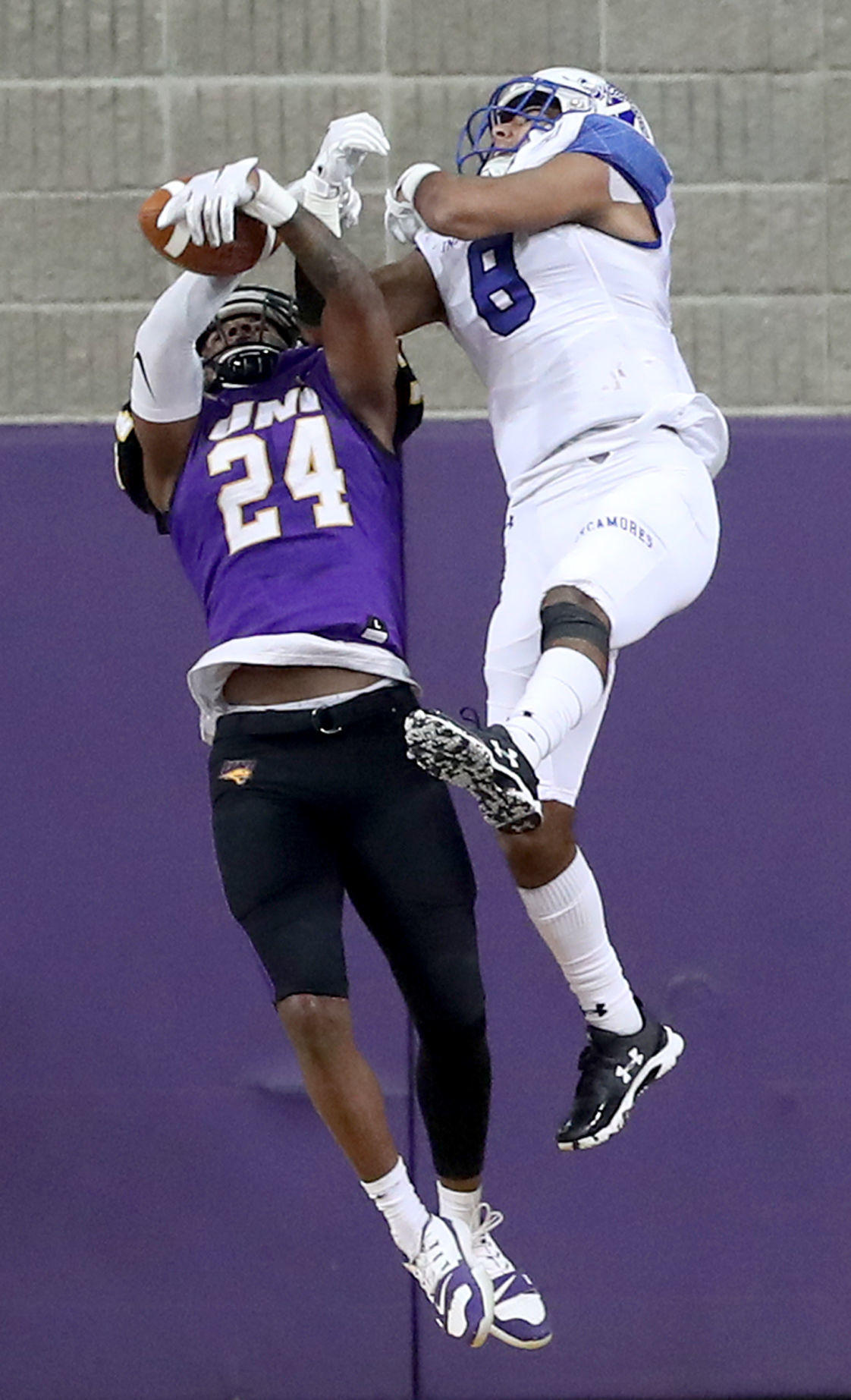 CEDAR FALLS – University of Northern Iowa football defensive coordinator Jeremiah Johnson has a mapped out plan for his 2020 Panther defense.

That document is more of a projection on Johnson’s part. In addition to his coordinator duties, he’s in charge of the defensive backfield and has an idea where he believes certain players will line up when UNI travels to Iowa City to face Iowa on Sept. 5.

Johnson agrees it would be safe to assume that all-American Omar Brown would be one of the starting corners. It would be fairly accurate to assume that Xavior Williams — who was an all-Missouri Valley Football Conference pick at corner in 2018 and again in 2019 as a safety — would line up somewhere on the Panthers’ backline of defense.

At the same time, Johnson — who will be entering his 13th season on Mark Farley’s staff — says it isn’t that simple. When Johnson says that, he stands tall with a core UNI football philosophy.

“We like those kids (defensive backs) to have position versatility because that allows us to play the best four all the time,” Johnson explains. “That is what we really like to do.”

Further explaining that concept Johnson said it was last spring when he began experimenting with Williams playing safety after the senior-to-be from Burlington had started at cornerback his first two years on campus.

Williams spent all of the 2019 spring learning the safety position with the idea that that knowledge would allow him to slide effortlessly from corner to safety or safety to corner when the 2019 season rolled around.

“As we think about last year, Omar really progressed fast which allowed us to move Xavier to free safety, and move Christian Jegen to boundary (safety) which solved a problem when Korby (Sander) tore his ACL in the spring,” Johnson said.

That experimentation in advance of the 2020 season was thrown out the door when COVID-19 and the protocols the university had to make to prevent the spread of the virus canceled spring practice.

Fortunately for Johnson and his defensive staff they’ve got several players with game experience and that coveted position versatility.

“Roosevelt Lawrence started all but one game last year (at corner), and he is gone, but Micah (Mayberry) started in his place that one game he missed,” Johnson said. “Micah is a big-bodied kid that will be a senior and potentially will slide in there to replace Roosevelt. Hopefully, Korby will be able to get back to full strength and he looked good when we were able to do our winter stuff I liked the way he was moving around.”

Sander was UNI’s second-leading tackler in 2018 with 93 tackles.

And then there is a Austin Evans, who very well could be the Panthers’ X-Factor on defense. As a freshman and sophomore, Evans appeared in 25 games, most of them at corner.

Last season, Evans played both safety and a position UNI refers to as slot corner/nickel, a hybrid position that Johnson says the defense to be faster by playing a little smaller body at that position in the structure of the Panthers’ defense and not lose anything.

“That could be interesting because Austin could go to corner, safety or slot corner/nickel,” Johnson said. “He is willing to be a physical and he can do a lot of things.”

There are other players Johnson is excited to see when fall practice rolls around, including Isaiah Nimmers, who worked his way into a regular role in 2018 before suffering a catastrophic knee injury in UNI’s 2018 playoff win over Lamar.

“He was never able to get his body back last fall, but I like the way he was progressing in the winter and was excited to see him in the spring and to see if he would be the guy who replaces Roosevelt,” Johnson said.

“The first 10 days of fall camp will be really, really important for us,” Johnson said. “On paper, you can slide some names into some of those spots, but you just never know because we have a lot of able bodies we can shuffle around.

“We have a lot of really good guys back there that I like and just what do we do to get the best guys on the field. What will our structure be and then we work around it to get the best kids in positions where they can make the most plays for us.”

A roundup of stories of spring UNI football.

Watson has been an offensive coordinator at Pittsburgh, Texas, Louisville, Nebraska and Colorado.

Among the players to sign with the University of Northern Iowa football team Wednesday was Cedar Falls quarterback Cael Loecher.

UNI's Moore will be ready

On Thursday, in what should’ve been UNI’s second spring practice, Moore was at a track running routes by himself.