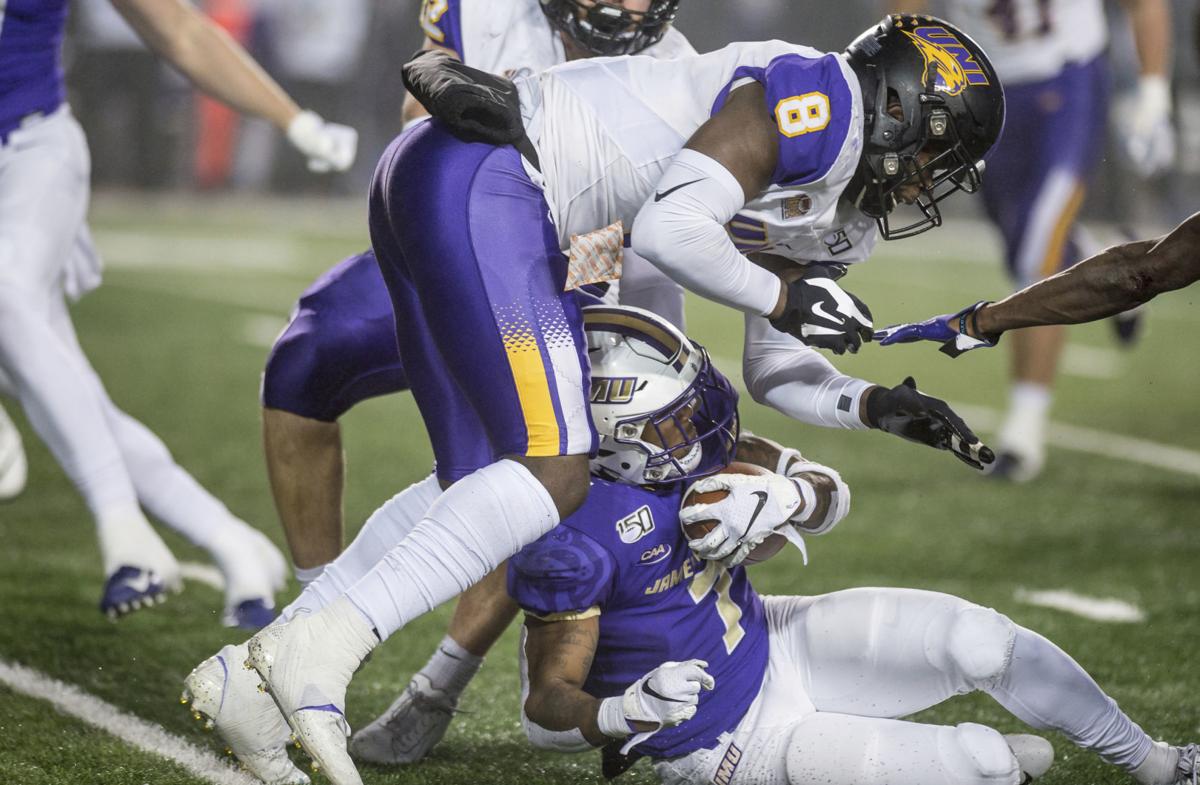 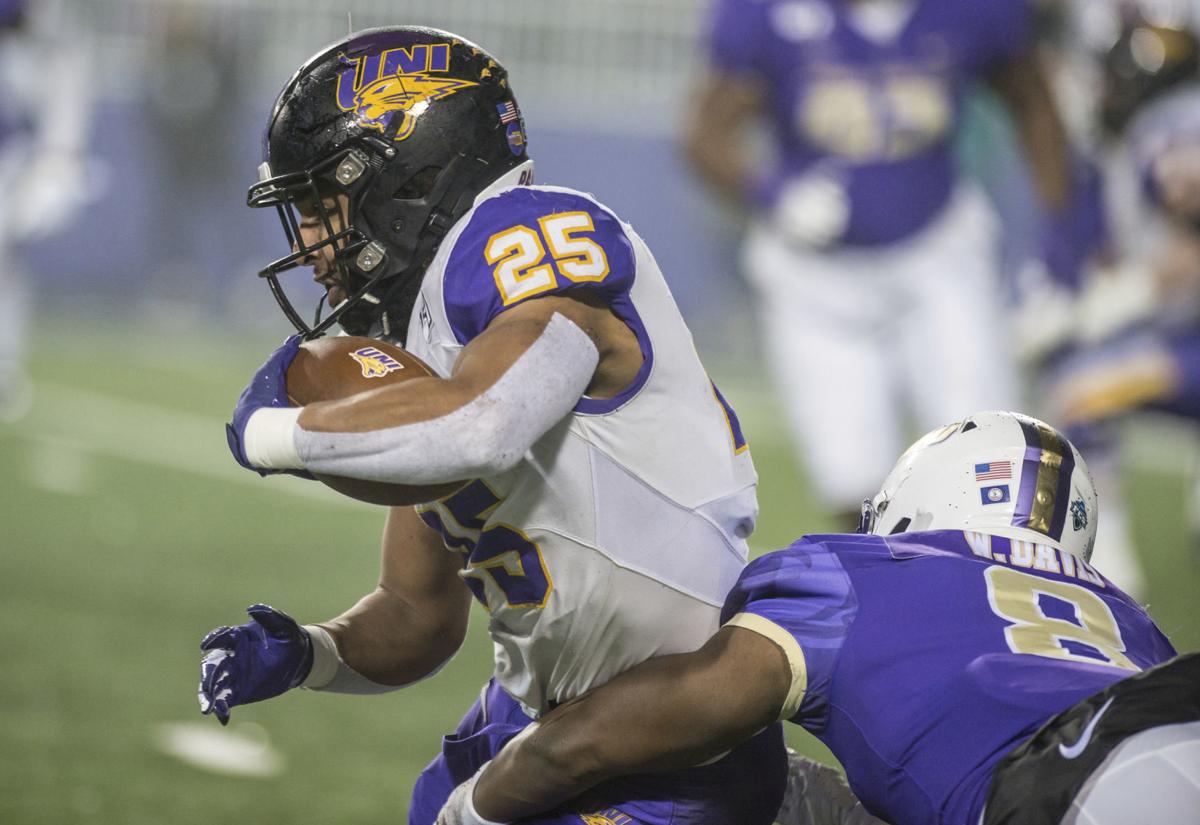 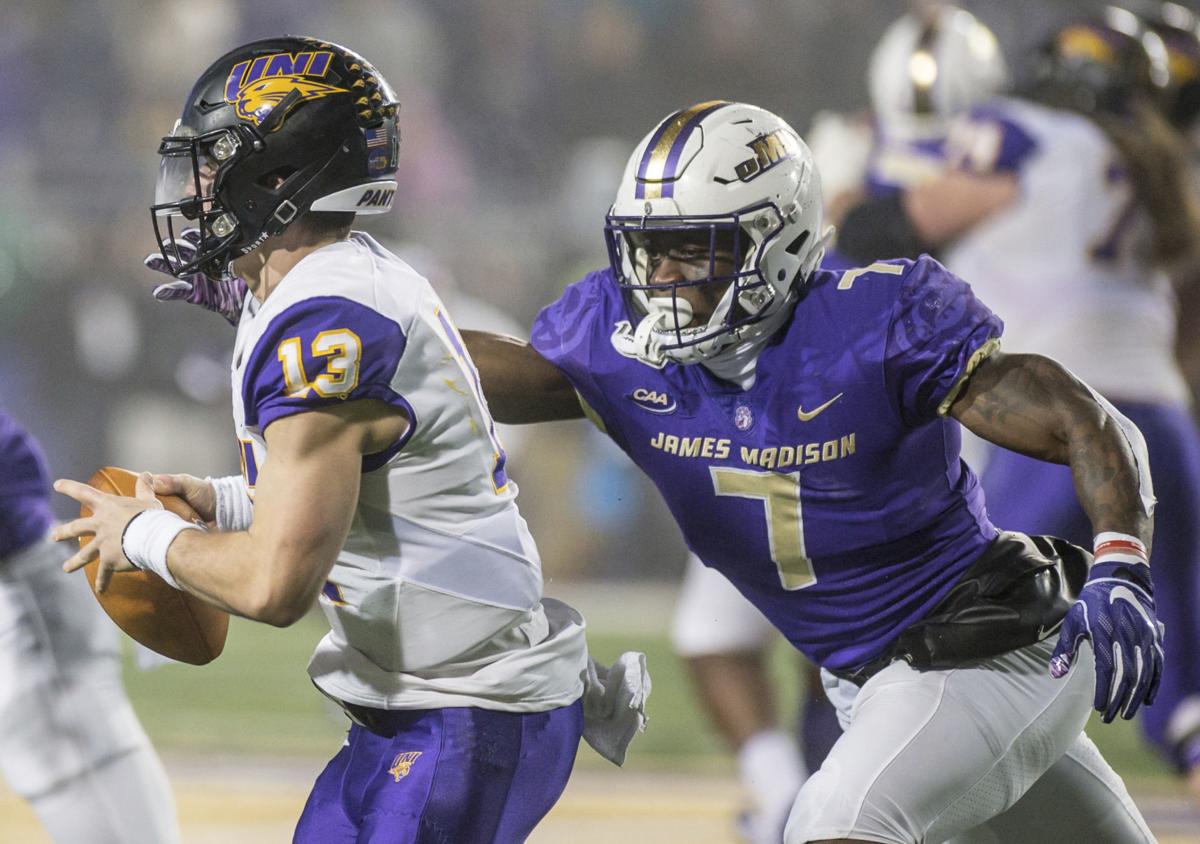 CEDAR FALLS — The hurt is still fresh for the University of Northern Iowa football team.

Friday’s 17-0 FCS playoff loss to second-seeded James Madison in Harrisonburg, Va., was not how the Panthers wanted their season to end.

Overcoming numerous injuries and a challenging schedule second to none, UNI ran into a team Friday against which it couldn’t manufacture a victory.

The Panthers’ strategy stayed true to the identity UNI had developed in the closing weeks of the season when well-documented injuries to numerous offensive contributors took away valuable parts of the offense.

Counting on its defense to play shutdown football and its offense to find ways to score enough points, UNI earned its first quarterfinal appearance since 2015. And for the most part, everything was close to plan in the loss to James Madison.

“We were in that thing all the way until I went for it on fourth down,” said Panther head coach Mark Farley. “We won games like that all the time this season. That is how we got here. It wasn’t kind of. It was everything we came in here to do to win a close game

“They did a great job with their defense … it wasn’t kind of. It was a ball-game until I went for it at the end.”

The game was 10-0 when Farley went for it on a fourth-and-two from the Panther 14 and Will McElvain was sacked at UNI’s 1-yard line. James Madison scored on the next play to make it 17-0 with 2 minutes, 19 seconds left.

Friday, the Dukes knew UNI’s offense was decimated by injuries and challenged the Panthers to beat their press coverage, blitzing frequently, and getting outstanding play and constant pressure from its front seven.

Moving the ball and scoring would’ve been a tough task had the Panthers been at full strength. Without 1,000-yard receiver Isaiah Weston, tight ends’ Briley Moore and Tristan Bohr, and running back Alphonso Soko, it got harder.

With speed to burn, James Madison shut down UNI’s run game, holding the Panthers to zero rushing yards. Dropped passes hurt when plays were there to be made in the passing game. The end result was the Panthers’ first shutout defeat since losing to Iowa State, 27-0, in 2010.

It was a tough night for a unit that, when healthy, showed the capability of producing big plays and long drives.

Defensively, the Panthers got the effort and performance they needed. Despite facing 88 plays and being on the field for 42-plus minutes, UNI continually found ways to keep James Madison off the scoreboard. The Dukes, who ranked No. 1 in the FCS with a 44.1 scoring average and top-five in total offense at better than 490 yards a game, were held to 17 points and 346 yards.

UNI forced three turnovers, including a Xavior Williams interception in the end zone.

In the end, it was a season the Panthers can build on and one they can be proud of. They were right there with the best at the end.

UNI (10-5) finished with its first 10-win season since 2011. The Panthers’ five losses started against Iowa State in triple-overtime with the Cyclones eventually earning a date in the Camping World Bowl in Orlando.

Of UNI’s four FCS losses, three of those opponents — Weber State, James Madison and North Dakota State — will play in the FCS semifinals next week. The Panthers avenged a loss to South Dakota State, which was seeded seventh in the playoffs.

Even with those losses, there are players already in the fold with previous starting experience.

Freshman Logan Wolf will step in for James after playing four games down the stretch. Tyler Hoosman, Soko and Nick McCabe give UNI options at running back. Factor in the return of Moore and Bohr to a group of Jayden Scott, Brock Hadachek, Alex Allen and Maverick Gatrost and tight end should be a position of strength.

Up front, Erik Sorensen rotated in with Nick Ellis at right guard and could flip over to fill in for Scott-Brown with Matthew Vanderslice, who was forced to play tight end because of the injuries, sliding back into the offensive line.

Defensively, Brawntae Wells was a dominant force as a back-up to Thomas, and when Thomas went down in the regular-season finale raised his game to another level as a starter.

At safety, Korby Sander, who recorded 93 tackles as a sophomore before missing all of this season, will return while players like Jevon Brekke and Spencer Perry played substantial roles in the defensive backfield this season.

Drew Bennett won a championship for UNI Saturday as the Panthers hosted the UNI Open.

James Madison's defense chased UNI into next season Friday in the quarterfinal round of the FCS playoffs.

The UNI wrestling team will get a little break before returning to the mat Dec. 29-30 at the Midlands Championships.

College football: UNI signs a group that can develop into great players

UNI's football recruiting class is filled with talented prospects. Now it's up to the Panther coaching staff to develop them.