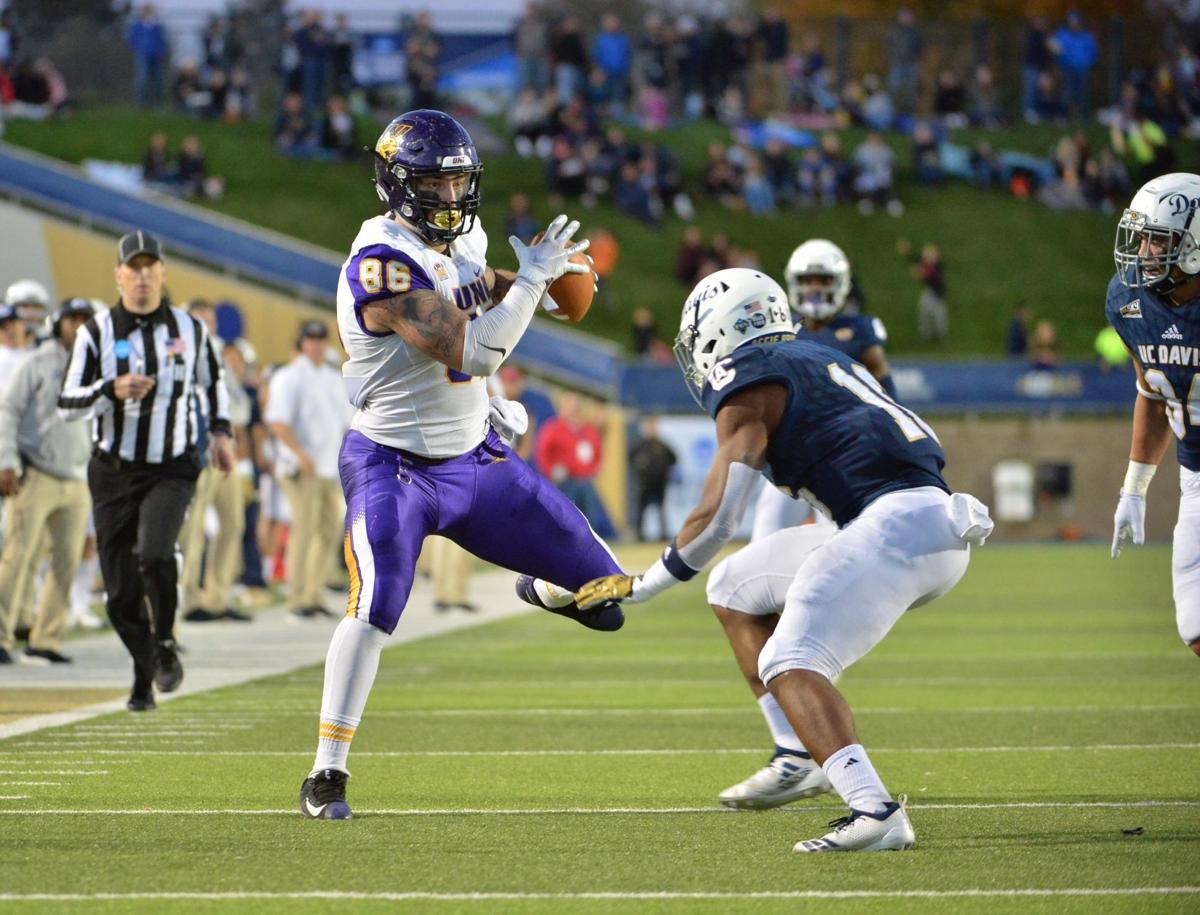 UNI tight end Briley Moore catches a pass during last season's FCS playoff game at UC-Davis. Panther head coach Mark Farley said Monday Moore could be out for the season with a shoulder injury he suffered against Iowa State. 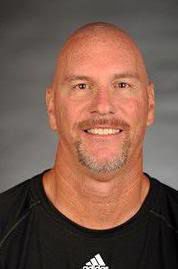 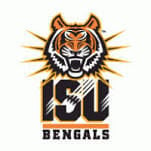 On Saturday, Phenicie and the Bengals get to visit Cedar Falls again when ISU plays ninth-ranked Northern Iowa at the UNI-Dome in a 4 p.m. kickoff. The Panthers and Bengals have not played since UNI won 49-11 in the UNI-Dome in 1992.

Back in March of 2017, Phenicie was offered the wide receivers coaching position on Northern Iowa’s staff by UNI head coach Mark Farley, just two months have he had been promoted to offensive coordinator at Idaho State in January of that same year.

“I just brought him in for two days to see what he could do,” laughed Farley Monday. “He is a great guy. He is very intelligent. He will have a great game plan. He knows how to throw the football.

“I’ve just known him for years. He has a great mind for the game. That is why I liked him.”

Phenicie, according to an Idaho State Journal 2017 report, had been contacted by UNI defensive coordinator Jeremiah Johnson about joining the Panthers’ staff in early March of 2017. He accepted the position on March 20, and his first day on the job in Cedar Falls was Saturday, March 25. His last was March 29, a Wednesday.

“It was an opportunity (the jump to UNI),” Phenicie said to the Idaho State Journal . “The pay scale was higher. Northern Iowa is consistently a top 10 FCS team. In this profession, if you have the opportunity to move up, you do it.”

In a side not to that story, former UNI assistant Pat McCann had been hired to coach wide receivers at Idaho State also in 2017. When Phenicie returned to Pocatello, McCann took the job he vacated at UNI. McCann left UNI last year to return to his native state where he is now an assistant at Eastern Washington.

MOVING UP: Despite not playing last week, the Panthers (1-1) moved up two spots in the newest FCS Stats Top 25 to No. 9.

MOORE COULD BE OUT FOR YEAR: Preseason all-American tight end Briley Moore, who was injured against Iowa State, could be out for the year with a shoulder injury.

“It maybe for the season,” Farley said. “There will probably be nothing new on Briley until three quarters of the way through the season is over ... into October.

“It is not a muscle tear, it is something other than that. It is kind of unique to his situation. He has went to multiple people, multiple doctors and gotten different conciliation to get the best advice because it is a little bit different than what you normally see.”

With Moore out, senior Tristan Bohr moves into the top spot at tight end with redshirt freshman Jayden Scott and junior Matthew Vanderslice transitioning back from left tackle to tight end, a move he made in the opposite direction two seasons ago.

PRODUCTIVE OFF WEEK: The Panthers had a fairly physical five days of practice before getting Saturday and Sunday off.

Farley said the team came through the week healthy and better.

“It was excellent,” Farley said. “We got some things done personnel wise ... cleaned some things up, nothing really drastic. Looking forward to getting back out there today because we gave them the weekend off.”

For the second time in three days, the Waterloo Black Hawks were taken behind the woodshed and whipped in a 7-5 exhibition loss to the Madison Capitals Sunday at Young Arena.

It took six hours to complete, but the wait proved to be worth it Saturday for an Iowa football team which won for the fifth straight time in its series against instate rival Iowa State.

This isn’t the first time Keith Duncan has found himself in the spotlight.

UNI women's golf: Panthers fourth after day one at Loyola

Allard commits to wrestle for UNI

UNI football: Weston happy to be making an impact

A year after suffering an ACL injury, redshirt sophomore Isaiah Weston is back as strong as ever for the UNI football team.

UNI tight end Briley Moore catches a pass during last season's FCS playoff game at UC-Davis. Panther head coach Mark Farley said Monday Moore could be out for the season with a shoulder injury he suffered against Iowa State. 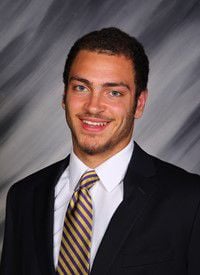