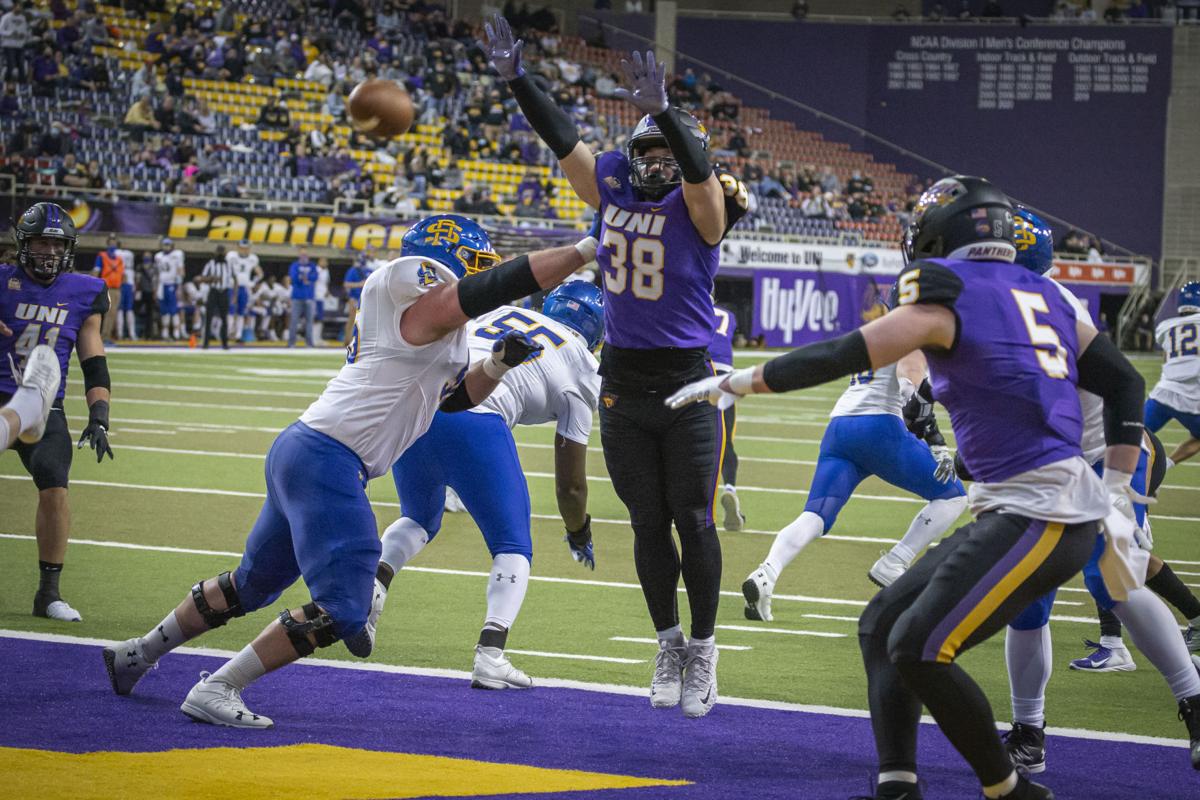 Northern Iowa's Zac Kibby attempts to block a punt during last Friday's season-opener against South Dakota State inside the UNI-Dome. 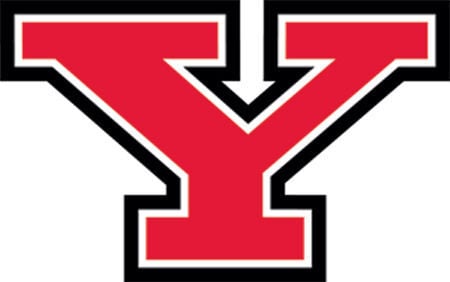 It was business as close to usual this week for the Northern Iowa football team.

Outsiders had a doom and gloom feeling after the Panthers’ 24-20 loss to South Dakota State last week in their spring opener.

In a condensed seasons and a shortened playoff field many outsiders fear UNI is already on the FCS playoff bubble.

That was the furthest thing from head coach Mark Farley’s mind as he began prep for Saturday’s road trip to Youngstown State where the fifth-ranked Panthers have not won at since 2010.

Farley was more concerned about analyzing why he saw two different UNI teams against SDSU. The one that struggled in the first half to do things right, and the other with minimal adjustments that dominated and nearly rallied for victory in the second half.

“It was thinking without overthinking about what happened…everybody else can worry about the other stuff, I’m trying to get them ready for this week.”

The other challenge for getting ready for the Penguins was where would UNI practice?

With the Missouri Valley Conference Indoor Track and Field championships taking place this weekend, the turf inside the UNI-Dome was up.

UNI has been utilizing the SportsPlex in Waterloo, but that has its own limitations. Fortunately this week’s warm temperatures allowed the Panthers to use Wartburg College’s outdoor turf field in Waverly.

Farley said as a last resort he was ready to use a UNI-Dome parking lot.

As far as Youngstown, there is some new and some old within the Penguins.

Gone is former coach Bo Pelini and in is Doug Phillips who took over the program after spending the previous three seasons at the University of Cincinnati.

“They don’t do anything that we haven’t seen in this league,” Farley said. “I’m sure they will bring their own personality to it. I do think they’ve always had the talent. They played two quarterbacks when they played at North Dakota State. One is a little bit different from the other by as far as watching them from a fan base I don’t think you will see anything different formations or defenses that out of the ordinary.”

Mark Waid and Joe Craycraft each got snaps against the Bison for YSU. Waid engineered the Penguins only scoring drive. He was 8 for 11 for 75 yards and he led YSU in rushing with 11 carries for 26 yards.

The Penguins were held to just 171 total yards, but their defense allowed NDSU only 317, although 243 of those came on the ground.

The Panthers know they will need to run the ball better Saturday than they did against SDSU where they were held to 28 yards on 25 carries.

“We didn’t perform well enough as a unit to rush the football,” Farley said. “I did like how Dom (Williams) ran, but we didn’t execute well enough across the board to be successful at it.”

UNI has lost its last three games in Youngstown and is 3-14 all-time at Stambaugh Stadium.

“They call it the Ice Castle and that is when you are playing there in October,” Farley said. “Think about what it is like now.”

Farley said he felt for the most part game day ran smooth but upon review there were things the staff need to clean up and that was a priority this week.

“It did make us adapt and it took time. The big thing is that stuff takes time, takes time away from other things you wish you were doing.”

Are the Green Bay Packers pretenders?

The Panthers snapped a three-game losing streak in Youngstown winning for the first time in the Ice Castle since 2010.

Northern Iowa's Zac Kibby attempts to block a punt during last Friday's season-opener against South Dakota State inside the UNI-Dome.