Saturday the 16th-ranked Panthers want turn the page when they host No. 21 South Dakota at the UNI-Dome.

“It is huge,” safety Korby Sander said of having an immediate response to the loss. “We have been preaching that game wouldn’t make or break us. It was how are we going to respond?

“This week in practice we have, and I think we will Saturday.”

The Coyotes are coming in riding high after a 20-13 victory over then No. 15 North Dakota last week. USD improved to 4-2 overall with the win and did it with a stingy defensive effort and a varied offensive attack.

Defensively, the Coyotes have been tough to run on. Opponents have run for just 290 yards on 112 carries (2.5 yards per carry) and USD is one of two FCS programs that have yet to allow a rushing touchdown.

Jaxson Hoppes not only kicks FGs, he kicked brain cancer's butt, too

Until being held to 124 yards last week by NDSU, UNI had posted better than 190 rushing yards in each of its previous three games and the Panthers have had at least one rushing touchdown in four straight games.

“They changed their philosophy of their defense in the spring and have had more time to work within it so it has got more things to it,” Farley said. “They went basically from a four-man front to no a three-man front but a multiple front that makes you prepare in different ways, can create confusion in protections and things like that.”

The Panthers have yet to allow a running back to rush for more than 100 yards in a game. That will be a big challenge Saturday against a Coyote offense that averages 200 rush yards a game and 200 pass yards a game.

After starting his first two seasons, and the first two games of 2021, McElvain was replaced as QB1 by Theo Day at Sacramento State.

Last week, Travis Theis became the third different Coyote running back to run for more than 100 yards in the last four games.

Stopping that strong rushing attack will be key to the game as USD has averaged just 82 yards rushing in the five games it has lost to UNI since 2014.

Camp has passed for 1,147 yards and nine scores, and Bettendorf native Carter Bell leads the team with 23 catches for 371 yards and two scores.

“They have a great team coming in here with a lot of great weapons,” Sander said. “A high tempo team. We are going to probably see 90, 100 snaps. They are going to attack us with speed. We are super strong up front, so I think they will attack us on the perimeter and vertically.

“The main key is getting stops early on first down and not letting them get into tempo.”

UNI has won three straight in the series and the Panthers are 10-2 against the Coyotes dating back to 1982. USD last won in the UNI-Dome in 2013.

DONE FOR THE SEASON: Freshman wide receiver Logan Wolf will miss the remainder of the season with a hamstring injury.

Wolf had not played since UNI’s loss at Iowa State where he re-aggravated a prior injury while making his only catch of the season, a nine-yard gain. 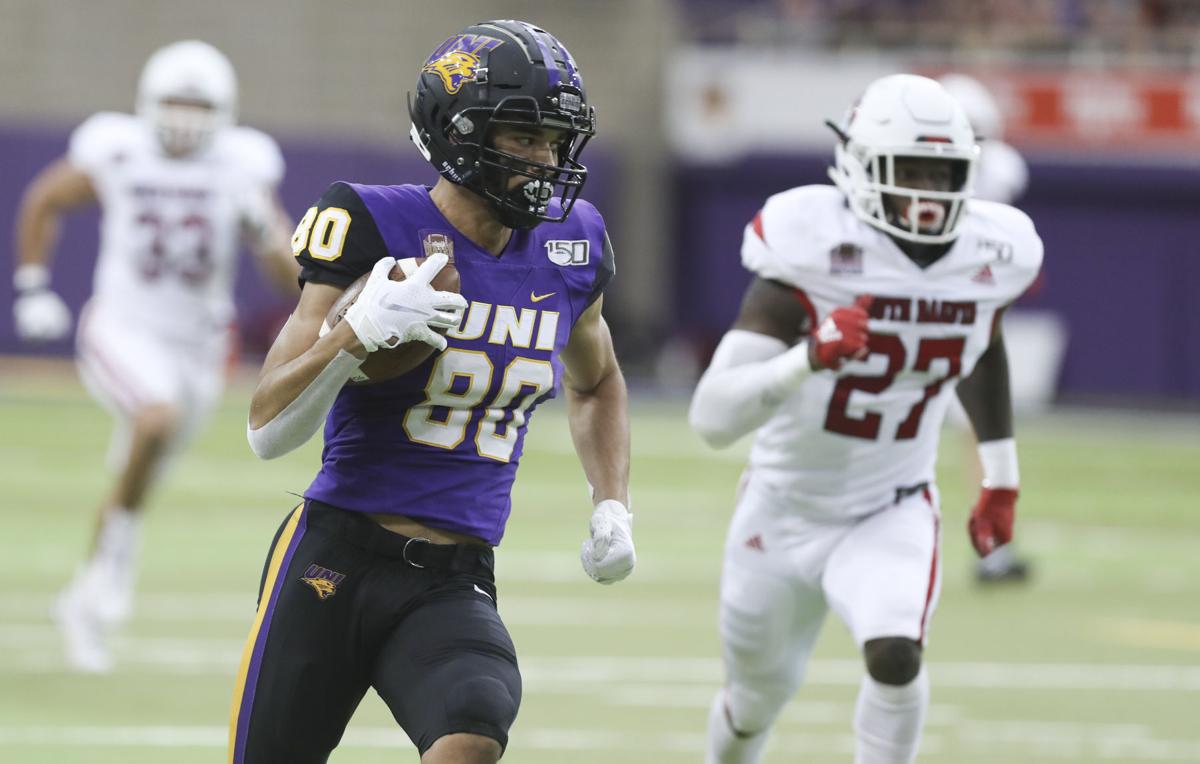 UNI's Isaiah Weston breaks away for a touchdown in a 2019 win over South Dakota in the UNI-Dome. 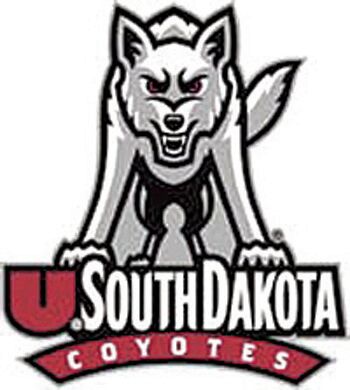