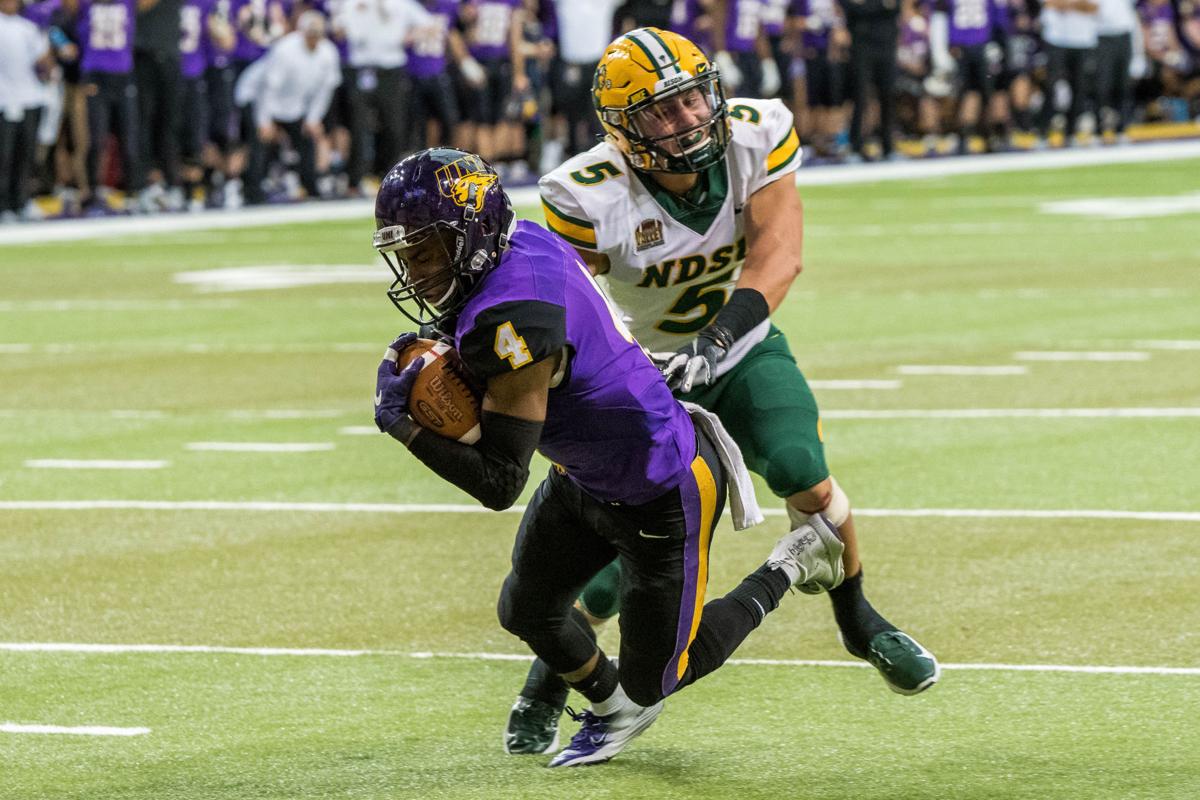 Northern Iowa receiver Deion McShane catches a touchdown pass in a game against North Dakota State in 2018. The Panthers and Bison will square off Saturday inside the UNI-Dome at 4 p.m. 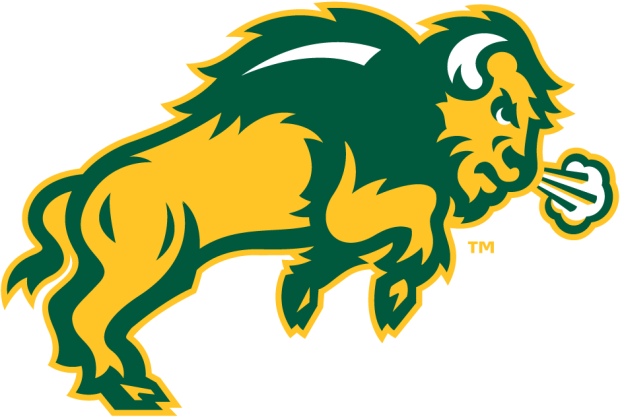 CEDAR FALLS – It would have been great.

Before the COVID-19 pandemic struck and forced the cancellation of the MVFC fall season the game Sept 26, 2020 game at the UNI-Dome between the Bison and Panthers had the prospects of being a doozy.

UNI administrators potentially would have been forced to find additional temporary seating for all the NFL personnel that would’ve wanted access to evaluate the game.

When the NFL Draft is conducted later this month there could be as many as four former Bison and Panthers that will hear their names called.

NDSU quarterback Trey Lance is expected to be a Top 10 pick, and offensive linemen Dillon Radnuz will also go in the first two days as will UNI offensive tackle Spencer Brown and defensive end Elerson Smith.

“How about that,” UNI head coach Mark Farley said Monday. “As you know the talent that would’ve been on the field in that particular game last fall may have been the best ever in this league. You are talking multiple draftable players as well as NFL free agents.

“Absolutely, I think we both missed an opportunity for our fans to really see the level of ball here this past fall. We have great players now and at the same time so does you (NDSU) but it is much different now that a lot of those guys have gone on and entered the draft.”

In addition to those players being gone each team has had several players either opt out of the 2021 spring season or transfer to different programs.

NDSU saw running back Adam Cofield leave for Western Kentucky after the Bison played one fall game against Central Arkansas.

Will McElvain set to return from COVID-19 absence

UNI head coach Mark Farley says McElvain has to progress through several resocialization protocols throughout the week with each passing day the sophomore being allowed to do more physical activity.

UNI lost Xavior Williams to Iowa and Chris Kolarevic to Nebraska. Injuries have kept offensive linemen Mason Neisen and Nick Ellis off the field all season, and leading tackler Bryce Flater was hurt in the Panthers’ spring opener against South Dakota State.

And each team lost perhaps their most valuable player to transfer last spring. Linebacker Jabril Cox left the Bison to play at LSU, and the Panthers lost end Briley Moore to Kansas State. Both those players made those decisions in the spring.

Asked what it was like to be a head coach in a transfer portal environment Monday, Farley spoke at length.

“Oh man, it is challenging,” Farley said. “Any more everyone has the App and your phone dings when someone hits the transfer portal. It is amazing the number of players versus the scholarships available.

“That is what is really starting to show up to me. The availability of the scholarships out there. It is tough to be in. It is a challenge to be in, but it is part of college athletics right now.

“I’m watching basketball and they are going back and forth and losing players and gaining players. It is like free agency.”

UNI was set to jump on a bus to travel to Vermillion, S.D. last Thursday when it found out its game with the Coyotes was cancelled because of positive COVID-19 tests and subsequent contact tracing within USD’s program.

A touchdown on the first play of the game. A blocked kick returned for a touchdown to end the first half.

Northern Iowa receiver Deion McShane catches a touchdown pass in a game against North Dakota State in 2018. The Panthers and Bison will square off Saturday inside the UNI-Dome at 4 p.m.