CEDAR FALLS – Matthew Cook got a lot of the accolades following Northern Iowa’s 26-17 win over No. 6 South Dakota State Saturday.

But in a lot of ways, Panther head coach Mark Farley said all those units played well.

“We are going to look at what Cook did with the kicks, which was tremendous, but what I saw was a punt return that set us up with better field position. As a total package and with the field position game our team improved.”

Cook made four field goals in the game 55, 27, 46 and 50 and earned Missouri Valley Conference Special Teams Performer of the Week for his performance.

But additionally punter Nate Murphy had three punts downed inside South Dakota State’s 20, and the Jacks had zero punt return yards in the game. The coverage unit was also strong in the kick game as SDSU averaged just 17.4 yards on five kickoff returns.

Farley said special teams did standout, but it was a complete performance by the Panthers.

“The play was consistent,” Farley said. “it was very good and it had to be. It had to be a four quarter (effort) to win against an opponent like that.”

A PINCH HIT SLAM: Benny Sapp the III had a huge role in the Panthers’ defensive game plan Saturday against SDSU.

Then, Sapp was ejected from the game for a targeting penalty in the first quarter creating a conundrum for the defensive staff.

It turns out there was no need to worry.

Edwin Dearman, a 5-foot-11, 200-pound redshirt freshman from Houston, Texas stepped in and did a fantastic job according to Farley.

“It was how do we match up and stay fundamentally sound while missing some guys,” Farley said of the defensive effort. “We lost Sapp and that was probably the biggest thing that happened and the question mark was Edwin. Edwin answered with flying colors.

“I don’t know how many tackles Edwin made, but he allowed us to play the defense that we wanted to play.”

Dearman finished with one solo tackle and one assisted.

DOUBTFUL, BUT HOPEFUL: Leading tackler Spencer Cuvelier did not play in the victory because of a shoulder injury.

Farley said he has no time table on when or if Cuvelier, whose 73 tackles are 26 more than Korby Sander, who ranks second on the team in tackles.

“There is hope and then there is reality,” Farley said of Cuvelier’s availability against the Salukis.

PAVING THE WAY: Left tackle Trevor Penning has been named the Missouri Valley Conference Offensive Lineman of the Week by the MVFC.

Penning was key in helping UNI hold the ball for more than 34 minutes in its victory.

BLACK OUT: UNI is asking all fans to wear Black for a ‘Black Oout’ for Saturday’s 4 p.m. kickoff against No. 3 Southern Illinois.

It's another week in the Valley for Northern Iowa

Panthers will face third opponent in three games that has been ranked sixth or higher in rankings. 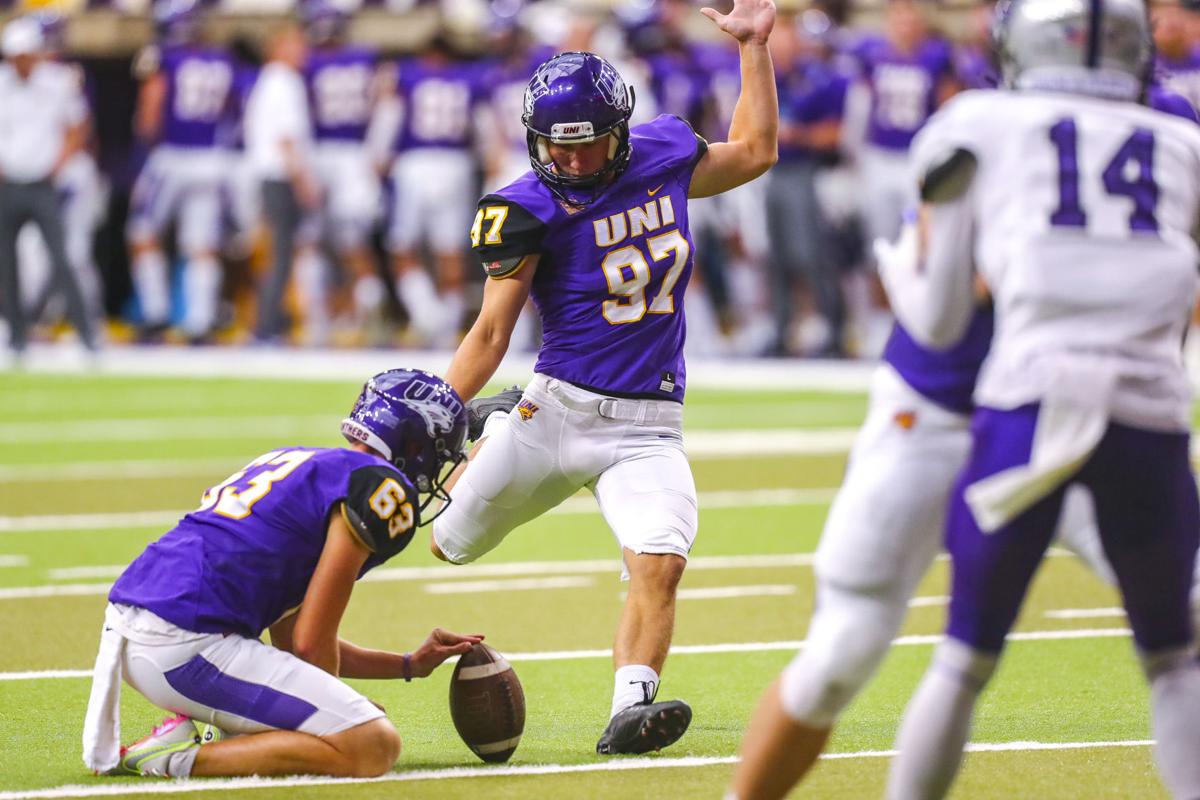 Northern Iowa's Matthew Cook kicks for the extra point against St. Thomas during the Panthers' home opener at the UNI-Dome in September. 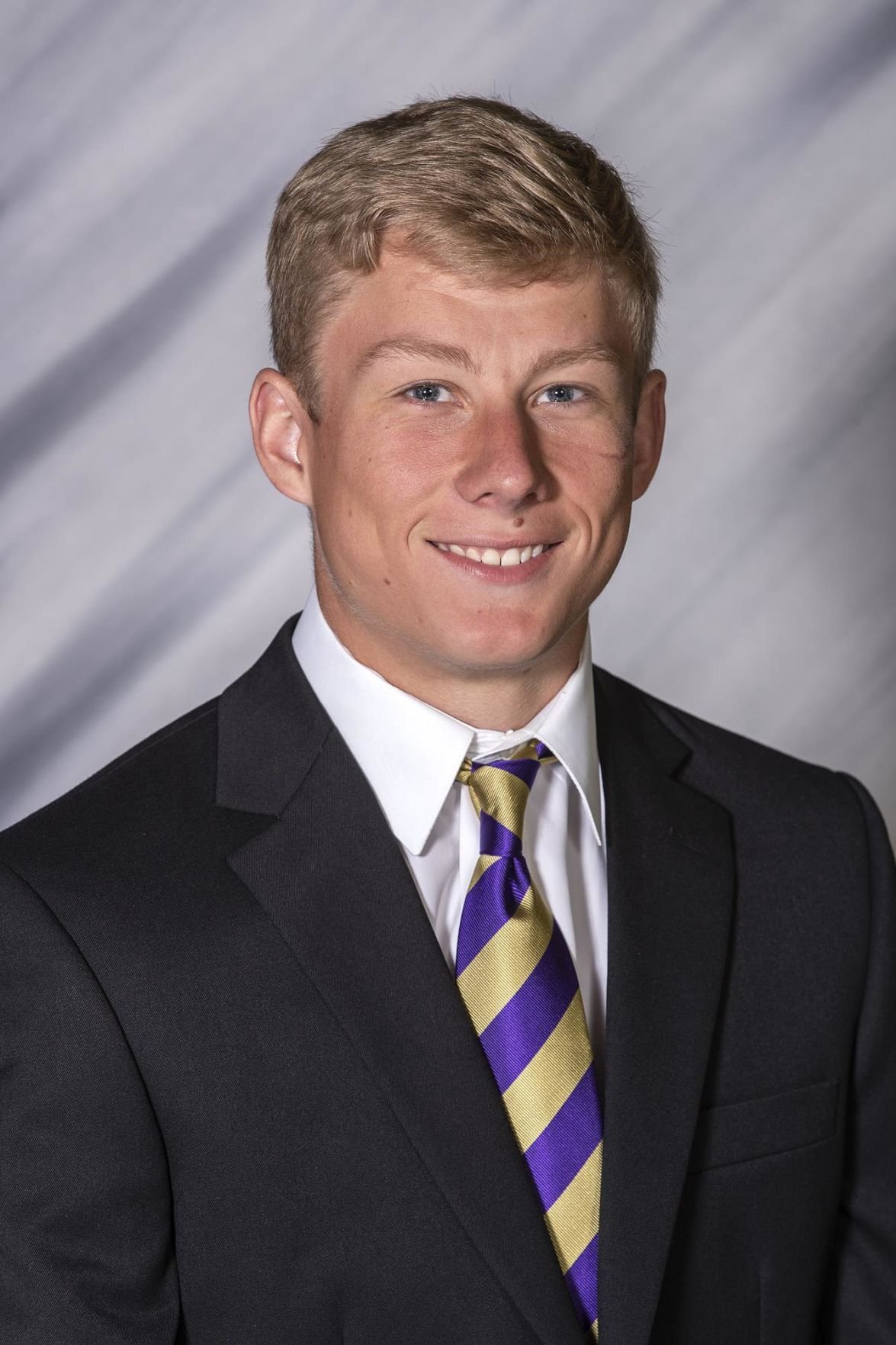