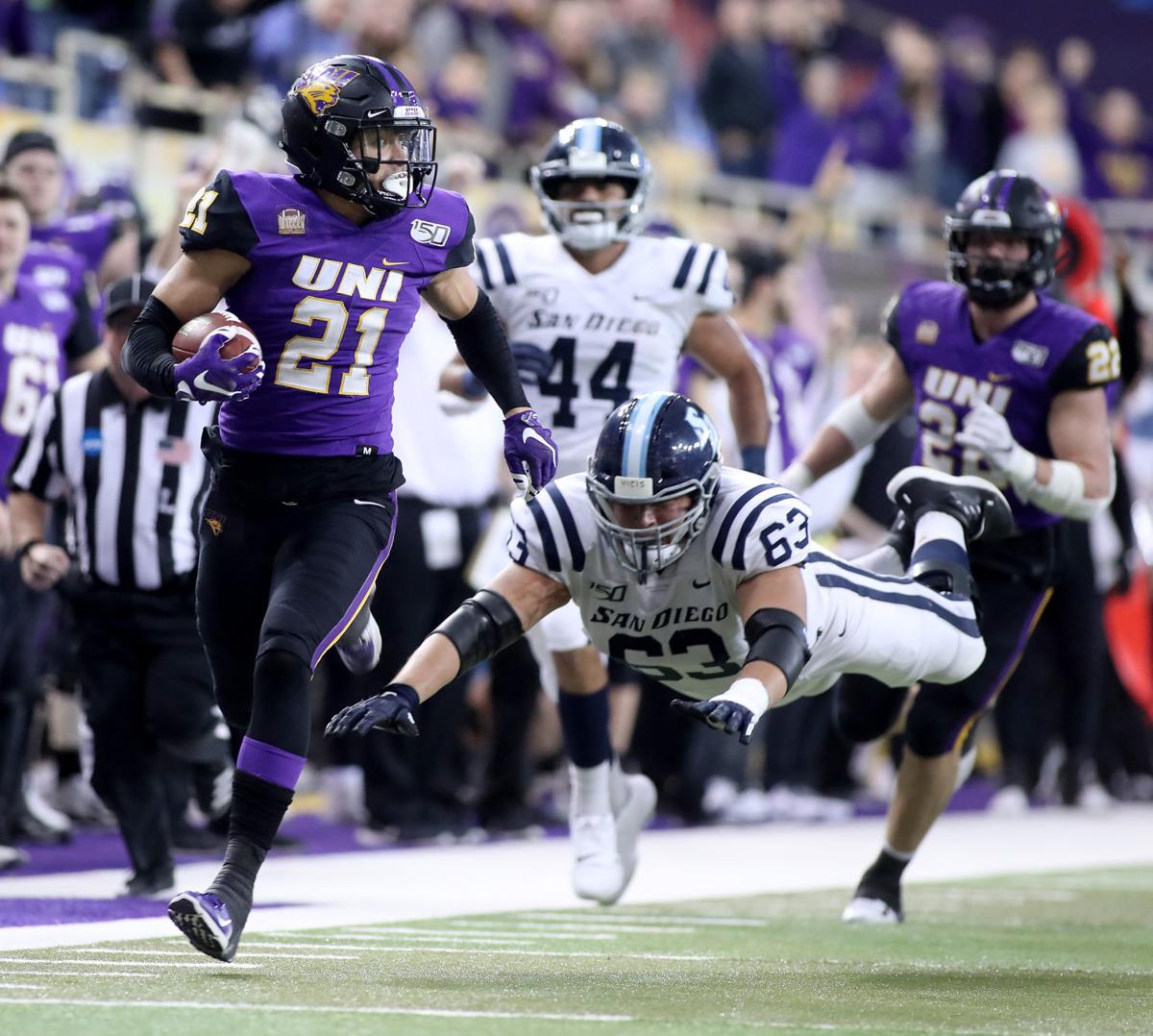 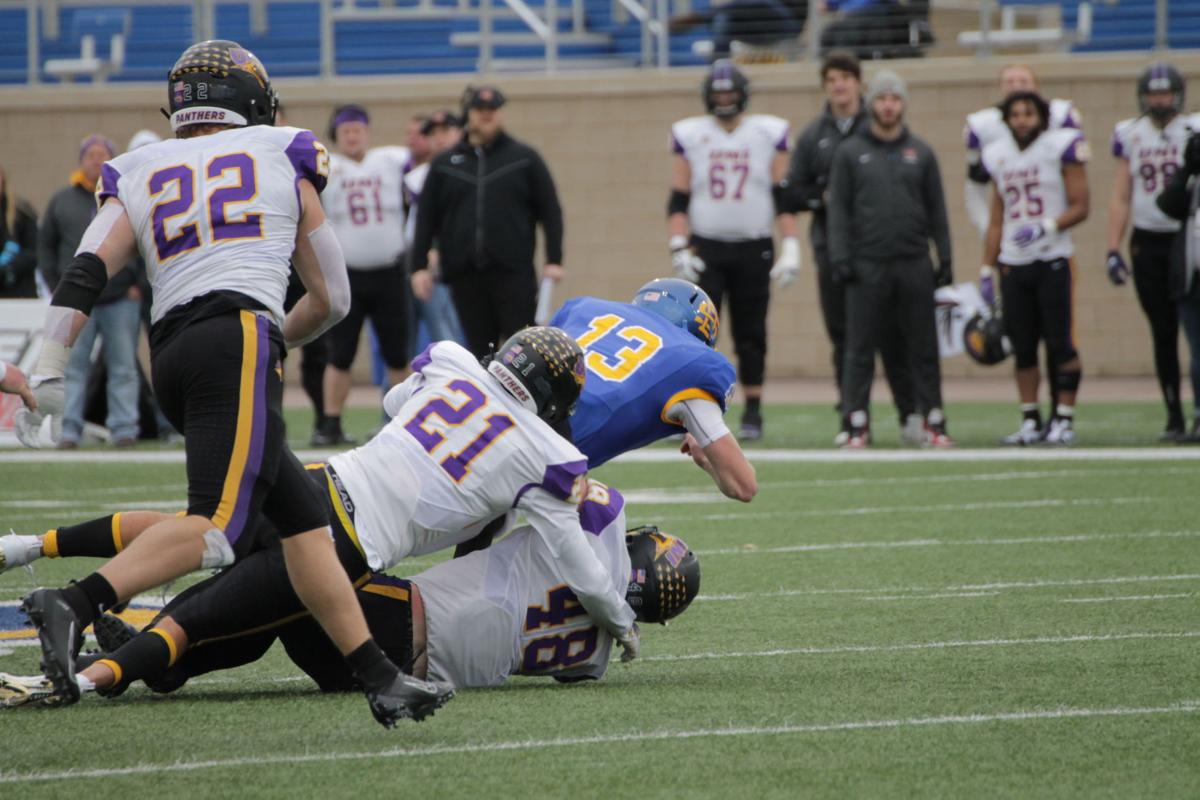 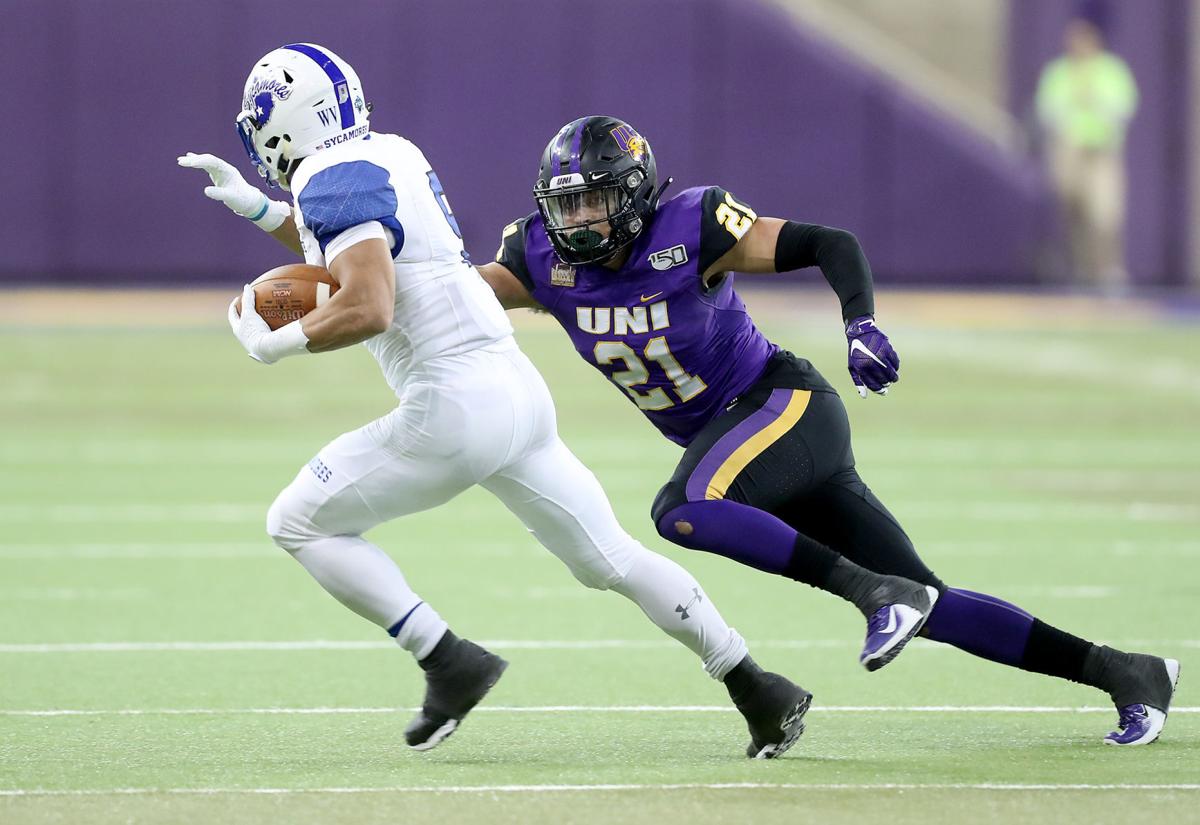 BROOKINGS, S.D. — There are more than a few things that trickle through University of Northern Iowa senior safety Christian Jegen’s mind when he thinks about the Panthers’ first meeting with South Dakota State.

The trick play that allowed a receiver to get behind UNI’s defense and set up the Jacks’ first touchdown is among the first.

And, Jegen is still a bit miffed at himself that as senior he didn’t help pick the Panther defense up when adversity set in during the fourth quarter as South Dakota State outscored UNI, 21-0, en route to a 38-7 victory.

“For me it was myself and the defense,” Jegen said. “We kind of crumbled in the fourth quarter when adversity took over and kind of gave up. I haven’t forgot that.”

Jegen said he and the defense want to prove they are better than what they showed in that loss.

If the way UNI and Jegen have played defensively in the two games since that defeat is a strong indicator, the Panthers are putting everything on the line for this second-round FCS playoff game.

“We want to prove we are a great team,” Jegen said. “I think we know what type of team we are when we are executing the way we should.”

Jegen, a Shawnee Mission, Kan., native, has saved his best play for last. Jegen ranks second for UNI this season with 98 tackles His interception and 52-yard return and forced fumble, both coming in the fourth quarter, helped seal the Panthers’ first-round win over San Diego last Saturday.

“Christian has really become a good safety for us,” Farley said. “The checks and the decisions he’s making on the field are just as important as the plays he’s making.”

Offense was on Jegen’s mind after he signed with the Panthers.

Jegen was the 2015 Kansas Gatorade Player of the Year and was awarded the Otis Taylor Award, which is given to the top wide receiver in the Kansas City metro area.

And so Jegen began his career at UNI as a receiver and made seven catches for 136 yards as a redshirt freshman in 2016. He switched to running back as a sophomore and carried the ball 52 times for 165 yards and a score and had seven more catches for 43 yards.

But stuck in a reserve role behind talented running backs Marcus Weymiller and Trevor Allen, Jegen asked about a potential switch to defense in the spring of 2018.

The switch was successful and after missing three of UNI’s first five games because of injury, Jegen finished with 62 tackles last season, with a season-high 13 at Western Illinois and 11 in the Panthers’ second-round playoff loss at UC-Davis.

Jegen has been among UNI’s leading tacklers in each of the last four games as he has recorded 30 tackles, including two for loss, picked off two passes, broken up two more and forced the fumble. On the season, he is second on the team with four interceptions, with all of his picks coming in the last seven games.

“I credit that a lot to my preparation,” Jegen said of his late-season success. “As the season gets on, you want to play your best at the end of the year. Being prepared is a big part of that.

“I’m a lot better ... I didn’t make the plays that I wanted to last year and I’m making those this year. I have a better understanding of the position, which has allowed me to play faster and not think as much as I did last year.

“I’m more confident in reading the tackle and guard. I’m now focusing on one or two people with my run-pass keys, which helps me dissect a lot more plays faster.”

No. 6 Northern Iowa heads to No. 10 South Dakota State Saturday for a second-round FCS playoff showdown.

UNI heads to South Dakota State Saturday for the second round of the FCS playoffs.

UNI's offense sputtered all day Saturday, but the defense was stellar.

Three University of Northern Iowa football players are among those named to the Missouri Valley Football Conference All-Academic teams Wednesday.

Big games are won with big plays and big decisions, and UNI was up to the challenge Saturday. 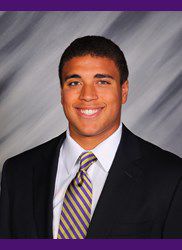