Iowa State running back Breece Hall (28) leaps as he is pursued by Northern Iowa defensive lineman Caden Houghtelling (93) and linebacker Spencer Cuvelier (41) during the first half Saturday. 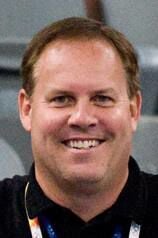 I’m not going to lie – I never do. I was less than thrilled with the location of the media parking when I arrived at Jack Trice Stadium early Saturday afternoon.

I was in Ames to cover the football season opener between Northern Iowa and Iowa State.

The media parking – located in lot B-1 – was next to Hilton Coliseum. That would’ve been fine if they were playing basketball or wrestling. But it was a lengthy jaunt from the football stadium.

I don’t mind walking, and I actually walked a mile earlier in the day at Planet Fitness in Cedar Falls. But when you’re lugging a computer bag, clipboard, coat, etc., it is not super convenient to have to hoof it that far to reach the press box.

I can’t imagine what it was like for the TV guys who had to haul all of their equipment over to the stadium.

Unfortunately, I didn’t have any other choice. I picked up my credential in a building adjacent to Hilton that was even farther away from Jack Trice.

And then I started walking. My path took me directly through hundreds of tailgaters. And through a sea of Cyclone cardinal and gold with a little bit of Panther purple mixed in.

Early on my walk, I was quickly reminded just how enjoyable it is to attend a Division I college football game. Simply put, it’s a lot of fun.

After a year of COVID, where fans couldn’t attend games in person, everything is virtually back to normal now.

On my walk, I saw fathers and sons playing catch. I witnessed a group of fraternity brothers playing a spirited and highly competitive game of touch football.

I smelled the burgers and brats cooking on various grills. I heard music cranking from stereo speakers. And I noticed fans enjoying an ice cold Busch Light or two.

Tailgating returned in full force Saturday in Story County. It was an atmosphere that fans definitely were missing.

Football was back. And in a big way.

Being away last year, I felt the same pain everyone else was experiencing. 2020 was the first time in 40 years that I hadn’t attended at least one Divsion I college football game in person.

Hopefully, we never have to go through that misery again.

That was ancient history on Saturday as thousands of fans gathered together to celebrate the opening of the 2021 college football season. And they were having a blast.

The fans ended up witnessing a heck of a ballgame.

Iowa State was a 30-plus point favorite, but anyone who has followed this rivalry knows the line set by the oddsmakers in Las Vegas was ridiculous. And fully realized that this game would be considerably closer.

Those odds were a slap in the face and hugely disrespectful to an excellent UNI program.

The Panthers have a long and storied tradition and history of winning football. They have had more than their share of success against ISU.

They proved that, stunning Cyclone fans with a long touchdown pass to open the scoring. FCS No. 21 Northern Iowa had plenty of chances before dropping a hard-fought 16-10 decision to No. 7 Iowa State.

For those that claimed Iowa State was sandbagging and not trying to show too much for its next game against Iowa, that’s ludicrous. And just plain dumb. The Cyclones had a huge fight on their hands against UNI and were fortunate to escape with a victory.

Northern Iowa definitely has the potential to win the Missouri Valley Football Conference title this season and make a deep run in the FCS playoffs. The Panthers have a tremendous defense and have the potential to develop into a very good offense.

A sellout crowd of 61,500 fans gathered for the UNI-ISU matchup Saturday on a gorgeous, sun-splashed, 75-degree afternoon with a light breeze.

The weather was perfect. And so was virtually everything else.

The long walk that I was dreading? I actually enjoyed it. And I enjoyed every other aspect of opening day.

I will be back in Ames next weekend, taking in the Iowa-Iowa State game as a fan while hanging out with two of my best buddies. And I will be walking everywhere with a smile on my face and no complaints.

ESPN College Game Day will be there along with another boisterous sellout crowd at Jack Trice. It’s going to be a blast.

UNI struggles with belief in three-game loss to Iowa State

Saturday could be Theo Day at QB for UNI; or maybe not

Panther head coach Mark Farley said he would make a decision on whether Theo Day or two-year starter Will McElvain would start in UNI's home opener against St. Thomas Tuesday before practice.

Among the 130 programs in the NCAA’s Football Bowl Subdivision, Iowa ranks 126th in total offense, 122nd in passing offense and 104th in rushing offense two games into the season.

Day led UNI to touchdowns on his first four series after replacing starter Will McElvain to start the third quarter.

He knows what it’s like to play in the Mid-American Conference and what the chance to compete against a Big Ten team means to the players.

Hawkeyes move up to No. 5 in latest AP Top 25 Poll

Another impressive defensive performance by Iowa in the Cy-Hawk Trophy game pushed the Hawkeyes from No. 10 to No. 5.

Iowa State running back Breece Hall (28) leaps as he is pursued by Northern Iowa defensive lineman Caden Houghtelling (93) and linebacker Spencer Cuvelier (41) during the first half Saturday.