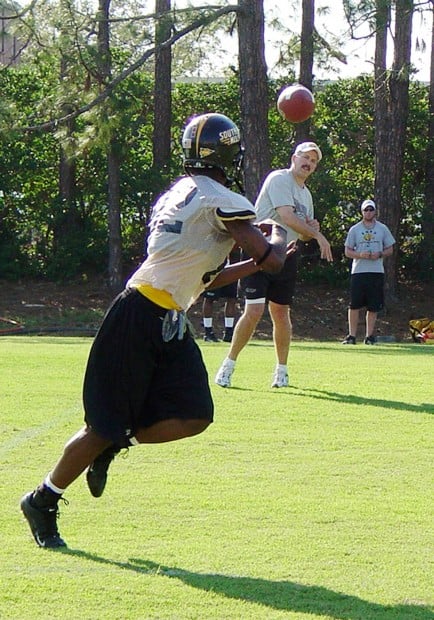 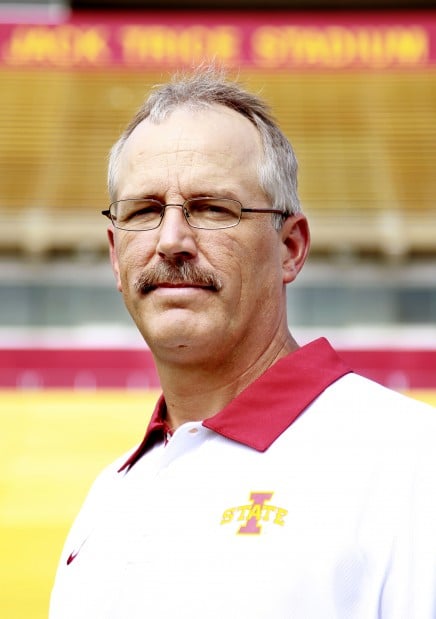 It was a small blurb as part of a six-inch biography on the senior from Waterloo West High School, and like most of those bios, it was too short to tell the whole story. Messingham didn’t want to be just a coach, he wanted to be a college head coach and beyond that a coach at the highest level in college football — Division I.

Twenty-three years after he graduated from UNI and 22 after beginning his coaching career at St. Ambrose, Messingham is living his dream at the FBS level as Iowa State’s offensive coordinator.

“Twenty-three years ... oh man,” Messingham exclaimed when he thought back to his graduation from UNI. “You go back to the number of places I’ve been, and you’re around young people all the time so you feel young, but you tend to forget how fast the number of years you’ve been in this business add up.”

Messingham’s coaching trek has taken him from St. Ambrose to Northeast Missouri State (Truman State) to head coach at Upper Iowa for two seasons (2003 and 2004) and to his first Division I job at Southern Mississippi in 2005.

He landed at Iowa State in 2009 as part of Paul Rhoads’ new staff, got promoted to offensive coordinator last spring and says he’s grateful for the opportunity that will see him call plays in Iowa State’s New Year’s Eve showdown with Conference USA champion Tulsa in the 54th AutoZone Liberty Bowl.

“From the very start of my career at St. Ambrose, the goal was to be a college head coach and at some point coach at the highest level, which is Division I,” Messingham said.

Messingham finally became a head coach in 2003 at Upper Iowa, but left after two seasons in a bittersweet decision to realize his dream of coaching at the Division I level at Southern Miss. That opportunity lasted for three seasons before then-Golden Eagles head coach Jeff Bower resigned in 2007. Messingham spent a season with his old college coach, Terry Allen, in a second stint at Missouri State in 2008 before getting what he called a golden opportunity at Iowa State.

“Getting this opportunity to come back to Iowa, be close to family and friends, and coach at Iowa State, coach in the Big 12 Conference, it’s been an incredible experience,” Messingham said. “Incredible experience from the support from fans, students and especially the administration ... an administration that is with us in moving in the same direction for us to be successful. It is fun to be part of it.”

His first season as the Cyclones’ offensive coordinator, which included a move from the sidelines to the press box, has had its highs and lows but has seen Messingham’s confidence as a play-caller grow throughout the season.

“Our philosophy on offense is to hurry up and go fast,” Messingham said. “It took awhile for me to get comfortable calling plays again. In 11 of my first 15 years as a coach I called plays, but I hadn’t done it since I was at Upper Iowa in 2004.

“So early on I was concerned about getting productive plays called and because we moved fairly fast, I feel like I didn’t always use our entire offense. But I think the biggest change from week 1 to week 12 was how much easier it was for me to call plays quickly and use more of our offense.”

Part of improved production on offense was a move to the press box midway through the season, said Messingham.

“The hardest part of moving to the box was just what I anticipated, you lose a feel of the sideline,” Messingham said. “Lose the feel of the game and how your players are truly reacting to the defense.

One of Messingham’s goals prior to the season was to improve an offense that hadn’t averaged more than 28 points per game since the 2005 season. While he fell short of that goal (25.2), Messingham believes ISU’s offensive play was critical in many of the Cyclones’ wins, despite shuffling between Steele Jantz and Jared Barnett at quarterback before the emergence of Sam Richardson late in the season.

“There were games this year where our offense needed to be more productive, no doubt,” Messingham said. “There are others where we did our job, and Baylor is one that jumps out for me.

“We needed to keep the ball away from Baylor’s offense and we did that, did that for something like 39 minutes.

“So it’s not always about how many points you score. Yes, sometimes you need to go out and score 50, that is part of the deal in this conference. But from our standpoint, when you have a defense that played as well as ours did, we have to score when the opportunities present themselves, get to that fourth quarter with a chance to deliver our team a victory, and I feel we did that a lot this season.”