When he arrived in Ames he had Allen Lazard and Hakeem Butler. Since his arrival, he’s brought in La’Michael Pettway and Sean Shaw.

Shaw, who is 6-foot-6, is still just a sophomore and Campbell has brought in another big-bodied playmaker in Xavier Hutchinson.

The 6-foot-3, 210-pound Hutchinson will be a junior this season after transferring in from Blinn Community College.

Campbell said on signing day that he thought Hutchinson was the best receiver in the 2020 class and the Cyclones had to hold off late pushes by the likes of Oklahoma to keep Hutchinson committed.

But for Hutchinson, it wasn’t hard to keep his commitment.

“It wasn’t tough at all, actually to say no (to Oklahoma),” Hutchinson said. “When you have a program like Iowa State, you have the coaches and the help that they all give you (and) the family-like experience that you get here, it’s really easy to say, ‘No,’ to some of those schools like that.”

Hutchinson has proven his ability so far in fall camp.

“He’s a true playmaker,” safety Lawrence White said, who goes against Hutchinson in practice. “He’s made some plays in practice that I know will transition to Saturday.

“He makes plays, he’s a great teammate and he’s a leader. I’m definitely excited to see him.”

While he’s shown he has the ability to be a difference maker for Iowa State, Campbell also sees a guy who holds himself to a higher standard than anyone else would hold him to.

He won’t be satisfied with just being a difference maker.

“I think the thing for me that I love about Xavier is he wants to be great and he works like he wants to be great,” Campbell said. “And those two things sometimes don’t always go hand in hand, but for Xavier, it does. I think it’ll give him the opportunity to become the best version of himself somewhere in our football program and that’s going to be really fun to watch.”

Hutchinson provides another weapon for quarterback Brock Purdy. In the passing game, with Hutchinson’s addition, Iowa State has Shaw and Hutchinson on the outside, Tarique Milton in the slot and the Cyclones have three All-Big 12 tight ends that can lineup attached, detached or as fullbacks.

And that doesn’t touch on Breece Hall and the running backs.

On paper, Iowa State has a king’s ransom of offensive weapons.

“It’s really spectacular the way that (Purdy) just held everything together and just how great of a young man he is, as well — set aside from football,” Hutchinson said. “But I think as an offense, I think it’s gonna be a really spectacular year. I think one of the things you notice with us is we have extremely great depth at each position and I just think that’s gonna be a tool for us that we can use day in and day out.”

Iowa State has dealt with realignment talk before

A decade ago, the Big 12 landscape shifted when Nebraska, Missouri, Colorado and Texas A&M all split.

The Cyclones have six returning players and seven newcomers. 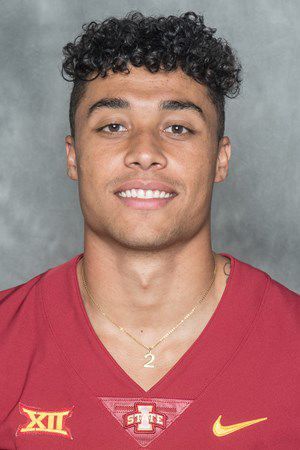 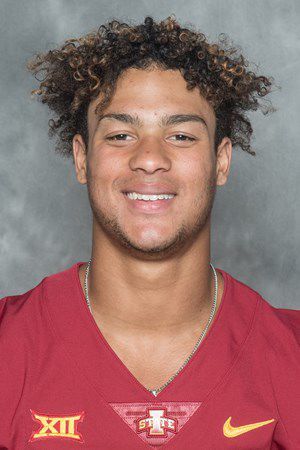