Become a Member
Read Today's E-edition
Share This
No. 2 Iowa will be without Riley Moss Saturday
0 comments
Share this

Iowa’s second-ranked football team will likely be without a player who shares the national lead in interceptions when it hosts Purdue on Saturday.

Senior Riley Moss, who injured his left knee while celebrating his fourth interception of the season during last weekend’s win over Penn State, is not listed on the Hawkeye depth chart for the 2:30 p.m. game against the Boilermakers at Kinnick Stadium.

Moss suffered the injury after intercepting a Ta’Quan Roberson pass at the Iowa 45-yard line with 1 minute, 31 seconds remaining in the second quarter of the 23-20 victory.

He made a diving catch, rolled, got up, shared a quick celebratory bump with teammate Jack Koerner, spins and then limped on the second of two steps he took before falling to turf.

Moss did not return to the game and was replaced by junior Terry Roberts, who is listed as the starter at right cornerback on the weekly depth chart released by Iowa at midday Monday.

Iowa coach Kirk Ferentz said following Saturday’s game he was “optimistic” Moss’ injury was not overly severe, adding he expected to be able to better address the situation at his weekly news conference on Tuesday.

Xavior Williams, a graduate transfer from Northern Iowa, is listed as Roberts’ replacement as the second-team left cornerback behind Matt Hankins.

Roberts has recorded nine tackles, intercepted one pass and broken up two more in a reserve role through six games this season while Williams has played in two games, recording three tackles.

They will be tested by a Purdue passing offense which ranks second in the Big Ten, trailing only Ohio State with its average of 325.4 yards per game through the air.

The Boilermakers were idle last weekend but David Bell leads the conference with an average of 109.8 receiving yards per game. He caught six passes for 120 yards in an Oct. 2 loss to Minnesota after missing a game the previous week against Illinois because of an injury.

Moss has one-fourth of the 16 interceptions the Hawkeyes have recorded during their 6-0 start.

Spencer Petras said it was tough getting off the field

His four interceptions lead the Big Ten and shares the lead nationally among players in the Football Bowl Subdivision.

In addition to his picks, Moss is Iowa’s fifth-leading tackler with 23 stops. He has broken up three passes, recorded two tackles for a loss and has recovered one of the four fumbles the Hawkeyes have retrieved this season.

Roberts has been all over the field for the Hawkeyes

In Saturday’s 2:30 p.m. game against Purdue, Terry Roberts will find himself in a new role for second-ranked Iowa. 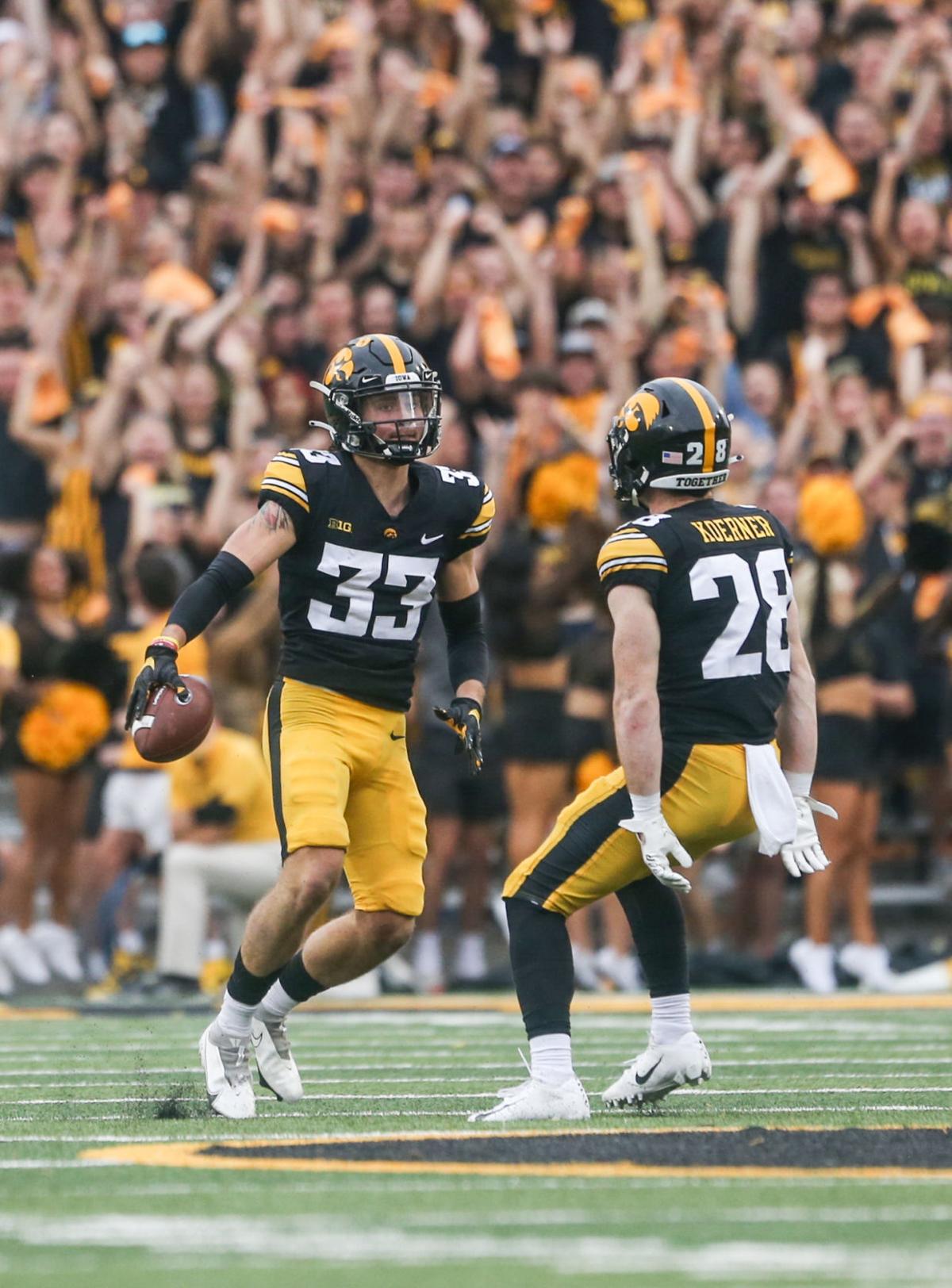 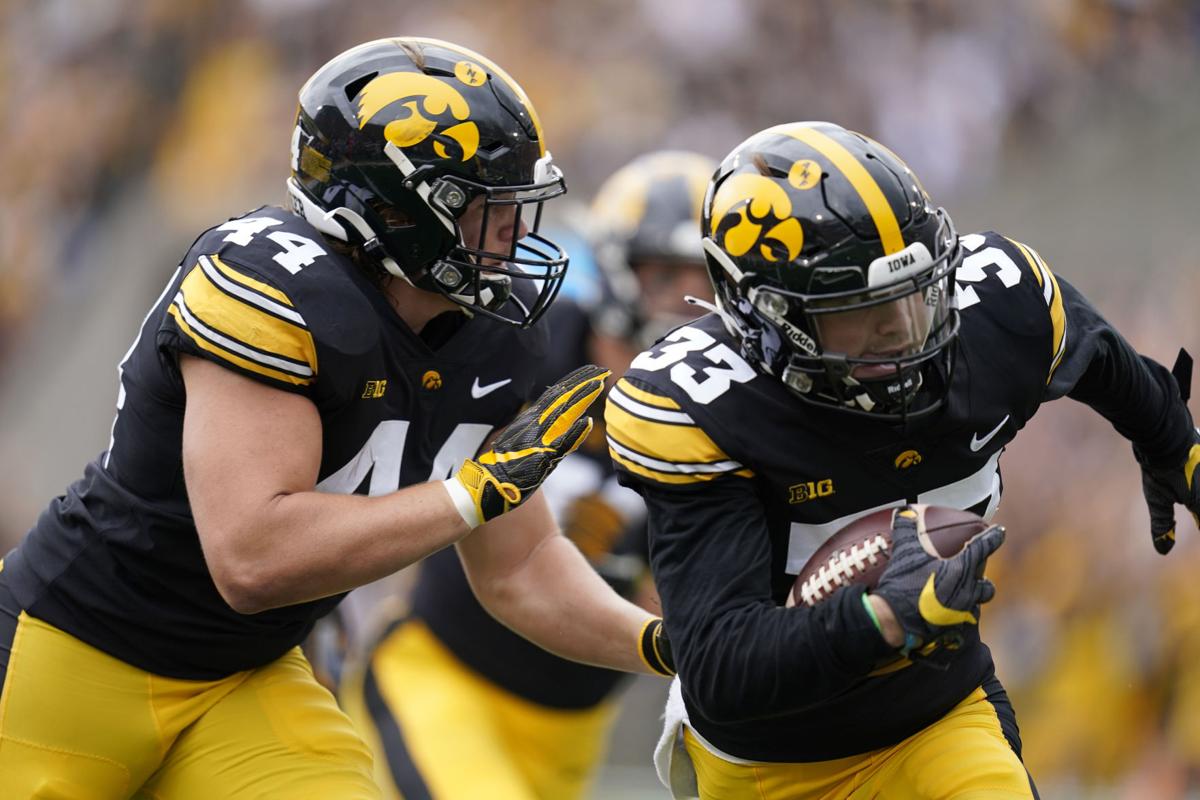 Iowa defensive back Riley Moss (33) returns an interception 30-yards for a touchdown during the first half of an NCAA college football game against Indiana on Saturday in Iowa City. 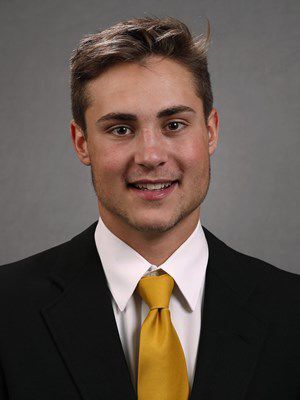