IOWA CITY — Iowa’s football team will be challenged by an opponent with a high-octane passing attack in the Dec. 28 Holiday Bowl.

The 6-foot-2, 200-pound Scottsdale, Ariz., native moved into the lineup after the Trojans’ starter in the season opener, J.T. Daniels, suffered a torn anterior cruciate ligament in the second quarter of the opener against Fresno State.

Slovis and USC have never looked back.

Slovis has thrown 28 touchdown passes and has been intercepted nine times at the controls of the Trojans’ air-raid offense, which averages 335.9 of its 463.7 yards per game through the air.

He’s working with one of the nation’s top group of receivers, led by Biletnikoff Award finalist Michael Pittman Jr.

The 6-4 senior has caught 95 passes for 1,222 yards and 11 touchdowns this season, ranking fourth nationally with his average of 7.9 receptions per game and 10th in receiving yards.

Pittman is flanked by a pair of receivers who have each recorded 68 receptions — Tyler Vaughns and Amon-Ra St. Brown — and a freshman in Drake London who caught the majority of his 35 passes during the final weeks of the regular season.

They will be part of the test that awaits an Iowa defense that has not allowed more than 24 points in a game this season.

“We know that our coaches will do a good job of putting together a plan for us,’’ Iowa safety Geno Stone said. “Coach (Phil) Parker and the staff, they’ll put us in a position to have success if we do our job. Week in and week out, they do that.’’

Stone welcomes the challenge the Trojans will present.

“We don’t know a lot about them right now, but I’m sure they’re like any other USC team. They’ll be good,’’ Stone said. “We’ve got a couple of weeks here to learn about them and figure things out. We’ll be ready by game day.’’

The Hawkeye defense ranks 10th nationally against the pass, allowing 184.2 yards per game, numbers that have helped Iowa limit opponents to 13.2 points per game.

USC coach Clay Helton labeled the pairings for the game “a terrific match-up between teams that finished very strong down the stretch.’’

Parker, Iowa’s defensive coordinator and secondary coach, said he had not seen much of USC this season.

“Sometimes I get home late some nights and start watching them. They have some athletes,’’ Parker said. “We’ll get on it soon enough. … It’s definitely a challenge.’’

The Trojans have put the ball in the air frequently in part because of injuries at the tailback spot, where four players have been part of a rotation.

Vavae Malepeai is USC’s leading rusher, gaining 466 yards, while Stephen Carr, Markese Stepp and Kenan Christon have all carried for more than 300 yards this season.

Four time wrestling All-American Brandon Sorensen of Cedar Falls is facing his toughest opponent to date after being diagnosed with leukemia.

Some of the faces have changed, but some things remain the same for Thursday's Iowa-Iowa State women's basketball battle. 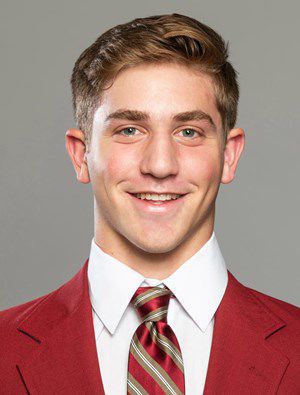 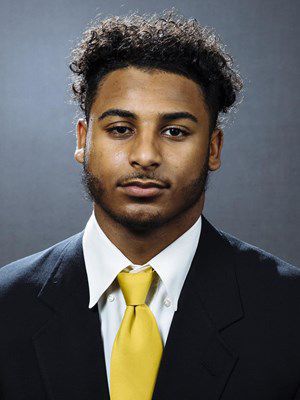