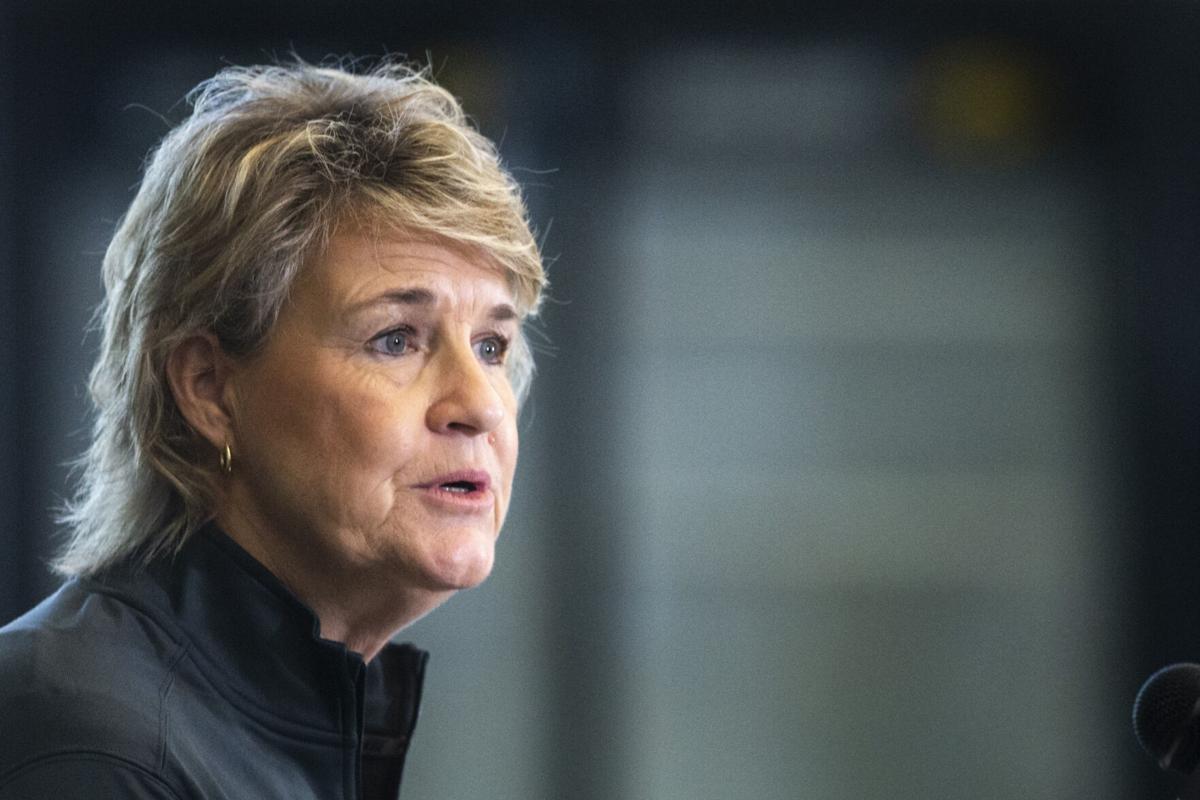 Iowa women's basketball coach Lisa Bluder is looking for consistency from her 8-4 team, which hasn't won back-to-back games since November. 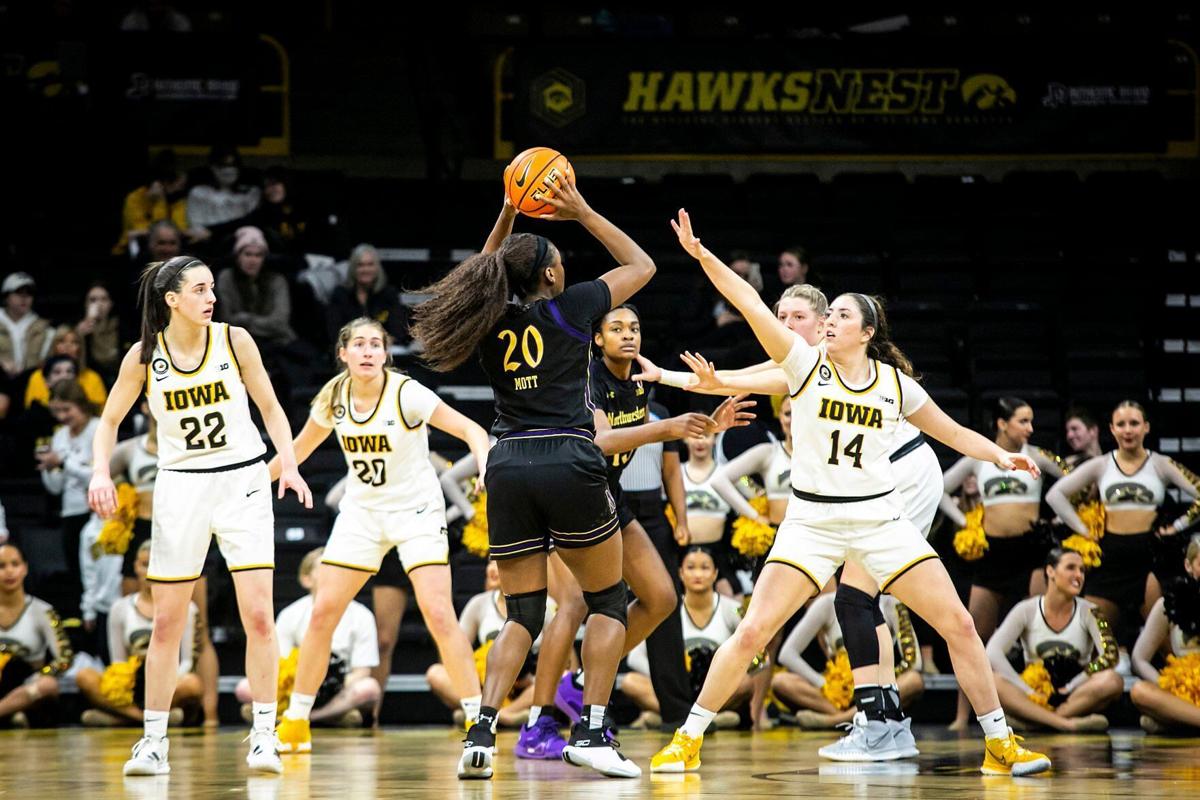 Iowa's McKenna Warnock (14) defends a shot during a game against Northwestern last week. The Hawkeyes look to build on Sunday's road win against Nebraska when they play at Purdue on Thursday.

There was a different vibe Sunday when the Iowa women’s basketball team took the court at Nebraska.

Coach Lisa Bluder noticed it before the game, saw it play out during the 95-86 win and wants to see it continue when the Hawkeyes visit Purdue at 6 p.m. Thursday.

Bluder said her team’s swagger, energy and execution were closer to what she expected this season from a veteran team following a Sweet 16 run in the NCAA tournament a year ago.

“It was one game, but I hope it leads to two and we can begin to have that consistency we need,’’ Bluder said.

Iowa hasn’t won back-to-back games since winning its first four games of the season prior to a COVID-created pause in the Hawkeyes’ schedule.

A second pause because of virus issues elsewhere created another gap in the schedule.

“I think the Nebraska game was big for us,’’ Czinano said. “It was a real energy boost and it just seemed like we were able to get our legs under us and play the way we’re capable of playing.’’

She said that effort and energy should now become the norm.

“We can expect that out of ourselves in other games and that will be important moving forward,’’ Czinano said.

First-year coach Katie Geralds has brought more of a defensive style of play to Purdue.

The Boilermakers (11-4, 2-2) are mixing-and-matching defenses less than they did during coach Sharon Versyp’s tenure, concentrating less on zones and relying almost exclusively on man-to-man defense.

“With five straight wins, I’m sure they’re feeling good about themselves,’’ Bluder said.

The Iowa coach feels good about her team as well based on its most recent performance.

She liked the 23-point performance McKenna Warnock contributed to complement what Caitlin Clark and Czinano regularly provide the Hawkeyes.

Bluder said the development of third and fourth scoring options will be important as Iowa’s season progresses.

Mostly, she wants to see the Hawkeyes sustain consistency in their performances, building on what transpired at Nebraska.

Bluder views that as a necessity if Iowa hopes to achieve its goals.

“We need to get there. We need to have that consistency,’’ she said. “That is what is going to lead us to those back-to-back wins that we need and move forward from there.’’

In a letter sent to parents of Iowa football players, coach Kirk Ferentz disputes reports that an advisory committee he formed to help a more inclusive culture within the Iowa program has been dissolved.

Brands wants Eierman to 'figure it out'

As the Iowa wrestling team moves deeper into its Big Ten schedule, something is amiss and coach Tom Brands is determined to figure it out.

The opponent has changed but Iowa’s on-again, off-again women’s basketball game for Sunday is on again.

Kirk Ferentz isn’t going anywhere soon — other than back to work.

Iowa is no longer the top-ranked college wrestling team in the country.

Tyler Linderbaum made it official Friday.

Iowa women's basketball coach Lisa Bluder is looking for consistency from her 8-4 team, which hasn't won back-to-back games since November.

Iowa's McKenna Warnock (14) defends a shot during a game against Northwestern last week. The Hawkeyes look to build on Sunday's road win against Nebraska when they play at Purdue on Thursday.