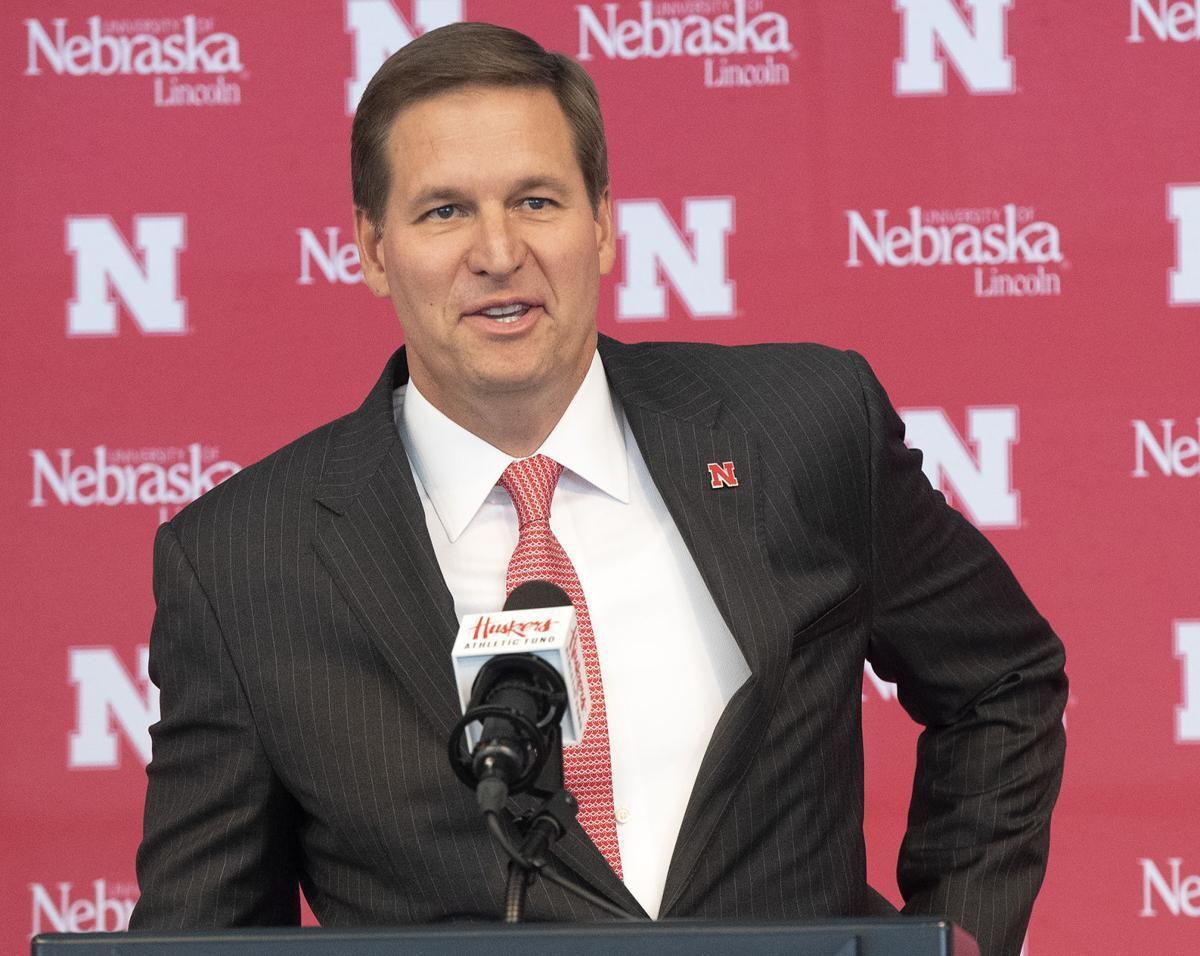 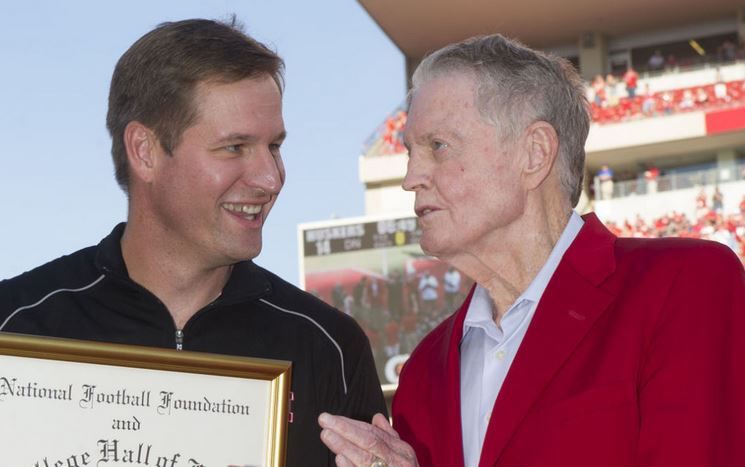 Cedar Falls native Trev Alberts, left, and Tom Osborne during recognition of Alberts' induction in to the College Football Hall of Fame during the half at Memorial Stadium on Oct. 10, 2015.

LINCOLN, Neb. — Trev Alberts didn’t think he’d get emotional. But standing inside Memorial Stadium, the very same structure where Alberts made his name known to the state, brought it all back for the former Butkus Award winner.

“I love this place,” Alberts said as he stopped to collect his emotions. “I learned so much as a young man.

“I don’t take this responsibility lightly. I will do everything I can to what I can for this place.”

With his family by his side, Alberts was introduced Nebraska’s 14th athletic director Wednesday. The Cedar Falls, Iowa native will officially begin his new job Monday after leading the Nebraska-Omaha athletic department for 12 years.

“I would have never left UNO for any other job but Nebraska,” Alberts later added.

Nebraska has been without an AD since Bill Moos announced his retirement June 25.

UNL Chancellor Ronnie Green, who led the search for Moos’ replacement, said he looked at internal and national candidates. At the end of the day, Alberts checked all the boxes, Green said during Wednesday’s news conference.

“He is first and foremost student-athlete-focused,” Green said. “He’s a game-changer. He appreciates the big changes that are going on right in intercollegiate athletics.

“He understands the talent that we have amassed here.”

Green said they identified Alberts as the leading candidate over the weekend. NU officials shook hands with Alberts on Tuesday night to solidify the deal.

“Quite honestly, it’s a great day for the entire state of Nebraska,” he added.

“The one thing I was looking for, I wanted a leader. I feel like I know a great leader when I see one.”

Carter said there were high-profile ADs around the country that were interested in the job, and Green said there was a pool of 25 candidates and eight lead candidates, but Alberts was at the top.

“We needed to get this right,” Carter said. “When you think about how fast we got to this decision, it’s pretty incredible.”

Tom Osborne, who coached Alberts, was in attendance Wednesday, as were many of Nebraska’s coaches. Scott Frost was not present, but believed to be on a family vacation.

“You got earn the trust and you got to dive in,” Alberts said. “I will never call a play and I never tell a coach who to recruit. I’m really excited about the future of Husker football and the rest of our sports.”

The last time fans saw Alberts in Husker red, he was chasing quarterbacks as one of the nation’s top linebackers in the early 1990s. He was the first Butkus Award winner (1993) in NU football history.

The Indianapolis Colts selected Alberts with the No. 5 overall pick in the 1994 NFL Draft, but injuries limited his pro career to a few seasons.

Alberts then served as a college football analyst for major networks, including ESPN, before beginning his career in athletic administration in 2009.

Alberts headed a significant and controversial footnote in Omaha athletics history when the school announced in March of 2011 that it was cutting football and its national championship wrestling program in 2011 so the Mavericks could compete at the Division I level and the Summit League.

Campbell is listed at the top of the depth chart at weakside linebacker and Seth Benson is penciled in as the first-team middle linebacker in Iowa’s most recent depth chart.

Ferentz says Iowa will have competition at several positions

In his comments at Lucas Oil Stadium, Ferentz reiterated some things he said earlier this summer, echoing that he likes the way this year’s team has worked and progressed since the start of offseason drills in January.

Keagan Johnson, a wide receiver from Bellevue, Neb., is listed as a back-up on the Hawkeyes’ preseason depth chart released Thursday during the first day of the annual Big Ten kickoff.

In many ways, new Illinois coach Bret Bielema suggests that he has come full circle, back in the conference he competed in as a college player at Iowa and a league where he received his first head coaching opportunity.

From a postponed and ultimately delayed shortened football season to limiting competition in many sports to conference-only competition, decisions made during Warren’s first year as the league’s leader have been scrutinized on a number of levels.

It's a brand new world for Iowa's Caitlin Clark

Cedar Falls native Trev Alberts, left, and Tom Osborne during recognition of Alberts' induction in to the College Football Hall of Fame during the half at Memorial Stadium on Oct. 10, 2015.