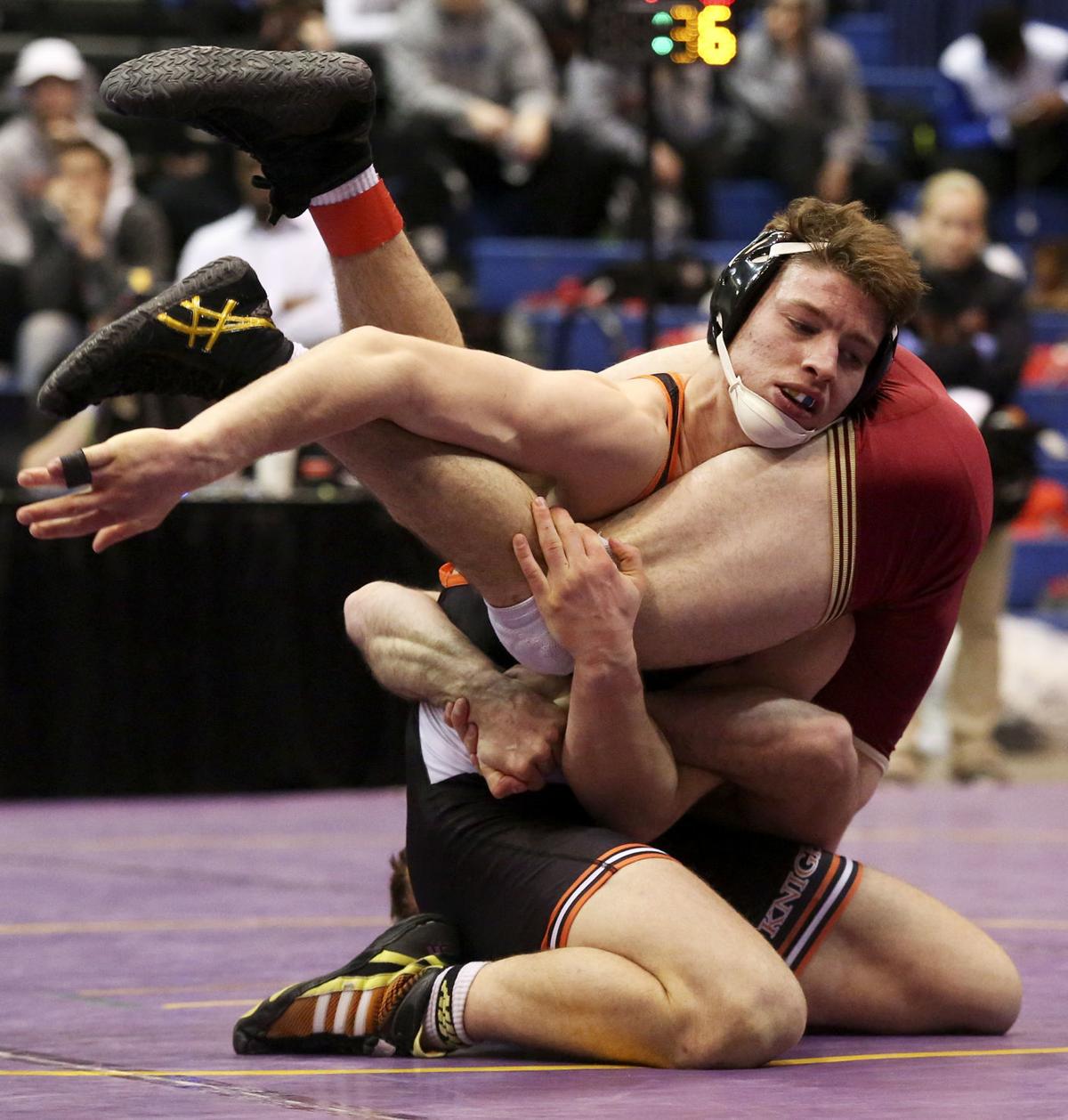 CEDAR RAPIDS – Wrestling coaches and athletes talk all the time how important bonus points become in a national tournament setting.

However, there is no extra points awarded for style although winning by pin or technical fall could be considered winning with style. As much as bonus points are important in team races, sometimes in a championship event it is just as important to win and move on.

That is a lesson that Wartburg College junior Kyle Briggs reminds himself on a daily basis.

A year ago, Briggs was 12 seconds away from upsetting defending national champion Jariod James of Mount Union in the NCAA Division III championship semifinals and advancing to the 174-pound national finals.

With no stall calls against him and a 4-3 lead, it would’ve been easy for Briggs to block and run, even suffer one stall call. Instead, he went with what was natural to him. Briggs engaged and James scored with five seconds left to win 5-4.

“What I have learned tactically from that match is at the end of the day, a win is a win,” Briggs said. “At that point in the match I had it won and all I really needed to do is stall … I didn’t and that is obviously on me.

“The very next match, same situation, had a one-point lead and no stall calls and 23 seconds were left. I got back to the center quick glanced at scoreboard and thought, ‘you got to be kidding me.’ But I wasn’t going to make the same mistake.”

Friday he enters the 2020 NCAA Championships at the U.S. Cellular Center in Cedar Rapids seeded second at 174.

But the lesson he talks of is easy to understand. As much as Briggs wants to help the Knights as a team it is far more important to the team for him to win and move on.

“I just got done watching that match a couple of hours ago,” Briggs said Monday. “It still fires me up. I hate it.”

Briggs is a little more than ornery heading to Cedar Rapids. He opened the season at 174 and was ranked No.1 for the early part of the season, but in order to help the Knights bumped up to 184 where they won a NWCA National Duals title in Louisville.

He stayed at 184 up through important duals with Augsburg and Loras College, and dropped back down to 174 for the regional championships.

“174, ultimately, was always where I was going to be,” Briggs said. “84 was an opportunity to help the team out and be more competitive as a team in duals. I feel exactly the same at 174 as I did at 184. I feel a little stronger at 174 than my opponents.”

“He is good enough to win at either weight,” Keller said. “But 174 was his plan. It is where he feels strongest and is at his best. 174 is his optimal weight for sure.”

And when Briggs says he’s a little more ornery at 174 there is a legitimate reason – lack of Reese’s Peanut Butter cups.”

“There is a little weight cut to get to 174,” Briggs said. “If I’m going to be hungry the night before than somebody has to pay for it the next day.”

Briggs, Kris Rumph, seeded No. 1 at 133, Max Forsyth, seeded third at 165, Martine Sandoval at 157 and fifth-seeded Jordon Brandon at 285 are Wartburg's qualifiers.

Despite a numbers disadvantage, Keller says Wartburg won’t lower its bar of expectations.

“We are going to try to win a national tournament with five guys,” Keller said. “I know it is a tall order. But that has been the goal all season long and that hasn’t changed.

“There is no margin for error with five guys. We may need for some things to happen and things happen at the national tournament all the time, but our guys are going into this thing trying to be their absolute best and at the end of the day if they perform that way we will see where that puts us.”

11 a.m. -- Session I (Preliminary rounds one and two, consolation first round)