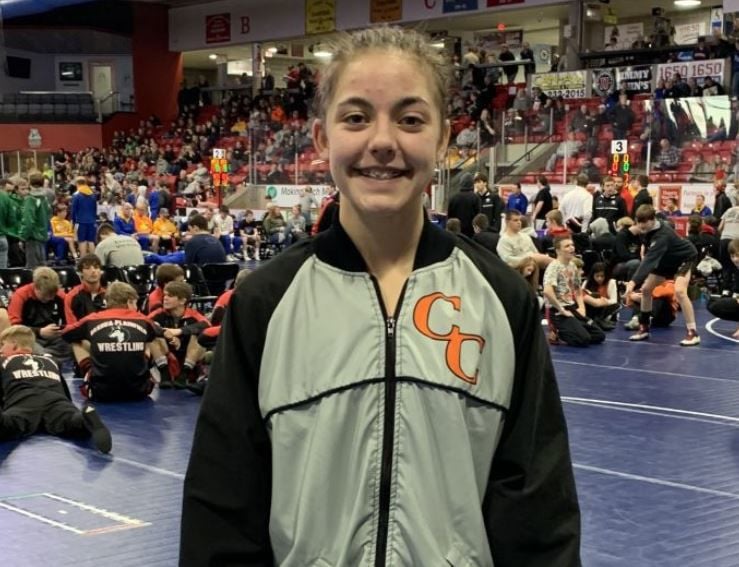 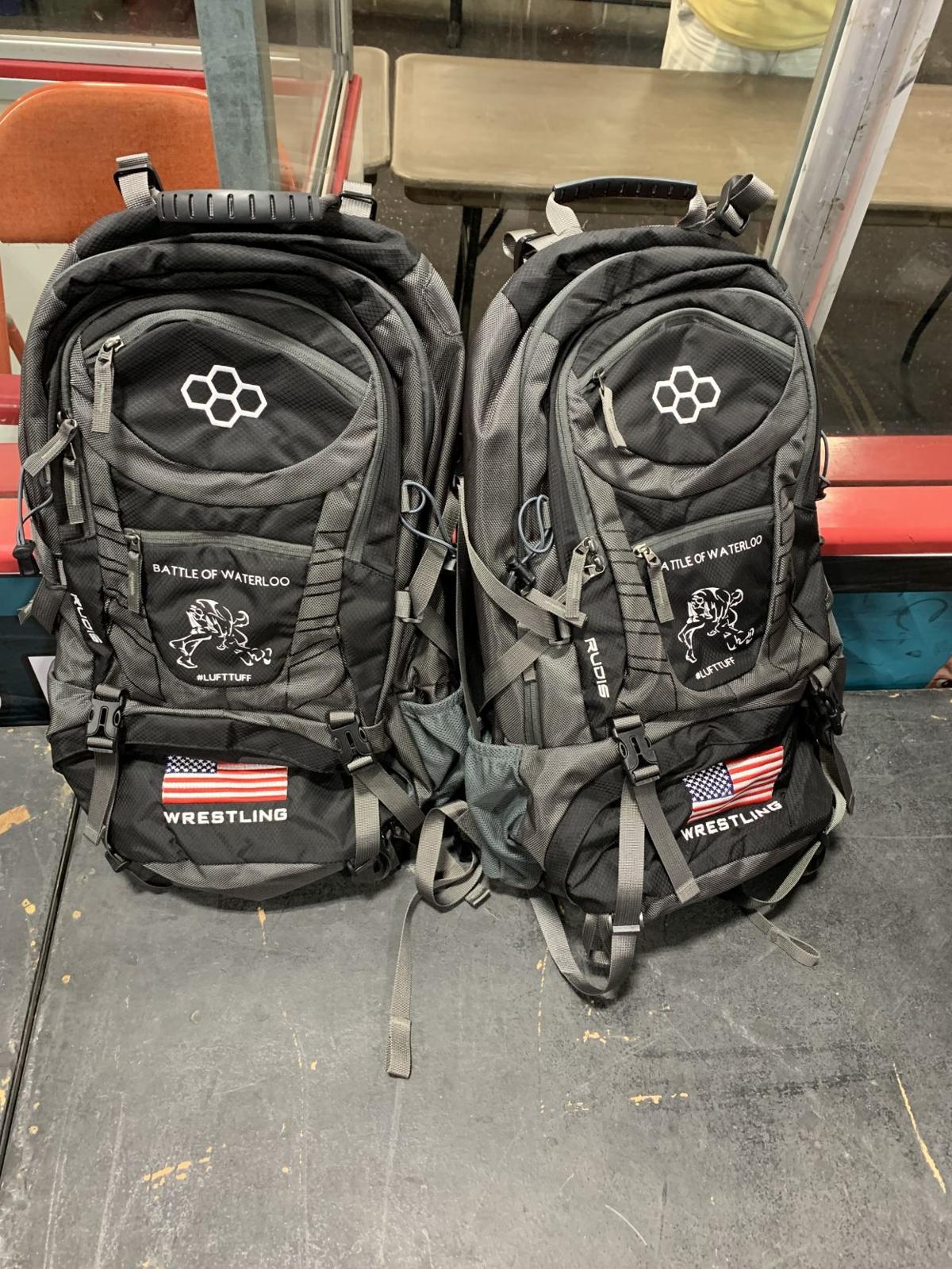 WATERLOO — You can run on for a long time

The Johnny Cash lyrics can be heard blaring from the headphones Lilly Luft is wearing as she bounces from her left foot to her right. She’s up next. The words speak to her, motivate her, remind her to be like her brother.

The whistle blows, and Luft runs out onto the mat for her first match at the 10th Battle of Waterloo wrestling tournament at Young Arena Friday.

Luft fights for four minutes and pins her opponent, lifting her Charles City girls’ wrestling team to a 29-27 first-round win over Osage. She briefly looks to the sky and knows Logan’s looking down and smiling.

“It means everything because Logan is not here to do it himself,” says Lilly, a freshman at Charles City. “For me to live through him and get to do it … it is an honor.”

Luft’s older brother was an aspiring star wrestler for Charles City when on July 4, 2017, he died in an ATV accident. Upon his death, Luft, an organ donor, saved 21 people in seven different states with his organs, tissue and bone donations.

His family has raised awareness for organ donation since his death, and in May of this year, a bill commonly referred to as Logan’s Law was signed into law by Iowa Gov. Kim Reynolds in his honor — meaning now, in the state of Iowa, hunting and fishing licenses have a spot designated for individuals to register their pledge to be an organ donor.

Lilly Luft, who wrestled up through third grade, took up the sport again this fall and was 13-0 after her first-round win Friday.

“I think if he saw me now he would be proud,” Lilly said. “He always loved doing wrestling moves on me and teaching me stuff. I think it is great I’m wrestling now.

“He had that walk-out song that he loved so much. Every time before I go out on the mat I listen to it and it reminds me of him. It gets me pumped up and ready and I think of him and what he’d do and that means never give up.”

Luft’s mother, Wendy, was not sure what to think when Lilly, the youngest of the three Luft children (Logan and Lilly have an older brother, Landon), told her mom in the fall that she was going to wrestle again.

“It’s hard to put into words,” Wendy said. “I honestly believe when we lost Logan I would never have a wrestler to cheer for again. When she came up and said, ‘I’m going to wrestle,’ I really didn’t know if she was serious. Then we took her to a preseason national tournament and she got the floor mopped up with her and it was a tough time. She was not prepared for it and I thought she’d come back and say, ‘I’m never wrestling again’ or, ‘I’m going to put some more work into it.’

Wendy definitely feels this season is about Lilly trying to stay close to Logan’s memory.

“All three of my kids were very close,” Wendy said. “All were a year apart and they were so close. I think they are trying to find a way to handle that tragic loss. You don’t know what works with one kid against another. I think she has found this as being a way to connect to him.

“We had a sit-down conversation a while ago and she said, ‘I wish I would’ve known him better,’ and I said, ‘You were his closest buddy. Nobody knew him better than you.’ I think she was searching for something and this is it. She wears a lot of his wrestling gear, sweatshirts, shirts. She listens to his music and is preparing just like he would prepare.”

The Luft family donated two wrestling backpacks to the Battle of Waterloo — one for the boys’ division and one for the girls’ division — that will be rewarded to the wrestler with the most falls in the least amount of time.

Logan Luft of Charles City was an aspiring star wrestler when on July 4, 2017, he died in an ATV accident. Upon his death, Luft, an organ dono…

DES MOINES — A Charles City teen who died in 2017 after an ATV accident may soon have a state law bearing his name.

CHARLES CITY -- A Charles City teenager has been declared brain dead after an ATV accident Tuesday.

Luft remembered for inspiring others

CHARLES CITY — As the RAGBRAI horde approaches Charles City, one rider looks forward to possibly meeting the family of the teen whose life ins…

Charles City put the Battle of Waterloo girls' field in a headlock Friday on its way to the title.

Lisbon edged Don Bosco for the title to cap an exciting day of wrestling at the Battle of Waterloo.

The Mitchell County Board of Supervisors on Dec. 17 OK'd the Compensation Board's recommendation for pay raises for elected officials and county employees. 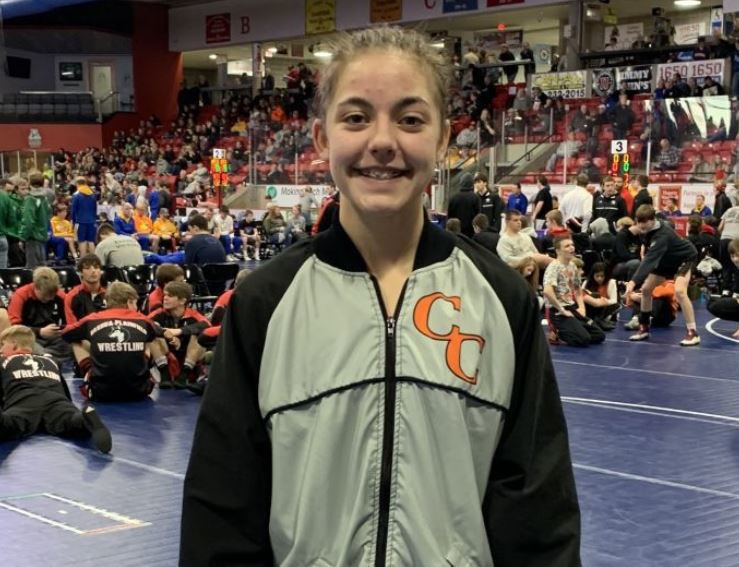