Why 'The 1619 Project' creator is 'proud' to have 'enemies' in Donald Trump, Ron DeSantis

WAVERLY — Wartburg College has a lot of reasons to be excited about the 2017 baseball season.

After winning the last two Iowa Conference regular-season championships and making the NCAA Tournament three of the past four years, the Knights head into a new season with 13 seniors and 14 juniors on the roster. Among them are seven returning starters and five of last season’s top six pitchers.

Head coach Joel Holst and his team have one more reason to be excited. If everything goes according to plan, Wartburg will open its season Sunday against Hamline — on the Knights’ home field.

“The middle of February, playing at home, it’ll be a first for us,” said Holst. “We’re excited about that opportunity if it happens for us.”

There will be a void to be filled in the middle of the lineup where Tanner Johnson, Milton Croes and Ryan Kemp were a formidable trio the past couple of seasons.

“Those three kids are pretty difficult to replace,” said Holst. “I think we will replace them with more athleticism, so we’re excited about putting pressure on defenses as much as we can.”

Overall, the Knights have what they need to put together a big season.

“Our guys have high expectations,” said Holst, whose team is ranked 26th nationally in the NCBWA preseason poll.

SOFTBALL: After several years of struggles, the Knights were once again a team to be reckoned with last season when they won 18 games, went 7-7 in the conference and made the league tournament for the first time since 2009.

Nearly everyone is back for head coach Jamie Mueller, plus Taylor Smola, who is returning after a year away from the program.

“The team’s season goal is to make it to the NCAA Tournament,” said Mueller. “Last year we made some huge strides.”

The lineup will have plenty of speed and plenty of punch. Infielders Erica Countryman and Mara Forsyth hit .450 and .437 last season, respectively, and earned second-team all-conference and all-district honors. Versatile Kailee O’Brien was honorable mention all-conference after hitting .324, and twin sisters Kristie and Katie Sommer will again make an impact when they join the team following basketball season.

Kim Wedeking is back as the No. 1 pitcher while Brenna Gray also got a few varsity innings last year (23.2). Depth in the circle, said Mueller, is a concern.

On the other hand, these Knights have tasted success, and they are hungry for more.

“I think just from where the program was a few years ago and leading up to last year there was almost an expectation from them to lose and get beat up on in the conference,” said Mueller. “I think from some of the success they saw last year, they completely changed their expectation. Now they expect to win. They think they can beat anybody. And they’re determined to really turn this program around and bring it back to the top of the conference again.”

MEN’S GOLF: Head coach Jason Steege returns five golfers who played in the majority of the team’s tournaments last fall in Tanner Randall, Austin Newbrough, Matt McAleer, Joe Zittergruen and Austin Thompson. Nathan Steggall is also in the mix for one of those top five spots.

The Knights have finished second in the Iowa Conference the past two years.

MEN’S TENNIS: The Knights already have three dual meets and one win under their belts, and the No. 1 doubles team of Brandon Hornback and Connor Barnard are unbeaten so far.

Overall, everyone in the top six for coach Chris Gustas has previous varsity experience as Wartburg takes aim at perennial league favorites Coe and Luther.

WOMEN’S LACROSSE: Two years ago, the lacrosse season was one of discovery for Wartburg’s new program. Last year, the Knights took a giant step by going 7-10 overall and 3-6 in conference play.

A's running out of time to find home in Oakland, Las Vegas

The Oakland A's have been negotiating for a stadium in Oakland or Las Vegas. Oakland officials want to keep the A's, but they have been careful about spending public money. Las Vegas officials aren't likely to provide public funding. The A's also could explore other cities.

Where does Rolen fit in with the best third basemen of the expansion era?

Scott Rolen was elected to baseball’s Hall of Fame on Tuesday, becoming the 18th third baseman elected to the Hall of Fame and the seventh since the expansion era started in 1961 to be voted in by the BBWAA. But how does Rolen compare with the six other expansion-era inductees?

Slick-fielding third baseman Scott Rolen has been elected to the Baseball Hall of Fame with five votes to spare above the 75% needed. The seven-time All-Star and eight-time Gold Glove winner appeared on 297 of 389 ballots cast by the Baseball Writers’ Association of America for 76.3%. He becomes the 18th third baseman elected to the Hall, the fewest of any position. First baseman Todd Helton was second with 281 votes for 72.2%, falling 11 votes short, and reliever Billy Wagner third with 265 for 68.1%. Rolen had a .281 batting average with 316 homers and 1,287 RBIs with the Phillies, Cardinals, Blue Jays and Reds from 1996-2012.

Adrián Beltré highlights the first-time eligibles for election to the Baseball Hall of Fame in 2024. Joe Mauer, Chase Utley, David Wright, José Bautista and Matt Holliday are also expected to make their debuts on the ballot next year.

Inside the most dysfunctional Patriots season under Bill Belichick: ‘I’ve never seen anything like it’

BOSTON — Light rain cut through a thick, gray fog choking Foxboro when Bill O’Brien walked into Patriots headquarters Monday to end the team’s search for its next offensive coordinator. O’Brien’s second interview was his final step toward a long-awaited reunion with the franchise that launched his NFL career. Soon, he would be hailed as the savior of an offense in need of resurrection. Because ...

Left-hander Jeffrey Springs became the first of the 33 players who exchanged proposed arbitration salaries with their teams to reach a deal, agreeing to a $31 million, four-year contract with the Tampa Bay Rays.

It looks as if Chicago White Sox slugger Eloy Jiménez could spend a lot of time at designated hitter this year. Jiménez himself has other plans. The 26-year-old said he is preparing to play more games in the outfield.

The Minnesota Twins were smitten after one season of Carlos Correa's hitting, defense, intelligence, experience and leadership. The belief in those traits was strong enough to commit a franchise-record amount of guaranteed money for at least the next six years. 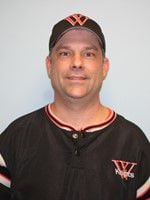 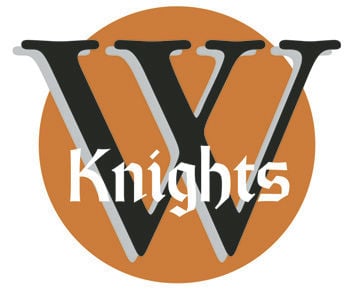 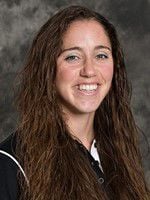 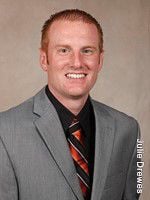 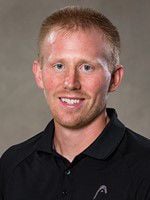