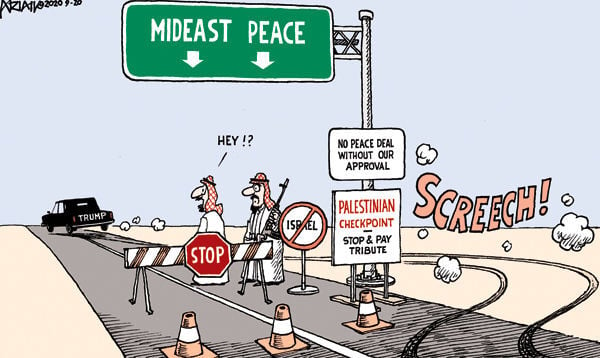 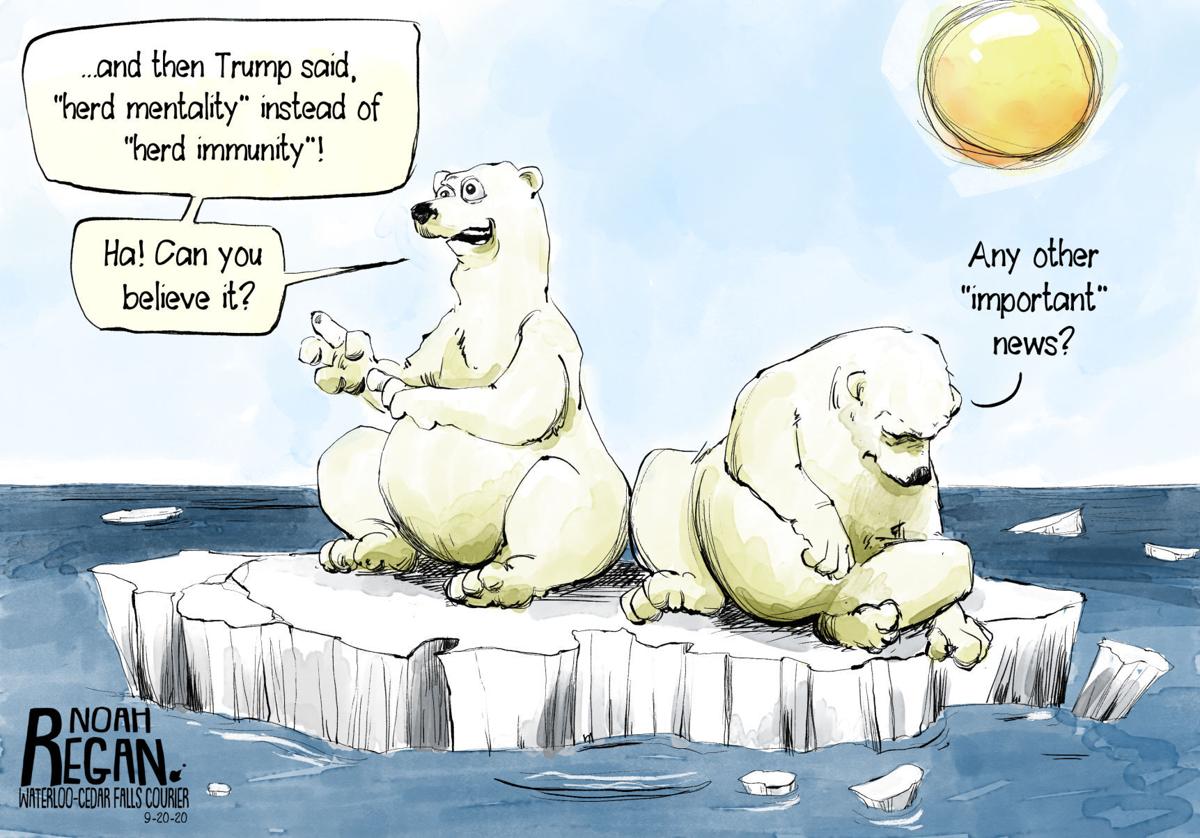 With President Donald Trump in a fierce re-election battle with Democrat Joe Biden, the administration has used incumbency to announce groundbreaking initiatives.

Some are disingenuous, particularly regarding the the use of blood plasma as a COVID-19 treatment and the possibility a vaccine will be available before the election.

But in foreign policy, peace talks between Afghan leaders, including opposition parties, and the Taliban could be a major breakthrough, although many sticking points must be surmounted.

And at the White House on Tuesday, the United Arab Emirates and Bahrain signed an agreement with Israel that the president says boosts Mideast peace efforts. The deal will normalize relations, but fails to address the future of the Palestinians.

On the COVID front, the National Institutes of Health had held up approval of a blood plasma treatment because of concerns about its effectiveness, despite Trump promoting it as a “beautiful ingredient.” The New York Times reported Trump called Dr. Francis Collins, the NIH director, to demand, “Get it done by Friday,” before the Republican National Convention.

On the eve of the convention, Trump announced the Food and Drug Administration had approved emergency use authorization of the treatment. FDA Commissioner Stephen Hahn cited a misleading figure that it would save 35% of the people getting it. He later apologized. The improvement may be around 3% to 5%

Unlike the malaria drug hydroxychloroquine, which the president promoted as a COVID-19 remedy (the FDA backed it, then reversed itself), blood plasma — a pale yellow liquid that remains after blood is stripped of red and white cells — was considered safe in a recent Mayo Clinic study. It has been used to treat the flu, SARS and Ebola.

However, the Netherlands stopped using it last month after a trial period when researchers found no difference in mortality, length of hospital stay or disease severity compared with patients given a placebo.

Trump’s contention a vaccine would be available by Nov. 1 — two days before the election — was contradicted by Moncef Slaoui, co-chief of Trump’s $10 billion Operation Warp Speed project, who called it “very unlikely.”

Dr. Robert Redfield, director of the Centers for Disease Çontrol, told Congress Wednesday it probably wouldn’t be available until the middle of 2021. Trump called him “confused.”

The previous week, nine pharmaceutical companies said they would “stand with science” and not rush a vaccine to market without vigorous tests because of concern about public acceptance.

A Kaiser Family Foundation poll found 62% of Americans are worried the FDA would approve a vaccine because of political pressure from Trump, while a STAT-Harris poll found 78% — a majority of both Democrats and Republicans — believe the approval process has become political rather than scientific.

The president has long wanted to extricate Americans from Afghanistan, berating military leaders for failing to provide an exit strategy. Secretary of State Mike Pompeo has moved things forward in negotiations with the Taliban Five who were freed from U.S. custody by the Obama administration in exchange for Army Sgt. Bowe Bergdahl, a deserter Trump called a “no good, rotten traitor.”

Peace may prove elusive because the Taliban oppose democratic elections, want imposition of Sharia law, have opposed women’s rights, and are at loggerheads on the makeup of security forces.

But in opening remarks, Taliban leader Abdul Ghani Baradar said it wants an Afghanistan “where everyone lives in peace and harmony and no one feels discrimination.” Its negotiators reportedly are attempting to interpret Islamic law to bridge some concerns.

A Taliban leader told the BBC, “Isn’t it better to talk together than to fight each other?”

Trump called the agreement between Israel, Bahrain and the United Arab Emirates a historic moment. “After decades of division and conflict, we mark the dawn of a new Middle East.”

However, backdoor ties between the UAE and Israel date to 1994 when their intelligence agencies began swapping information about a common foe — Iran. Economic ties, starting in 2016, presaged normalization.

The president also announced an economic pact between Serbia and Kosovo, which declared its independence from Serbia in 2008. Serbia still doesn’t recognize it. Because Serbia and Kosovo couldn’t reach a joint statement, the deal seems somewhat tenuous.

Both, though, agreed to recognize Israel, a boon to Trump’s evangelical base and courtship of Jews.

We’re skeptical about Trump’s timetable about vaccines and distrustful of putting politics before science. But on the foreign policy front, he deserves credit for starting a process that could end 19 years of American involvement in Afghanistan, although it’s doubtful a resolution will occur any time soon.

Commentary: Vote for work and good pay -- not illegal immigration

The state's unemployment rate stands at 6 percent, down from a pandemic-induced peak of 11 percent. Still, our state hasn't fully recovered.

LETTER: Learn from the octopus