Deere and UAW return to negotiations 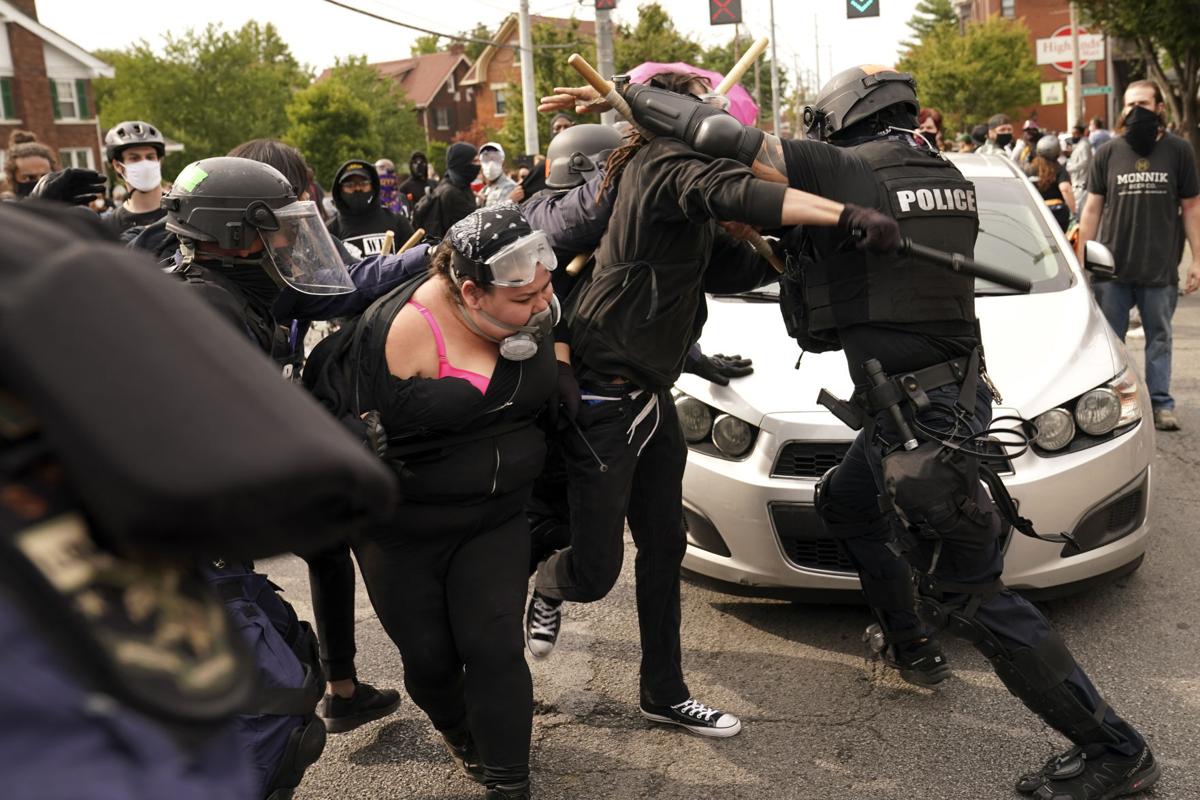 Police and protesters clash, Wednesday, Sept. 23, 2020, in Louisville, Ky. A grand jury has indicted one officer on criminal charges six months after Breonna Taylor was fatally shot by police in Kentucky. 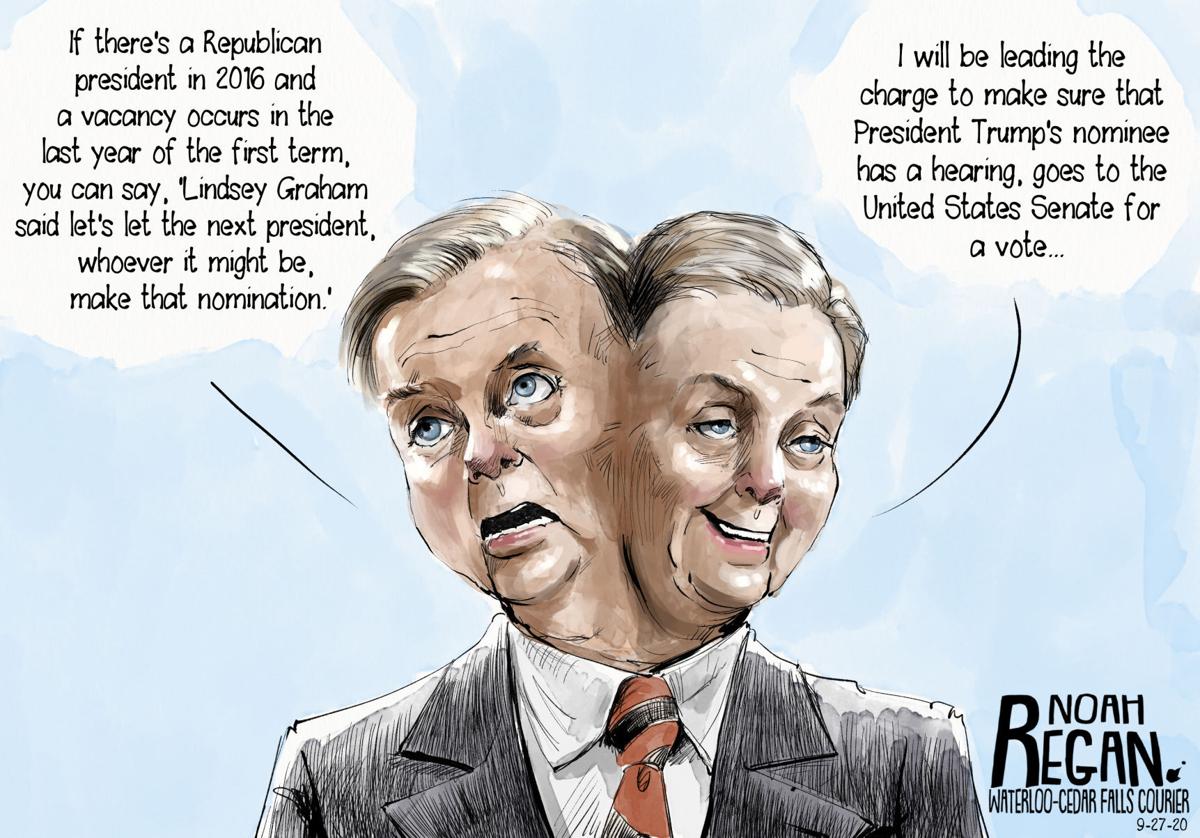 Is 2020 “the worst year ever?” The question has been raised in various news outlets and is becoming commonplace on social media.

“Why every year — but especially 2020 — feels the worst ever,” read a recent National Geographic headline.

“Stories of fear and peril pique our anxiety,” it reported. “They put our brains on high alert, an advantage that once protected our early hominid ancestors from predators and natural disasters, but one that now leaves us ‘doomscrolling,’ endlessly refreshing social media and online news to stay abreast of the latest threats.”

Whatever the terminology, a global pandemic taking more than 860,000 lives globally and 200,000 in the U.S. has converged with social unrest and a perceived lack of political competence (whether viewed from the left, middle or right) to make it a turbulent year.

Although for perspective, there’s 536 A.D.

Based on scientific discoveries, Science reported, “Turns out a volcanic eruption in Iceland created a cloud so large that it darkened the skies above Europe and Asia for months. As a result, temperatures dropped, snow fell during the summer, crops failed, famine spread and millions of people starved. … Historians believe that this massive change somehow caused bubonic plague, which would go on to eliminate almost half of the Eastern Roman Empire’s population and hasten its collapse.”

Which isn’t to dismiss 2020’s awfulness, although much of our current malaise was pre-pandemic.

A 2019 Pew Research Survey found 60% of respondents felt the U.S. influence in the world was declining, only 12% were “very optimistic” about the nation’s future, 31% “somewhat pessimistic” and 13% “very pessimistic.”

But the pandemic has increased isolation from family and friends. Large gatherings, for the most part, are a memory. Economic distress is widespread.

Murders, drug overdoses and suicides are up significantly. But, in some instances, that was pre-pandemic.

Last month, the Wall Street Journal reported a 24% murder increase in the nation’s 50 largest cities, led by Chicago, but also in Phoenix and Omaha, which are not particularly violence prone.

Drug overdoses fell in 2018 for the first time in 25 years, then spiked in 2019 at 70,980, according to the Centers for Disease Control. More than half (36,500) were due to synthetic opioids such as fentanyl, often mixed with cocaine or meth. From this January to April, overdoses increased 11.4%.

Anxiety and depressive disorders increased between April and June. In one survey, 40.9% of adults reported adverse mental and behavioral health conditions — 26.3% pandemic-related, including 10.7% who contemplated suicide. It reached heightened levels among “essential workers,” including Blacks, Hispanics and caregivers.

Farmers are at risk with commodity prices down 50% since 2012 and debt up nearly a third since 2003. A glimmer of hope regarding the trade war with China hasn’t fully materialized.

Suicides are up 13% in Cook County (Chicago) and 70% in Fresno in the heart of California’s Central Valley agricultural region.

The Journal of the American Medical Association reported in August, “There are fears that the combination of canceled public events, closed businesses, and shelter-in-place strategies will lead to a recession. Economic downturns are usually associated with higher suicide rates. … Schools have been closed for indeterminable periods, forcing some parents and guardians to take time off work. … Existing research suggests that sustained economic stress could be associated with higher U.S. suicide rates in the future.”

This isn’t to minimize today’s often heart-rendering trials and tribulations putting a premium on individual and family persistence. Unlike earlier eras, resources are often available. Pursuing them shouldn’t be regarded as weakness, but a helping hand necessary to get through tough times.

We may learn more about Hillary Clinton with the arrest of her lawyer.

John Deere and its union have a labor contract ending, so they must negotiate a new one to avoid a strike.

Do you miss Trump yet?

Are you missing President Trump yet? It’s only been 10 months, but President Joe Biden has taken the greatest country ever and turned it into …

Back the Blue's billboards are racist

Back the Blue has advertised on two billboards. One is on Highway 63 south of Franklin and the other is on Franklin across from Hardees. Both …

Let me get this straight. Chuck Grassley doesn't think there is anything wrong with an attempted coup? He thinks because the former occupant o…

Iowa Board of Regents elevates kowtowing to Republican lawmakers over health and safety.

I and many like me think that allowing professor Steve O’Kane to return to teaching, even remotely, is not sending a clear enough message to t…

Police and protesters clash, Wednesday, Sept. 23, 2020, in Louisville, Ky. A grand jury has indicted one officer on criminal charges six months after Breonna Taylor was fatally shot by police in Kentucky.