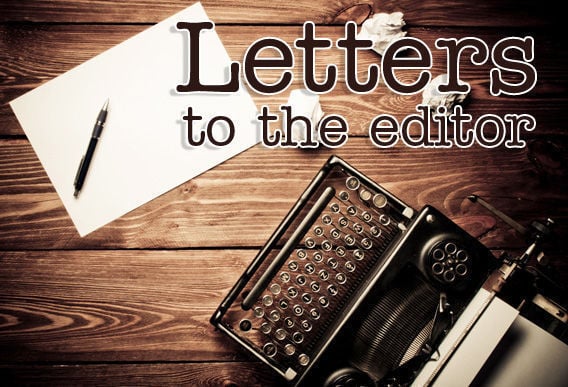 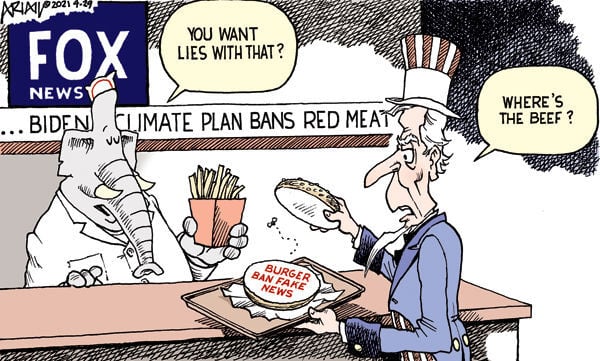 May is Mental Health Awareness Month, and it’s a cause dear to our hearts. We know one in every four adults will be affected by a mental health issue in their lifetime, so it touches virtually every family. If you’re suffering, or know someone who is, please talk to someone. It’s OK not to be OK, and there’s help in our community. The Black Hawk-Grundy Mental Health Center does a tremendous job of providing help. We’re honored to support a Mental Health Awareness Virtual Breakfast, a benefit for the center, at 7:30 a.m. May 14. Join us to learn more and be inspired about keeping these valuable services in our community. Learn more at unitypoint.org/waterloo/breakfast, call (319) 235-3960 or email allenfoundation@unitypoint.org.

News broke April 26 that “Hundreds of 17-year-olds who could not cast ballots in the 2020 election because of their age are among 294,000 registered Iowa voters recently marked as inactive, Iowa’s election office confirmed Monday.”

This makes the secretary of state’s recent push to register high school students rather disingenuous. The secretary of state reached out to our local League of Women Voters to support his March 30 voter registration drive, marking the 50th anniversary of Iowa lowering the voting age from 21 to 18. Every School that registered 90% of eligible students got recognized with the Carrie Chapman Catt award. Catt is the Iowan who helped pushed through the passage of the 19th Amendment, when women won the right to vote. She also founded the League of Women Voters.

Mr. Paul Pate, do not ask for my support registering 17-year-olds and then mark them as inactive when they could not vote in 2020. Carrie Chapman Catt said: “The vote is a power, a weapon of offense and defense, a prayer.”

Do not disillusion our youths by making them question their registration status, and do not invoke Catt’s name in your efforts.

Did you watch the funeral service of Sgt. Jim Smith of Independence? Rebranding the police logo is wrong and very disrespectful to the Waterloo Police Department. The griffin logo stands for service.

While it is vitally important that we slow global warming by reducing the amount of carbon dioxide that is being added to the atmosphere from the burning of fossil fuels, what about the excess carbon dioxide that has already been added to the atmosphere? This carbon will continue to warm the planet for many years unless it is removed. The ocean removes some of it, but agriculture also has a huge role to play.

Farmers may hold the key to saving the planet by employing regenerative agricultural practices that remove atmospheric carbon and improve the soil. These practices include using winter cover crops to change atmospheric carbon into organic matter while holding the soil, employing no-till planting methods to reduce erosion and increase water infiltration, rotating crops to build up soil nutrients and a diverse population of soil microorganisms, and returning grazing animals to grasslands where they add natural nutrients and aerate the soil while the plants sequester atmospheric carbon.

In addition to saving the planet, these practices may also save the farmers. According to research conducted by the United Nations, the Earth’s top soil may be gone in 60 years. This dire prediction can be reversed by regenerative agricultural practices.

Last Sunday night’s Oscar for best documentary went to Netflix’s trailblazing documentary “My Octopus Teacher.” The documentary chronicles a complex relationship between a man and the world’s most bizarre animal — an octopus. It further testifies to our highly conflicted relationship with non-human animals and the natural world.

Most of us treasure our “pets” — dogs, cats, horses. Our allegiance to them transcends that to our own species. If our dog and a Congolese child were competing for scarce funds for life-saving surgery, we know who would live.

Yet, we torment, kill, and consume other animals that are similar in appearance, intelligence, and ability to suffer. Then, we condemn Asians who do the same to animals we consider pets.

We pride ourselves on being intelligent, rational beings. We have gone to the moon, unraveled and modified genetic codes, and found cures for deadly diseases. Yet we still have not figured out our relationship with non-human animals and the natural world.

Some of us have. Vegans profess compassion and respect for all sentient beings. Veganism requires no special courses or certifications. Every one of us can become one on our next trip to our supermarket.

Are we seeing “rules for revolutionaries?”

One rule is to not identify your name, nor state what you will do after you are in power. Their plan: Speak only in vague generalities and use simple phrases the public can identify with. Terms such as “socialist”, “communist” or “Marxist” generally have a negative connotation, and while millennials typically like them, the population at large does not. Do not look to antagonize ordinary Americans more than is necessary. Use terms such as “progressive” or “social justice warrior” to describe yourself. These are far less threatening to the average American. Fidel Castro initially identified himself as a “humanist.” Only after he felt secure in his new position did he announce to the world: “I am a Marxist-Leninist.”

How is President Biden responding to rules espoused by revolutionaries?

Rebranding the griffin is disrepectful

Did you watch the funeral service of Sgt. Jim Smith of Independence? Rebranding the police logo is wrong and very disrespectful to the Waterlo…

Are you aware that most of that “free” money Washington has sent you is headed back to Washington, courtesy of higher gas prices, taxes and cl…

Glad the worst president ever is gone

Isn’t it a wonderful feeling of having four years of the worst president ever behind us and not have all the lies and deceit?

Ernst's complaints about unity are laughable

“Ernst: Biden has failed to act on promise to unify country” appeared as a front page headline of the April 29 Courier. That reminds me of the…

The American Rescue Plan sent most individuals $1,400 to help weather the lasting effects of the pandemic. In addition, this plan will reduce …

Are we seeing “rules for revolutionaries?”