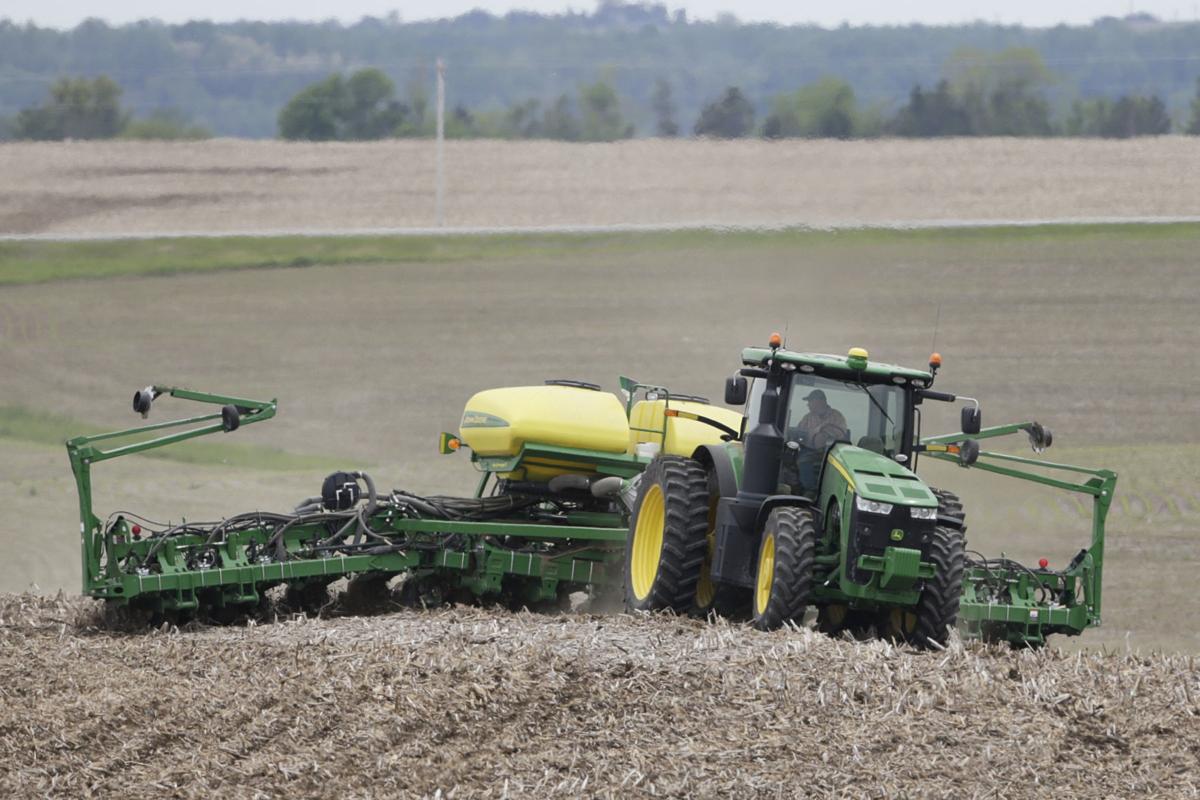 A farmer plants soybeans May 23 in a field near Springfield, Neb. China's government says importers have agreed to buy American soybeans and pork. The announcement comes as the two sides make conciliatory gestures ahead of trade talks next month. 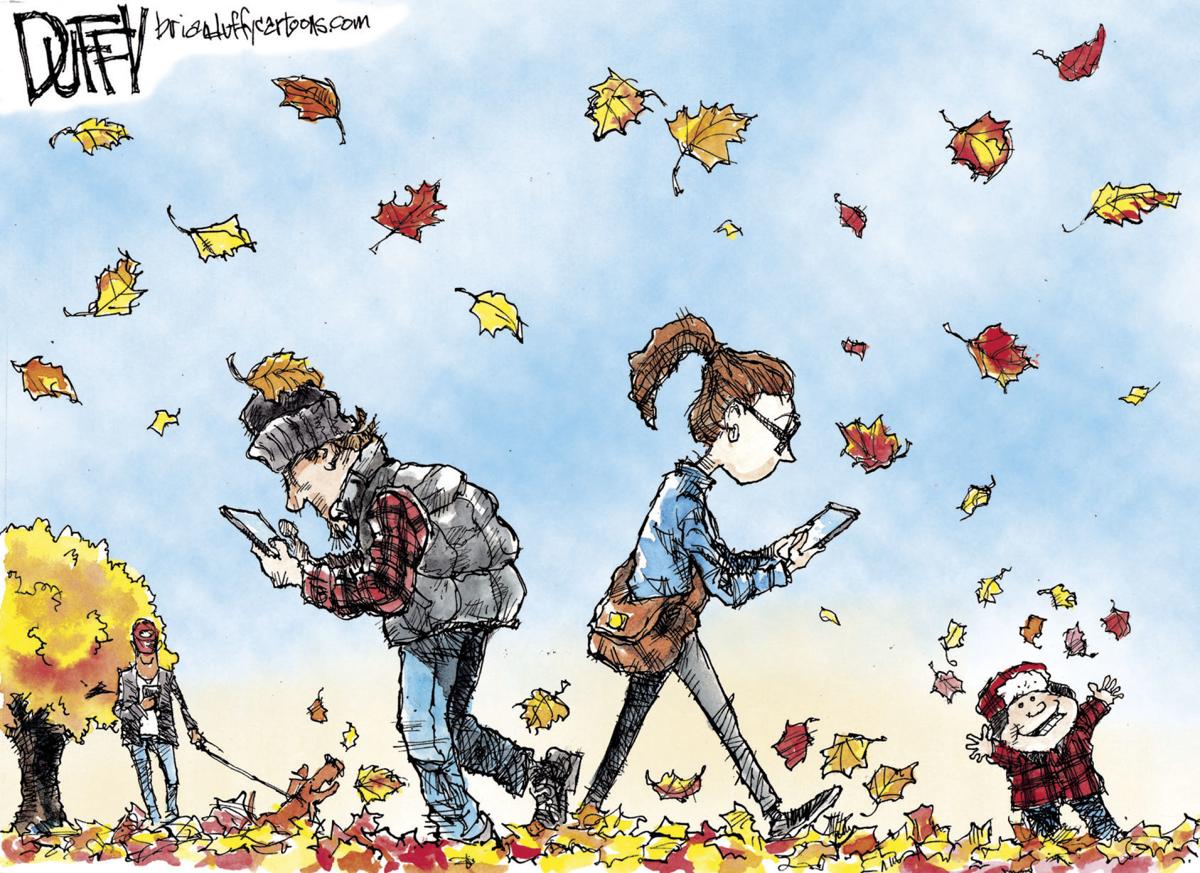 President Donald Trump recently announced a partial trade deal with China, calling it “the greatest and biggest deal ever made for our Great Patriot Farmers in the history of our Country.”

Although lacking written details, it came three weeks after he stated Sept. 20, “We’re looking for a complete deal. I’m not looking for a partial deal.”

Unlike other failed trade truces — one announced last December in Buenos Aires and another in June in Japan — it may survive out of mutual necessity.

Trump stated China would buy $40 billion to $50 billion worth of U.S. agricultural products, while he would suspend another tariff increase — to 30 percent, up from 25 percent — on $250 billion in goods imported from China.

China purchased $24 billion in farm products before the trade war began in March 2018. Since then, soybean exports have dropped 74 percent to $3.1 billion, pork 21 percent to $852 million and dairy products are down 50 percent.

Iowa is the leading U.S. exporter of pork — a staple of the Chinese diet — and China has a desperate need. African swine fever has wiped out nearly half of its hogs — 300 million to 350 million.

Iowa is second in U.S. soybean production. The timing of the deal will be critical. If it occurs too long after the current harvest and into the winter and spring, China may look again to South America to fill its needs.

Chinese food prices have soared. Along with the Hong Kong protests, that’s testing the leadership of President Xi Jinping.

The Trump administration has provided farmers with $28 billion in aid the past two years to ease their financial strains, which have reverberated on local economies.

New York University economist Michael Waugh found that counties hardest hit by the loss of farm exports had a decline in auto sales, a 3.8 percent drop in consumption growth and a decrease in employment growth. John Deere and Navistar (formerly International Harvester) are among those announcing layoffs.

The economy has been Trump’s greatest strength up until now, but a consumer backlash could occur if higher tariffs boost prices during the holiday shopping season.

China doesn’t pay the tariff “tax” — U.S. importers do — an extra $50 billion through the first six months of this year. What can’t be absorbed is passed along as price hikes or decreases in product quality and quantity.

The Institute for Supply Management’s manufacturing index in September fell to its lowest mark in a decade, a precursor to a possible contraction, while business investment also declined. Manufacturing jobs grew by 22,000 per month after passage of the 2017 tax reform act, bringing unemployment to its lowest point in nearly a quarter century, but have eased to 5,000 monthly.

We have argued that going unilaterally, while alienating allies with tariffs of steel and aluminum, was wrongheaded and misjudged the consequences.

On March 2, 2018, Trump’s economic advisor Peter Navarro dismissed any blowback, telling Fox Business, “I don’t believe any country in the world is going to retaliate for the simple reason that we are the most lucrative and biggest market in the world.” Trump tweeted, “Trade wars are good, and easy to win.”

The Obama administration designed the Trans-Pacific Partnership to confront China, but Trump pulled out three days into office. Liberal Democrats also opposed the pact, citing environmental and labor concerns, although it’s an improvement over the North American Free Trade Agreement.

When Trump called his trade deal with Japan in late September “a game changer for our farmers and our ranchers,” a CNBC analysis found it either mirrored TPP provisions or fell short, although U.S. pork, beef and grain (notably ethanol) fared well.

CNBC also noted Trump’s trade wars have “pushed our trading partners to sign trade deal agreements — not with us, but with one another. The list includes Japan and Europe, Europe and the Mercosur zone in South America, and Europe and Mexico.”

For the sake of U.S. farmers and the local economies they anchor, we hope this latest trade announcement isn’t more false hope.

Two elementary school educators from Denver and Waverly were recently recognized with presidential awards for their student-focused approaches to teaching math and science.

The Waterloo City Council is debating a proposal to censure city elected officials who leak confidential information or violate other serious city policies.

Calling rural issues "the backbone of the economy," Minnesota Sen. Amy Klobuchar talked about her agriculture plan and took questions from northeast Iowa farmers at a campaign stop for her presidential campaign in Chickasaw County on Wednesday.

A farmer plants soybeans May 23 in a field near Springfield, Neb. China's government says importers have agreed to buy American soybeans and pork. The announcement comes as the two sides make conciliatory gestures ahead of trade talks next month.