Editorial: The second stimulus is welcome, but it won't be enough
0 comments
Share this
{{featured_button_text}}
1 of 2 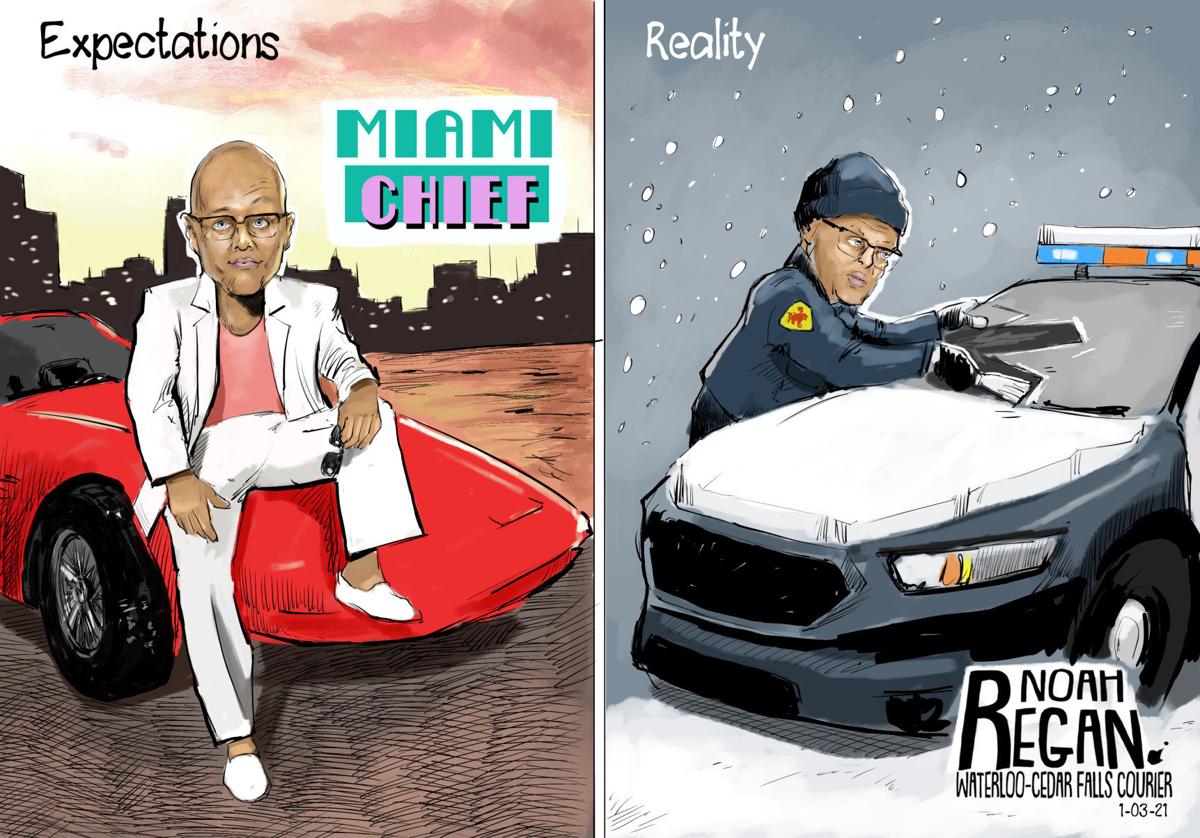 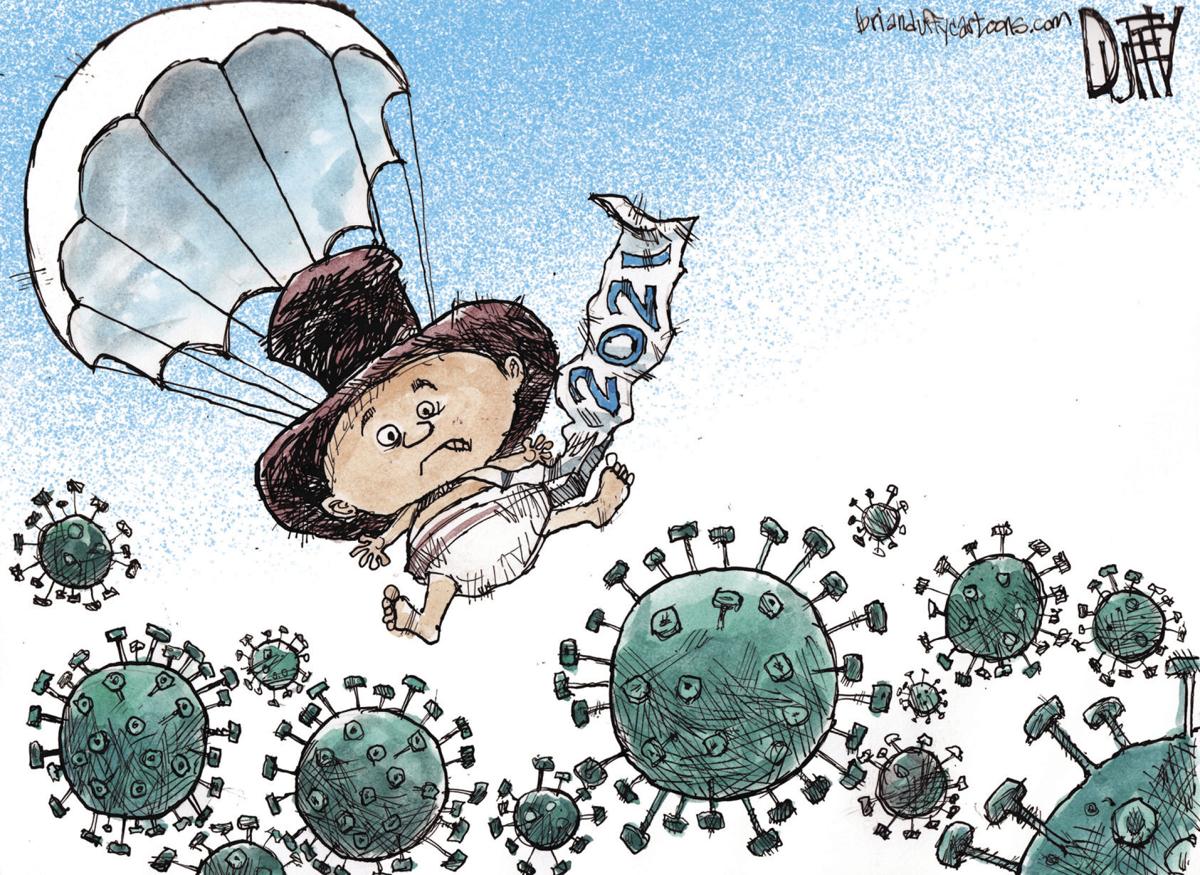 This editorial originally appeared in the Los Angeles Times.

After holding America’s fragile and weakened economy hostage for days as he dithered and waffled, President Donald Trump at last signed a $900 billion coronavirus aid package, one that includes a second round of stimulus payments for American households.

Trump’s decision Sunday brought an end to a self-inflicted round of confusion and uncertainty, after he bizarrely lashed out against the stimulus payments of up to $600 per person, denouncing that amount as inadequate and calling for a higher number: $2,000 per person. House Democrats, finding themselves on Trump’s side for a rare change, giddily complied and passed a separate bill on Monday that would more than triple the stimulus payments; it is unclear whether Senate Republicans ultimately will go along.

It’s worth remembering that the amount Congress approved — up to $600 per person — was the Trump administration’s initial suggestion. That amount will cost $166 billion — which is roughly what Democratic leaders had proposed but an amount Republican leaders had refused to give to state and local governments. That aid was dropped from the legislation at the insistence of Senate Majority Leader Mitch McConnell, R-Ky., but it is desperately needed.

So the $600 figure didn’t come out of nowhere. Trump’s $2,000 figure, on the other hand, seems to have sprung purely from his desire to one-up every other proposal on the table. Including, bizarrely, his own.

The larger amount would undoubtedly solve a lot of problems for people struggling to keep themselves or their businesses going during the pandemic. That’s why it’s tempting to tell Trump, “Let’s do it!” as House Speaker Nancy Pelosi, D-Calif., did on Twitter.

But as we noted last week, it’s an inefficient way to help those who need it most. About 85% of Americans are slated to receive at least some direct aid; although every one of them will be happy to accept Uncle Sam’s handout, most of them don’t need the money and many will simply sock it away for the day they do. Those dollars provide neither relief nor stimulus.

We don’t begrudge the enthusiasm voiced by politicians like Pelosi and Sen. Bernie Sanders, I-Vt., for the larger checks. They’ve long sought to have the federal government do more to help people in a downturn, even if the government overspends in the process. They’re consistent, at least.

But there’s no principle animating Trump, other than his desire to generate headlines. Here, he appears to be trying to buy popularity by showering the public with taxpayer money, which is just demagoguery. And beyond being irresponsible fiscal policy, it’s irresponsible governance.

The massive law Trump signed on Sunday — it takes up more than 5,000 pages and a printed copy had to be flown to Florida, where Trump spent the weekend — is certainly better than nothing. It would extend enhanced federal jobless benefits for 11 weeks, giving hard-hit workers until March 14 and staving off the cruelty of cutting off benefits during the holiday season. But the new benefit, up to $300 per week, is half of what was in the original stimulus bill in the spring. It also extends Pandemic Unemployment Assistance — a program for freelancers and independent contractors — for the same period, providing an additional $100 per week.

The legislation also includes much-needed aid for K-12 schools and higher education, for broadband infrastructure, for vaccine distribution, for nursing homes and the child care industry, for some rental assistance and for nutrition subsidies.

Americans can breathe a sigh of relief as we close out one of the most difficult and miserable years in living memory. But the relief will not last long enough.

The extension of unemployment benefits was whittled down to 11 weeks from a proposed 16 weeks, purportedly to free up money for the stimulus checks. This trade-off was inefficient and unnecessary. Even with the promising vaccination campaign that is underway, it is hard to imagine the pandemic abating by mid-March. Moreover, halving the benefit to $300 from $600 will only prolong the pain for American workers, many of whom may not have permanent jobs to go back to.

The new law came after seven months of tough negotiations. And yet even tougher talks may lie ahead: President-elect Joe Biden has called for an aid package to be passed soon after he takes office on Jan. 20. What shape that takes — and even whether it happens at all — could depend on the outcome of the Jan. 5 runoff elections to determine two Senate seats in Georgia. For Democrats, the priority will rightly be on aid to cash-strapped state and local governments; for Republicans, their focus will be on shielding employers from pandemic-related liability. Pandemic relief will remain at the top of the agenda as we finally move on from the disastrous Trump era.

This editorial was composed by the editorial board of The Kansas City Star.

This editorial was composed by the editorial board of the South Florida Sun Sentinel.

Editorial: Does the GOP still stand for democracy, or only for Donald Trump?

This editorial originally appeared in the