State wrestling: A Karns in the corner, and a Karns on the mat

Editorial: China mishandles an epidemic
0 comments
Share this
{{featured_button_text}}
1 of 2 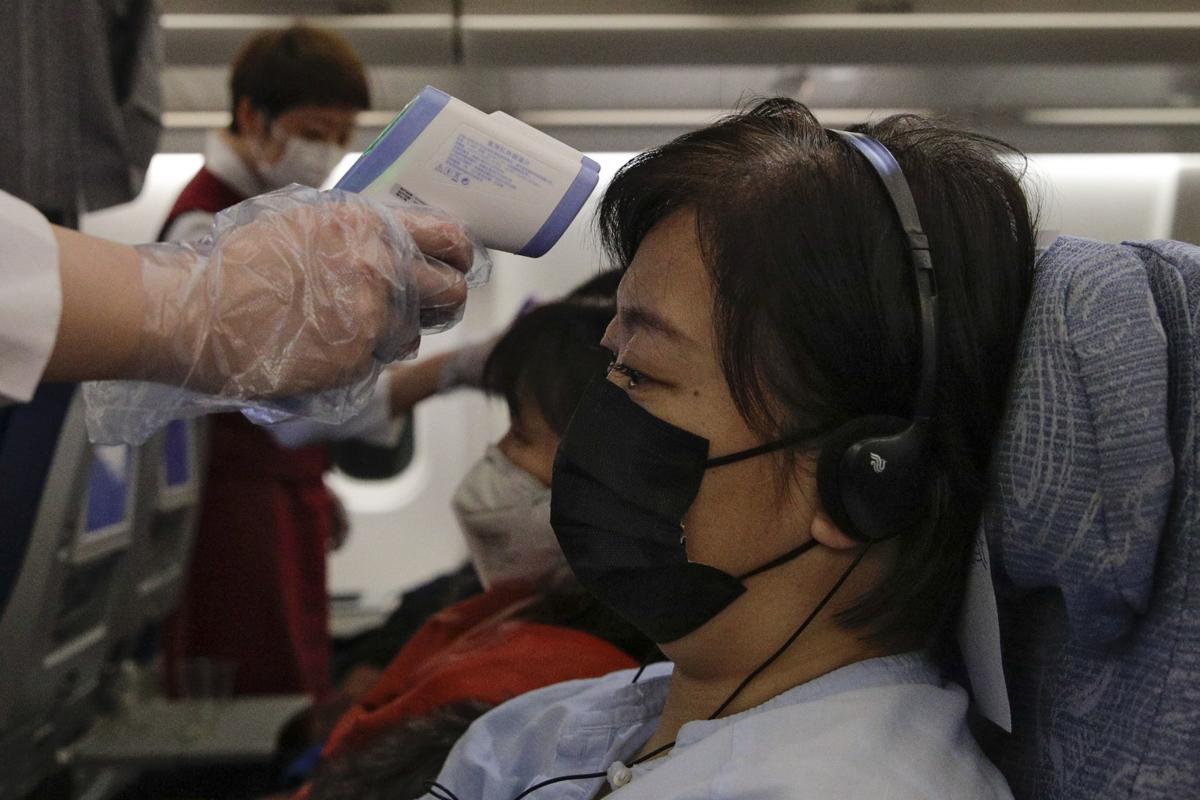 Stewardesses take temperatures of passengers as a preventive measure for the coronavirus on an Air China flight from Melbourne to Beijing before it land at Beijing Capital International Airport in China Tuesday. 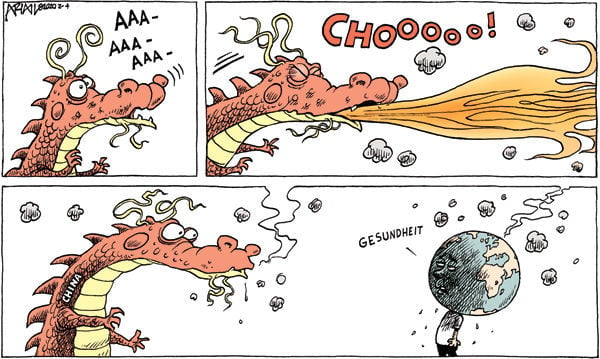 As the previously unknown coronavirus takes its toll on China, missteps exacerbated the growth of the epidemic, leading to quarantines in 16 cities and foreign nations banning travel to and from China.

With a short window to take preventive measures against a highly contagious disease, Communist Party officials in Wuhan, a central China city of 11 million about 700 miles south of Beijing, instead tried to silence doctors, fearing they were spreading “rumors” that could cause panic.

Lab technicians in Wuhan discovered a number of cases with an 87 percent similarity to severe acute respiratory syndrome Dec. 26 after a flood of patients with flu-like symptoms.

It’s a cousin to Middle East Respiratory Syndrome or MERS, which originated in Saudi Arabia, resulted in 2,499 cases and 861 deaths (34.5% fatality rate).

On Dec. 31, Chinese officials, who had kept the World Health Organization in the dark for months about SARS, disclosed a rare pneumonia-like virus.

On the ground, it was a different story.

Eight doctors were detained Jan. 1 by Wuhan police for posting and spreading “rumors” about hospitals receiving SARS-like cases. The state-run Xinhua News Agency warned, “The police call on all netizens to not fabricate rumors, not spread rumors, not believe rumors.”

The Supreme People’s Court later denounced those actions, stating, “If society had at the time believed those ‘rumors,’ and wore masks, used disinfectant and avoided going to the wildlife market as if there were a SARS outbreak, perhaps it would’ve meant we could better control the coronavirus today.”

With 59 cases analyzed, Chinese authorities announced Jan. 9 the existence of the new coronavirus — named for its crown-like appearance with a series of spikes made of proteins. It was linked to SARS and MERS.

Its numbers skyrocketed. By Sunday, the WHO confirmed 17,205 cases, mostly in China, and 361 deaths, all in China except for a Chinese national in the Philippines.

It may be an undercount. A study published in the medical journal Lancet by University of Hong Kong scientists estimated 75,815 people infected with the coronavirus by Jan. 25, assuming each infected person passed the virus to 2.68 others, and it was doubling every 6.4 days.

The difficulty in assessing the number is that the incubation period is 14 days from infection until symptoms — runny nose, sore throat, cough, headache and fever, which can be severe, as well as bronchitis and pneumonia.

It poses a risk primarily to those with heart and lung ailments, the elderly and infants. The WHO states most cases “have been milder, with about 20% of those infected experiencing severe illness.” The fatality rate is “only” 2.4%.

SARS was traced in China to a “wet” market — outdoor stalls selling fish and meat, including wildlife, with animals butchered while customers waited. A fruit bat apparently transmitted SARS to civet cats, a delicacy in China.

Dr. Zhong Nanshon, who identified the SARS virus, warned in 2006 that wildlife markets had to be cleaned up, they were “poorly managed and insanitary” and “a dangerous source of possible new infections.”

The origin of the Wuhan coronavirus outbreak is believed to be Huanan Seafood, where rats, live wolf pups, civets and seafood were sold. A longtime customer was the first to die. Workers and frequent customers were among the early patients.

The coronavirus is believed to have been transmitted by horseshoe bats.

On Jan. 23, Wuhan was put under quarantine along with 15 other cities — 56 million people total. Public transportation was suspended. Respiratory face masks and food items were hoarded

Many nations, including the U.S., have imposed travel bans. Unlike 2003, when 20 million Chinese traveled abroad, such travel is more common now — 150 million in 2018, including 360,000 Chinese students studying in the U.S.

The economic impact could be substantial.

Yet the epidemic also is a matter of perception. The Centers for Disease Control and Prevention has attributed 10,000 deaths in the U.S. to the flu during this winter season with 19 million illnesses and 180,000 hospitalizations.

Precautions are similar for the flu and coronavirus: wash hands thoroughly with soap; avoid touching your face, nose or mouth with unwashed hands; clean and disinfect surfaces commonly used; cover your mouth when coughing or sneezing, and stay home when sick.

China should have advised those simple measures at the outset, and shut wet markets years ago. An epidemic could have been avoided.

Monday night’s Iowa Democratic caucuses culminated with a debacle that disheartened candidates’ supporters, was the probable death knell for f…

The Supreme Court has agreed to hear two cases involving the Electoral College, the antiquated system that twice in recent history has installed the loser of the popular vote for president in the White House and could have that perverse result again in 2020.

Editorial: ‘Parasite’ win is not absolution for Oscar

Five years after being lambasted for #OscarsSoWhite, the Academy Awards made history by awarding Best Picture to “Parasite,” the first non-English language movie to win it in 92 years.

The Clinton administration culminated in four consecutive years of federal budget surpluses, albeit with a Republican-controlled House of Repr…

Editorial: Outrage at DHS in Glenwood

The workers say they were silenced and punished for complaining.

The damage Donald Trump is doing to agriculture will long outlast his presidency.

The Supreme Court has agreed to hear two cases involving the Electoral College, the antiquated system that twice in recent history has installed the loser of the popular vote for president in the White House and could have that perverse result again in 2020.

Stewardesses take temperatures of passengers as a preventive measure for the coronavirus on an Air China flight from Melbourne to Beijing before it land at Beijing Capital International Airport in China Tuesday.