Evansdale closes playgrounds due to COVID-19

Courier Editorial: We’re all in this together amid coronavirus threat
0 comments
Share this
1 of 2 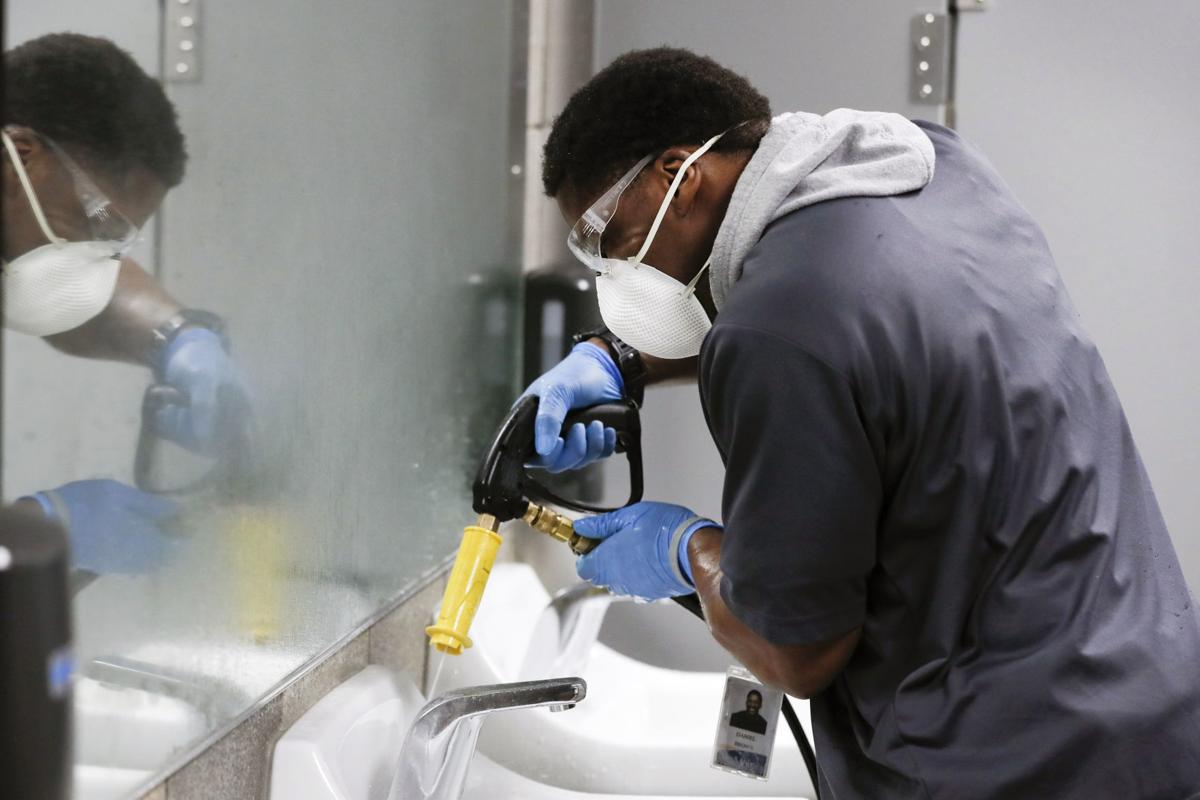 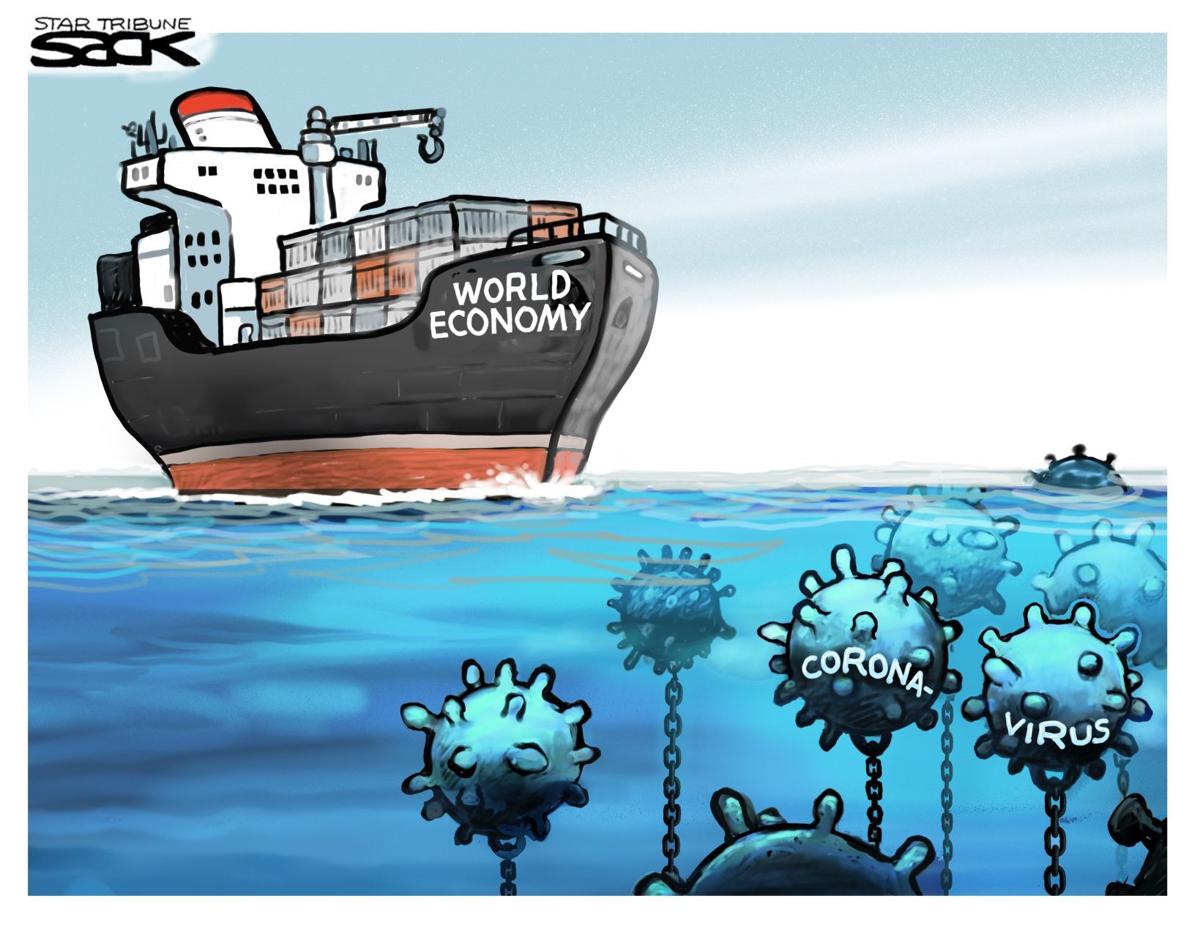 Gov. Kim Reynolds did the right thing Tuesday issuing an emergency proclamation closing numerous gathering places from dine-in restaurants to recreation facilities because of the coronavirus.

The directive in effect through March 31 undoubtedly will be extended. The Centers for Disease Control recommended “social distancing” for at least eight weeks.

Iowa had 38 cases by midweek, including an 81-year-old Black Hawk County resident.

“These are unprecedented times, and the state of Iowa will do whatever is necessary to address this public health disaster,” Reynolds stated.

This plague is unprecedented in our time, but the 1918 Spanish flu shows the need for social distancing.

The federal government was promoting Liberty Loan bonds at parades to cover World War I expenses. Two were scheduled that September in Philadelphia and St. Louis.

Philadelphia had no cases of civilians contracting the flu, but soldiers and sailors at nearby military installations were dying from it. Instead of canceling the Sept. 28 event, 200,000 watched the floats and John Philip Souza conducted marching bands.

More than 2,600 died within a week when city officials finally announced a lockdown. The eventual toll was 12,000.

In St. Louis, which previously canceled the parade, 700 died.

The U.S. was late to this game, but is now ramping up. President Donald Trump falsely compared COVID-19 to the flu and claimed it was “totally under control.” His acolytes at Fox News called it a “Democratic hoax.”

The CDC, though, stated COVID-19 was unlike the flu because it was so contagious.

Its worst-case scenario was 160 million and 210 million contracting COVID-19 within a year and deaths ranging from 200,000 to 1.7 million. The 21 million possibly needing hospitalization would overwhelm the nation’s 925,000 hospital beds.

Trump and Fox News changed their tunes last week after commentator Tucker Carlson personally implored the president to do something. He complained on air, “None of our leaders helped us to take it seriously. … People you trust, people you probably voted for, have spent weeks minimizing what is clearly a very serious problem. … That’s their position. … But they’re wrong.”

South Korea took immediate action on testing and lowered the incidence of COVID-19. It tested 5,200 people per million, compared to 74 per million in the U.S. by this week.

Italy didn’t take it seriously and had 3,405 by Thursday, now surpassing China’s death toll of 3,245. Lombardy regional newspapers had printed two-to-three pages of obituaries daily, but were now running 13. Because protective gear was lacking, 12% of health professionals contracted the disease, imperiling efforts.

Testing finally ramped up with universities and public health agencies involved. But Trump’s promise that everyone needing a test would get one was hampered by a shortage of testing compounds mainly available from France and Italy.

As the Courier reported, area residents with symptoms resembling COVID-19 were denied tests due to narrow criteria. Iowa also had limited tests available.

By Thursday, the U.S. exceeded 7,000 cases with 121 deaths, including three in a New Jersey family.

With one in five Americans losing their jobs, the economic toll was devastating.

Proving that it can be bipartisan during a crisis, Congress approved legislation to expand Medicaid, unemployment benefits and free COVID-19 testing. Its compromise mandating paid sick leave and child care benefits covered those quarantined with COVID-19 and their caregivers, but exempted businesses with more than 500 or fewer than 50 employees, hospitals, nursing homes and the self-employed.

Democrats took issue with a $50 billion package for the four major airlines, each with profits exceeding $1 billion and money generated by the Trump tax cut used to buy shares from stockholders rather than improve employee pay or build reserves. Democrats wanted relief aid to primarily benefit workers, as it should.

Residents can do their part by donating to agencies such as the Northeast Iowa Food Bank and Salvation Army, suddenly facing a more pronounced mission.

As the Courier reported, restaurants closed for dining were imploring residents to take out. Help them out. Their survival may depend on it.

We also like a recommendation that anyone delaying an intended purchase should buy a gift certificate now to assist beleaguered merchants immediately.

We’re all in this together.

Editorial: The veil of confidentiality in COVID-19 cases

Whether HIPAA is outdated has provoked a debate in the medical community.

Russian media would carry the baton with a disinformation extravaganza.

He may be on a roll, but some Democrats are seeking alternates, particularly in the wake of recent stumbling, rambling and misstatements.

Russian media would carry the baton with a disinformation extravaganza.

Editorial: Seniors need us more than ever

With a record 3.3 million filing for unemployment last week, the bill offers a much-need financial infusion.

Editorial: How to bungle a pandemic

In Greek mythology, Cassandra was cursed with prophesies nobody would believe. These days, the same fate has befallen epidemiologists warning …