The views expressed by columnists are their own and not the view of The Courier.

George F. Will, the conservative columnist for the Washington Post, is upset.

I agree with him.

Will, who won a well-deserved Pulitzer Prize in 1977 for commentary, recently labeled President Trump “our socialist president.” What drew his ire was the president’s decision to impose tariffs in what Will termed “his splendid little (so far) trade war.” But it wasn’t just the trade war, it was the proposed $12 billion compensation to farmers who would be hurt by the resulting price decline on farm products, and farm land, that caused as much or greater consternation for Will.

Will is a reasoned believer in the free enterprise system. He holds, as most do, it is market forces that should decide the allocation of resources, determined by the need and supply of products available to a society. Fundamentally, he is correct, except I also perceive a factor he does not recognize: The allocation of resources should be tempered by the need to protect people from the harsher impacts of this doctrine. Things like layoffs, recessions, bank failures or even availability of health care and old age income must be considered.

What worries both of us is that when the government intervenes in the free flow of trade and commences to erect barriers to alleviate or offset the consequences of a government policy to some of the participants in the market, government is then supplementing and thus distorting market forces.

Will might really be mad if he had waited a week to write. It turns out tariffs are not absolute. In a long article the New York Times revealed for some the tariff on a product they import can be waived if the item is not available in the United States.

The Commerce Department will review applications for waivers and then decide if the producer should be allowed to continue to purchase the item abroad. The best example is steel. The applicant files a request for a waiver, the Commerce Department asks for comments and then makes the decision. U.S. Steel and the other large manufacturer of this metal, Nucor, routinely express opposition to these waivers. On almost all occasions, the steelmakers prevail.

I don’t think it is a coincidence the Commerce Department officials making the decisions were formerly employed by, you guessed it, U.S. Steel and Nucor.

But Will’s concern and mine go beyond tariffs and trade. We are seeing a host of efforts at deregulation of government rules for some, but not for all. There are, as Will points out, no uniform standards for waivers or relief from regulation. The standard is arbitrary and frequently depends on who you know and who from the industry effected is now a federal employee making the decision.

On the state level, the problem is even more pervasive. In days gone by if a company wanted to expand, the business called the bank. Now, particularly if you have made large contributions to the party in power, you call the state’s economic development office.

Adam Smith’s “invisible hand of the market place” is not a living entity. What is present in a functioning free enterprise economy is the energy and creativity that is generated by competition between relatively equal businesses, each seeking to enhance its share of the market. Governments that intervene in this competition on one side destroy the need to improve products and services and instead simply reward businesses with the best lobbying skills.

There were many reasons for the demise of the Soviet Union, but the most basic was a center-controlled economy led to massive inefficiencies that could not sustain the overreach of the Kremlin.

Will writes that “Protectionism — government coercion supplanting the voluntary transactions of market in allocation of wealth and opportunity — is socialism.”

I would say it another way, hopefully with the same meaning. Has anyone other than George Will and I noticed that in the swamp, the water seems to be getting higher?

Dave Nagle is a Waterloo attorney and former U.S. congressman.

I know you support Donald Trump’s re-election and plan to vote for him Nov. 3. To me you’re good citizens, well aware of values for which we a…

COLUMN: No love for Biden

Since Obama, Democrats have advanced presidential candidates that few really want. Instead, they encourage their faithful to vote against someone.

As a former state legislator my top priority was and still is education. Perhaps one of the most memorable and heartfelt moments occurred when…

Just when you think 2020 can’t possibly get any crazier, autumn arrives with a carload of crazy in tow.

When lobsters are placed into boiling water, due to their brain structure they cannot feel pain. However, the same cannot be said when America…

COLUMN: Scrapping the Electoral College is a bad idea

Let’s squarely face an ugly possibility: President Trump could get elected a second time without winning the popular vote. Indeed, according t… 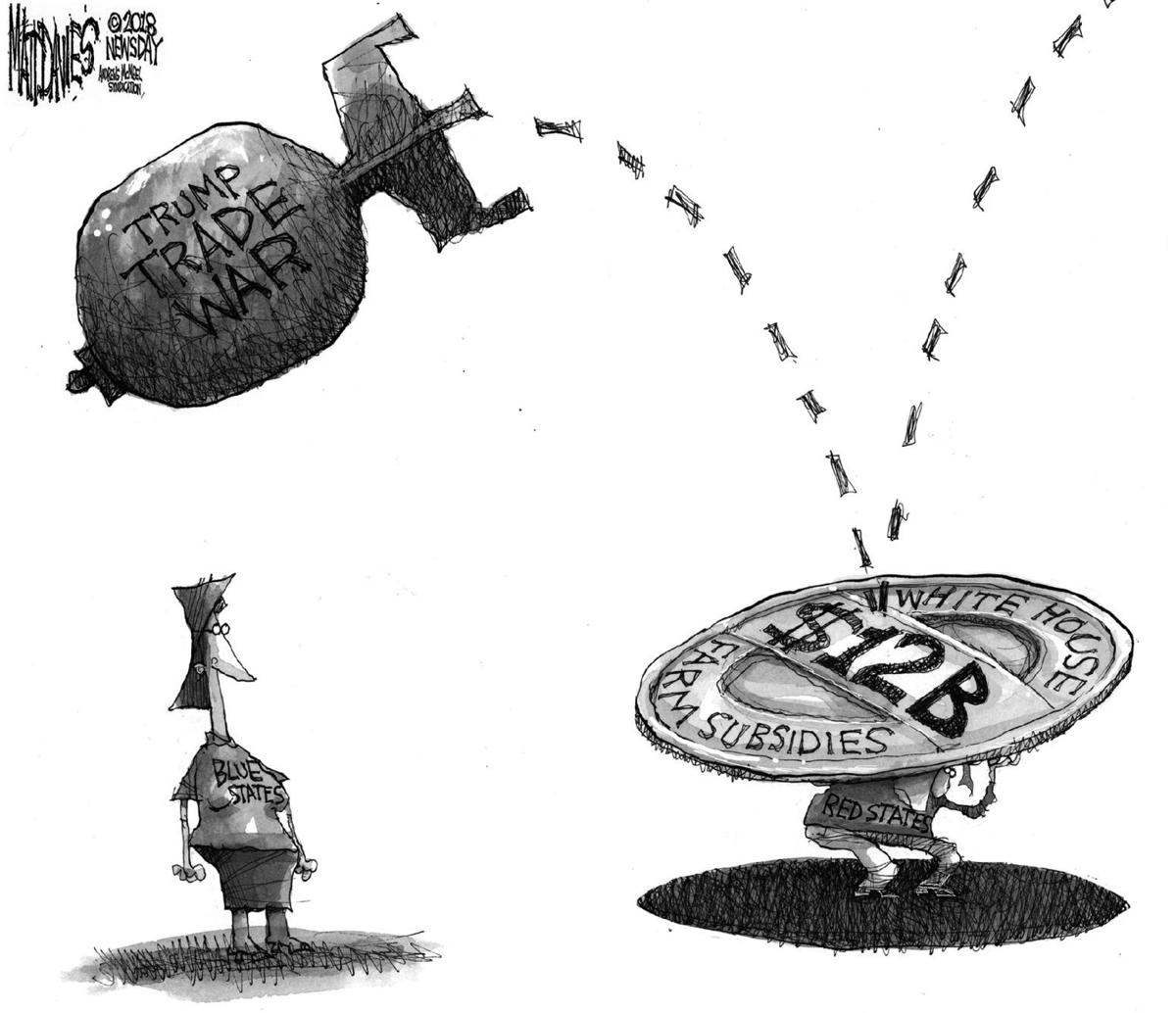