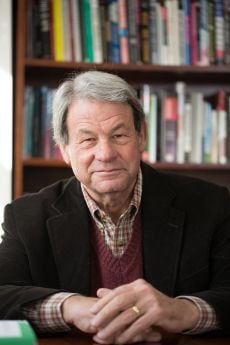 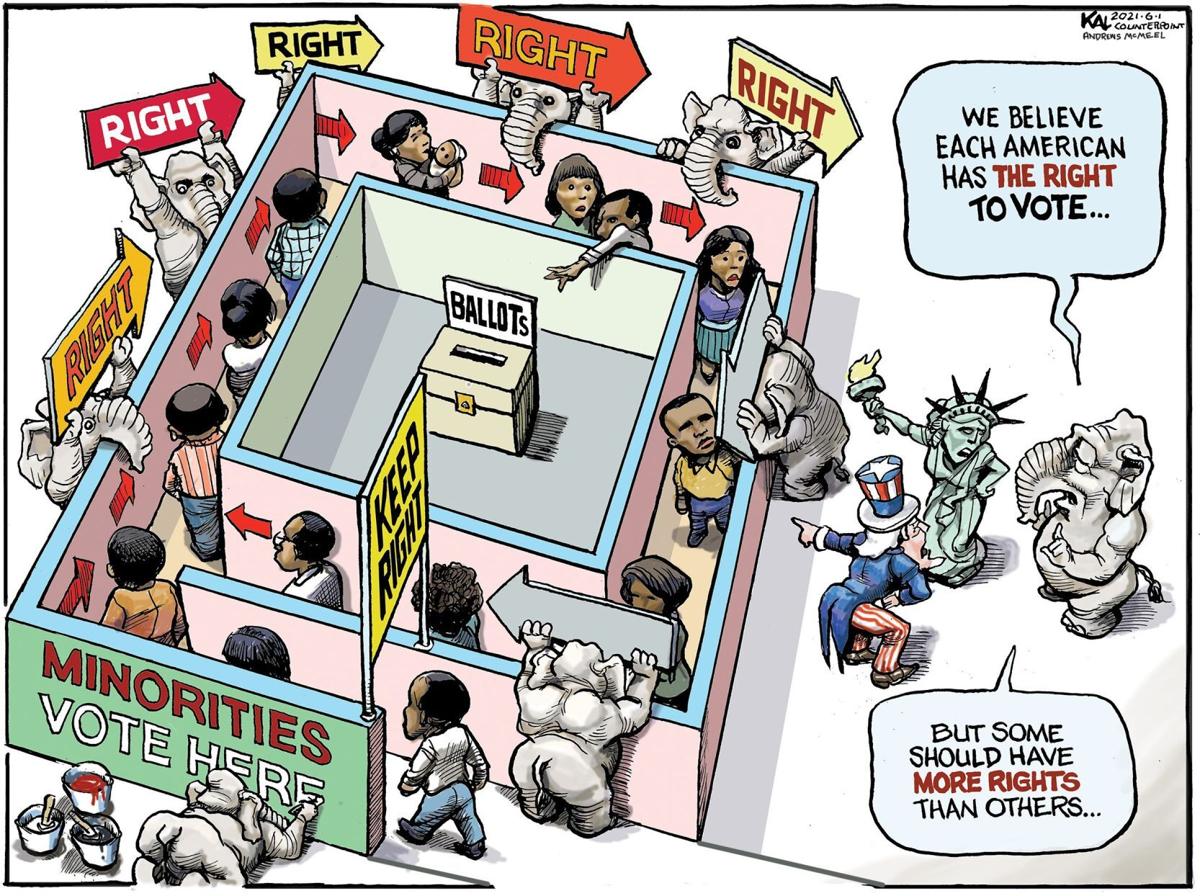 As Texas Republicans tried to ram a bill through the state legislature that would severely restrict the rights of nonwhite voters, Democratic lawmakers came up with a creative and courageous plan. They simply walked out, denying the Republicans a quorum and preventing them from passing their reprehensible measure before the legislative session ended.

Their victory might be temporary, since the Republican governor, Greg Abbott, vows to renew the fight later this summer. But Texas marks a major moment in the Democrats’ counterattack against the Republican campaign in legislatures across the country to throttle the power of minorities — who backed Joe Biden by a margin of 71 to 26 over Donald Trump last November.

As Rep. Trey Martinez Fischer declared after the legislators decamped, “We knew today, with the eyes of the nation watching action in Austin, that we needed to send a message. And that message is very, very clear: Mr. President, we need a national response to federal voting rights.”

That message might be clear, but the strategy for implementing it is not. As The New York Times reports, Democrats on Capitol Hill are “faltering” in their efforts to pass legislation that would set federal election standards and block the sort of nefarious proposals advanced in Texas and many other states.

So how can the Democrats deliver what Martinez Fischer is pleading for? The odds are stacked against them, but one precarious path seems possible. It would involve party leaders standing up to their left-wing purists, accepting a compromise and staying focused on what should be their top priority: thwarting the Republican assault on democracy.

If they fail, Democrats will pay a huge price — probably losing the House and the Senate next year, and creating the conditions for a constitutional crisis in 2024 if the presidential election is at all close, especially if Trump is the GOP nominee.

The For the People Act, which has passed the House and awaits Senate action, would effectively block the worst restrictions adopted by Republican legislatures. Since it will certainly be filibustered, however, the only way it can pass is if Democrats amend or eliminate the filibuster rule. But Sen. Joe Manchin of West Virginia, the most conservative Democrat in the Senate, has repeatedly rejected changes to the filibuster, and without his vote, nothing will happen.

So the critical question becomes: Are there any circumstances under which Manchin can be induced to alter his view?

Democrats need to take two steps. The first is to cut back the For the People Act, which weighs in at 800 pages and contains a long liberal wish list, from financing campaigns with public money to curbing the gerrymandering of congressional districts. They’re good ideas, but not essential this year, and Manchin is far more likely to support a bill squarely centered on voting rights.

The liberals would scream “sellout,” but the perfect should not be the enemy of the good. That adage also applies to the second step: changing the filibuster rule. But how, exactly? Liberals, again, want the whole loaf: to kill the procedure entirely. But since Manchin is never going to accept a complete elimination of the filibuster, the only realistic option is a carve-out — an exception for legislation that preserves and protects voting rights.

Rep. Terri Sewell of Alabama put it well: “If the vote and protecting the rights of all Americans to exercise that most precious right isn’t worth overcoming a procedural filibuster, then what is?”

There’s a third variable in this complex equation: the ongoing negotiations over an infrastructure bill. The Republicans have offered about $1 trillion, and Biden has come down from about $2.2 trillion to $1.7 trillion. And while the liberals are again denouncing the president’s impulse to find a compromise, many smart Democrats think Biden should take the Republican offer, tout his success as a negotiator, and use the deal to woo Manchin on voting rights.

As David Axelrod, Barack Obama’s chief political adviser, told Ron Brownstein of CNN: “That would be important for Manchin, because then he can point to it and say, ‘We did find common ground.’ ... If you get this infrastructure deal, you may then be able to get Manchin to vote for a carve-out on issues that relate to issues on voting and elections.”

That should be the Democrats’ overriding goal: to enact a national response to the Republican assault on voting rights. Almost any compromise that makes that possible is worth it — no matter how loudly the liberals complain.

Steven Roberts teaches politics and journalism at George Washington University. He can be contacted by email at stevecokie@gmail.com.

ERIN MURPHY: A time to campaign, a time to govern

Dave Muhlbauer, a farmer and former county supervisor from Manning, has announced his campaign for the U.S. Senate.

If you like to strap on your AK-47 semi-automatic and head into your local grocery store, Iowa’s legislative Republicans have your back. They …

New presidents have only so long to get big legislative initiatives done. It’s already June, and the clock is ticking for President Joe Biden.…

Why is Ancestry.com protecting serial killers?

Last week, The New York Times reported on new laws in Maryland and Montana that restrict law enforcement’s use of genealogy databases to catch…

The number of refugees should be greatly expanded. And the number of Supreme Court justices should be kept the same. Will he have the courage to stick with both positions?

The Republican Party is making the state less welcoming to potential young residents.

George Will, the award-winning Washington Post columnist, recently wrote as he approached his 80th birthday that events now “seem not to occur…

Commentary: The world's food supply has never been more vulnerable

After a cyberattack crippled the world’s largest meat producer last week, JBS SA meat plants have reopened across the globe. But the meat indu…