Thirty-six years ago this month, he gave me a less-than-passing grade on my handwriting.

Though it didn’t feel like it at the time, it was the beginning of a long, productive working relationship with one of the most colorful local officials I’ve ever known.

I had just started full-time at The Courier. I was covering a City Council committee meeting. We were gathered around a street map spread out on a conference room table. Stan was standing over me. He glanced down at my notepad.

“God, you write bad!” he said. It may have been the first words he ever said to me.

I said the first thing that came to mind.

There was dead silence. Then the room erupted in laughter. Even Stan had to smile.

It was my first taste of Smith’s cantankerous style that alternately endeared and incensed many over his five decades of public service.

When Cedar Falls was building Greenhill Road — a controversial project that displaced some homeowners, mostly in Waterloo — Stan showed up at a planning commission meeting and said, “This project has all the makings of another Ansborough Avenue.”

He was referring to an equally controversial project in Waterloo to widen that street to four lanes, taking a big chunk of front yards from homes across from the Byrnes Park golf course.

I reported Stan’s comments. People called him, wanting him to move to Waterloo and run for City Council there.

Stan didn’t mind being a contrarian. In fact, I think he rather relished it.

When the local TV stations showed up at a council meeting for a controversial issue, Stan would wear his big Sam Giancana-style sunglasses because, he said, he hated the glare of the TV lights.

The heck he did.

He blew smoke rings at authority — sometimes literally. We both showed up early for a meeting right after municipal court had concluded in the council chambers. Despite the “no smoking” sign present for court proceedings, Stan kicked back in his chair and lit up a big cigar.

Stan got up and turned the sign around. On the other side it said, “Smoking Permitted.”

Stan knew when to throw in his cards on an issue, but there was always a method to his madness.

In the 1970s he was against the proposed “Freeway 518” project — before he was for it. He explained his apparent flip-flop to me years later.

“I said, if we’re gonna have one, let’s have the biggest and best one we can,” he told me, adding, “I wanted to make that S.O.B. so expensive they’d never build it.”

He didn’t use the acronym S.O.B. either.

Stan was not beyond utilizing colorful invective. About five years ago he called a city project B.S. — only he didn’t say B.S., and was quoted as such.

The next time it came up, he called the proposal, “male bovine excrement.”

He got his comeuppance one night from council member Elaine Pfalzgraf when he questioned a proposed city leash law.

“What do I do if my cat runs out my front door between my legs?” he asked.

Every public body needs a Stan Smith. Stan had a lot of institutional memory and gave city actions greater context. He served as a sounding board and a conscience for the city. He made officials more prudent simply by asking the right questions.

When he left office, Stan took his responsibilities as a citizen seriously. He frequently attended council meetings and wrote letters and guest opinion pieces in The Courier.

And he could have fun.

A few years ago before the holidays, he popped into City Hall when I was meeting with Community Development Director Stephanie Houk Sheetz and dropped a foil-covered, softball-sized ball on her desk. It was a a bunch of chocolate-covered orange candy slices for City Hall staff.

While few thought of Stan as a jolly old elf, it was a nice gesture. The old boy was known to crack a smile every once in a while.

My handwriting never improved, but Stan made me a better reporter. And he made Cedar Falls a better community.

Pat Kinney is a former longtime Courier reporter and editor.

‘Our Liberties We Prize and Our Rights We Will Maintain.” I saw these words, emblazoned on the Iowa state flag almost every day growing up. Bu…

No matter your political leanings in this highly-divided world, there is one thing all Iowans should agree on: We don’t need politics in our c…

GUEST COLUMN: Falling enrollment a challenge, and not just for UNI

Andrew Wind’s Sept. 4 article in The Courier details an enrollment drop at the University of Northern Iowa amid COVID-19 concerns, pointing to…

GUEST COLUMN: Falling enrollment a challenge, and not just for UNI

Andrew Wind’s Sept. 4 article in The Courier details an enrollment drop at the University of Northern Iowa amid COVID-19 concerns, pointing to…

GUEST COLUMN: Column should give Trump credit where it's due

In Sunday’s Courier (Oct. 11) Gary Kroeger’s editorial “Populism gets a lot incorrect” should have been headlined “Liberals tell half-truths.”

The press has called it “quietly transformational’ and a “New Deal for America’s Helpers.” It embodies American values of compassion and hard …

GUEST COLUMN: Love of country and self requires the love of truth 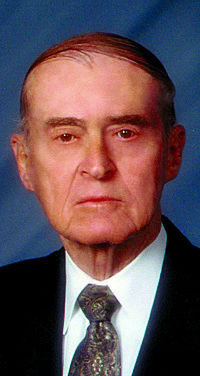 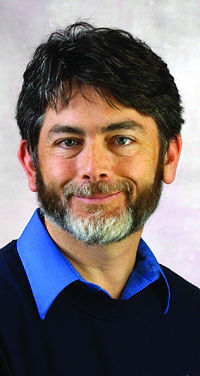