Trump administration officials acknowledge our 45th president thinks re-opening America is the only way he’ll be re-elected. On May 7, Trump refused to release a 17-page scientific-based document created by the Centers for Disease Control detailing what Americans should do to safely reopen houses of worship, schools, child-care programs and businesses. Politics before people; how perverse.

Trump’s explicit manner of purposely hiding scientific recommendations from Americans as they cope with COVID-19 displays his vileness, baseness and depravity. His callous behavior clearly violates the standard we’ve experienced from presidents since 1789.

Gov. Kim Reynolds’ approach to handling COVID-19 is analogous to her White House mentor. On May 7, Reynolds stated Iowa is leading by example and “we’re looking at a variety of things.” She could not explain what she meant by “things,” which is consistent with refusing to tell Iowans the specifics of her COVID-19 canary-in-the-coal-mine metric. Iowa is experiencing the nation’s sixth-fastest increase in COVID-19 cases.

Why do some people reject basic scientific findings, whether the topic relates to vaccine safety, climate change or COVID-19? Research has proven people purposely ignore facts to protect all kinds of personal, religious and political beliefs. It’s known as confirmation bias.

The COVID-19 pandemic has placed life and death matters at everyone’s doorstep. Trump’s refusal to work hand-in-glove with CDC officials is a first since its founding in 1946. The stakes are too high to continue with confirmation bias and ignore CDC recommendations. Embracing science is what saved Americans from prior health scares.

For those who believe with COVID-19 the economy supersedes health care, Paul Romer, a Nobel Prize-winning economist who served as World Bank’s chief economist, offers sound advice: “The key to solving the economic crisis is to reduce the fear that someone will get sick if they go to work or go shop. It’s really about building confidence” (The New Yorker, May 6). What are citizens’ confidence levels with Reynolds and Trump? According to Morning Consult, a nonpartisan data intelligence company that interviews 6,000 Americans daily, from New Year’s Day to May 1, Iowans’ consumer confidence dropped 25.6 percent, the 15th worst state. Reynolds’ metric and policies are not consoling. Likewise, only 24 percent of Americans are “very confident” with Trump’s approach to COVID-19 (Pew Research Center).

Furthermore, nearly two out of three Americans say CDC officials should take an active role in public policy with scientific issues like COVID-19. Why are Trump and Reynolds ignoring CDC recommendations? The nonpartisan Pew Research Center reveals 66 percent of Republicans downplay scientific findings while Democrats are just the opposite. Ignorant decision making from the White House and Iowa’s Capitol is void of scientific facts, and the result is inhumane.

If Trump and Reynolds had only embraced science, put health care as a priority to build citizen confidence and started a coordinated 50-state approach when Trump first learned about COVID-19 (Jan. 3), we’d have results similar to Hong Kong (four deaths out of 7.4 million population) or Taiwan (six deaths/23.8 million population). Dr. Anthony Fauci, director of the National Institute of Allergy and Infectious Disease for six presidents, and epidemiologists fear returning to work now will extend our pandemic for another 18 to 24 months.

Anyone who believes this virus is contained and reopening America now is proper while ignoring 26,000 new COVID-19 cases occurring daily is engaged in confirmation bias. By reopening America, Trump and Reynolds are rolling the dice on tens of thousands of lives.

May the scientific method — sooner than later — land on America and Iowa’s policymakers’ minds and subsequent CDC-based decision making process permit us to regain confidence and return to a safe work, school and social environment. We’ll deal with Trump’s re-election obsession on Nov. 3.

Medical research is replete that strict shelter-at-home and aggressive testing like was conducted in South Korea and Hong Kong worked.

At a time when COVID-19, a deadly virus just like the swine flu, is spreading coast to coast and border to border, Americans should be able to…

Cedar Falls City Hall will reopen Monday with precautions in place to prevent the spread of COVID-19. 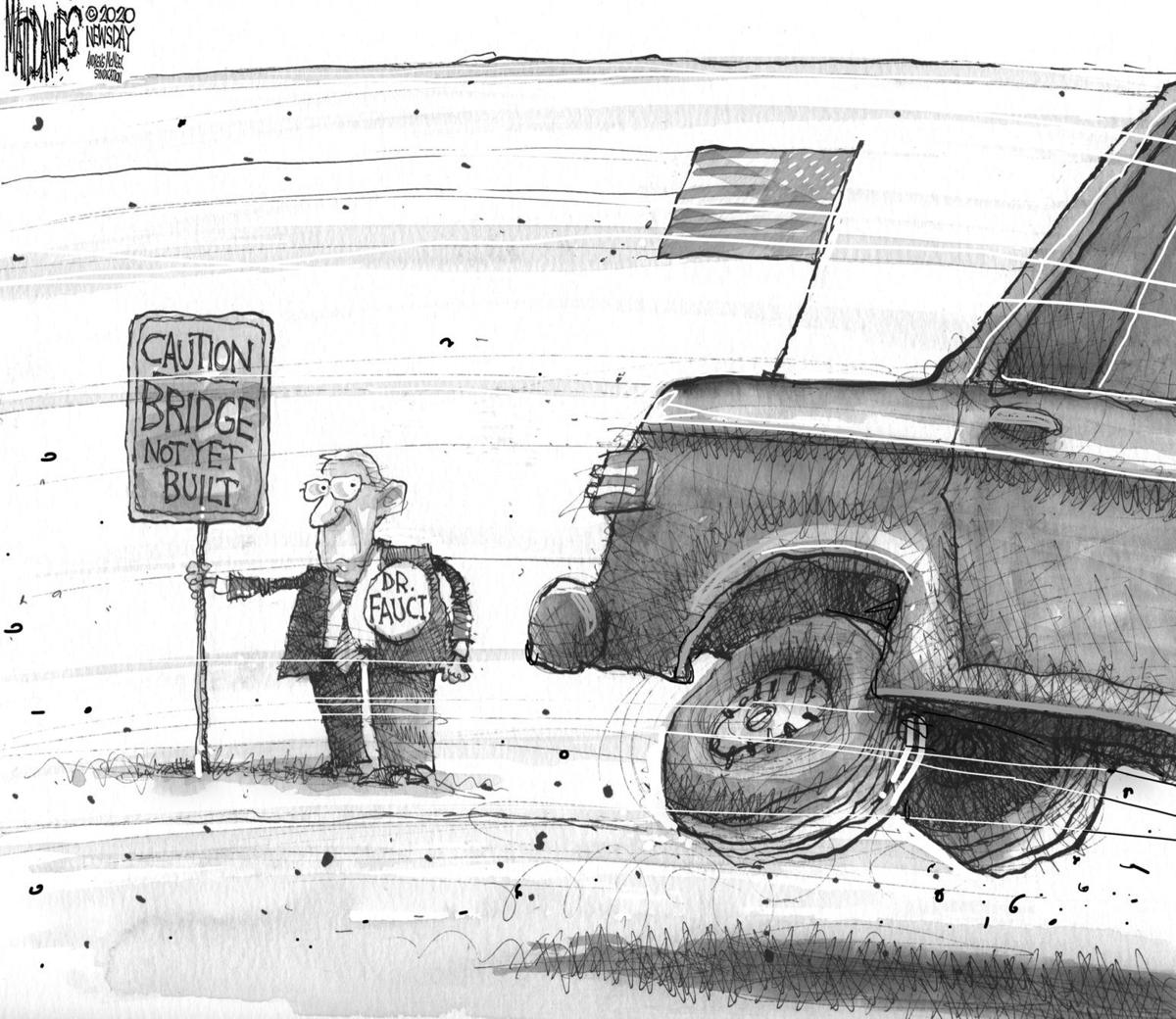