President Trump’s tariff trade deployment with China started Jan. 22, 2018, and a phase one trade agreement was reached on Dec. 13, 2019. Was this 23-month isolationist trade war experiment successful or not?

Since we live in an agriculture-laden state, let’s start with documentation for this entity. Despite the recent signing of the U.S.-China trade agreement, Morning Consult, which surveys 5,000 people on a daily basis, says confidence within the agriculture sector has fallen. Why would this occur when China agreed to purchase $32 billion of U.S. agriculture products and farmers received $28 billion in the form of a socialist-like bailout?

First, confidence in Trump was lost when he favored oil companies over the biofuel industry. They know his trade war was the contributor to a 24% surge in farm bankruptcies in 2019 and have observed commodity prices not fluctuating one iota since the trade agreement.

Finally, they are knowledgeable of Trump’s truth-telling persona.

Iowans recall Trump’s campaign promise that he — and he alone — would increase America’s Gross Domestic Product to 4%. With Trump’s trade war, U.S. GDP has dropped to 2%, whereas China’s economic growth stands at 6%.

If these rates continue, China’s economy will overtake the U.S. in 2030 and become the world’s No. 1 economic power.

In down-to-earth terms, Trump’s trade war has caused each American family to pay $1,000 more during each of the past two years for the imported goods they purchased. Trump’s claim China would pay the tariffs is false — U.S. companies pay the tariff and the tariff is passed onto consumers.

The biggest failure of Trump’s recent deal with China is that it leaves tariffs in place on $370 billion or about 75% of Chinese imports to America. So, yes, you’ll continue to pay more for products thanks to Trump’s “America First” policy.

It gets worse. The U.S.-China agreement does not address China’s cybertheft behavior or China subsidizing its industrial sector.

International trade experts agree China’s promise to buy $200 billion in additional U.S. exports (e.g., grain, pork, industrial goods, etc.) during the next two years looks improbable. John Frisbie, a China trade expert at Hills and Co., said: “Overall uncertainty is not reduced much because there is no removal of existing tariffs.”

Administration officials within the White House also doubt if “Phase Two” will ever get done. China is showing no signs of dropping its retaliatory tariffs, the trade war has prompted China to redouble efforts to produce its own advanced technology and China’s “private and manufacturing sectors are in their best shape since mid-2018” (Wall Street Journal, Jan. 21).

Despite Trump’s promise tariffs would attract more foreign investments in America, according to the administration’s own data, foreign direct investment into the U.S. dropped by a record-breaking 45%. America’s share of global FDI declined for the first time in a decade and an unprecedented loss for the U.S. economy.

In a Jan. 10-12 Morning Consult/Politico poll, Trump’s three-year report card by voters gave him an overall grade of C- on international trade and a C-/D+ grade on foreign relations. Clearly, knowledgeable Americans know Trump’s claim to be the greatest deal maker ever is blatantly false and hyperbolic.

Democratic presidential candidates are meeting with Iowans in front of the Feb. 3 Iowa caucuses. 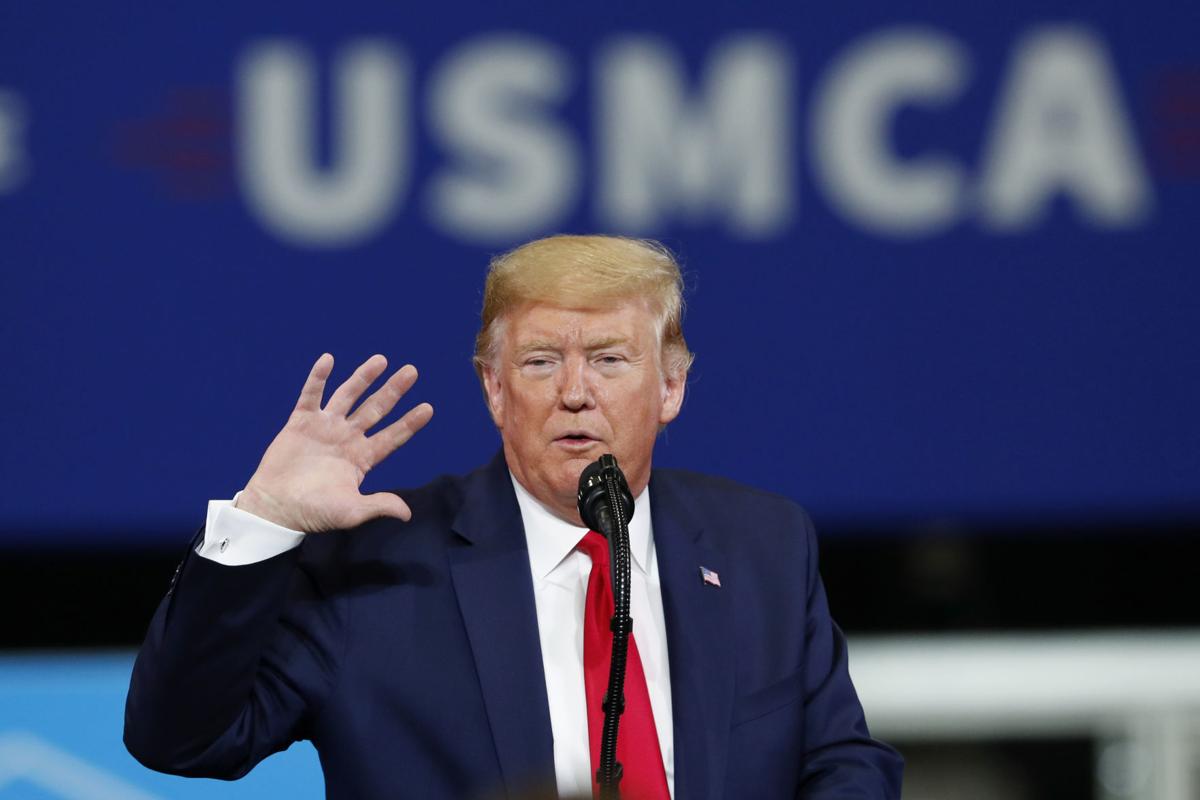