It is difficult when one is in the middle of a conflict to step back and seek some perspective and an overview of where the combatants are, how they got to their position of perplexity and which is the best way forward. Yet, as a nation this is what we are required to do during this coming week, the week of the presidential inauguration.

The country faces a raging pandemic, an economy on the brink of a recession and a mind-jarring confrontation in the very halls of Congress, which in prior theory was the location where all this was to be sorted out and resolved by reason, not violence.

It would seem to me to be important that we first recognize the position the country has found itself. We are at the start of a journey. The very definition of inauguration is the commence of something new and fresh, a possible change in the direction the road the nation has followed for four years. Even when an incumbent president is taking the second oath of office, there is a breathing space to recharge and refocus. So, while the walls that guard our democracy have been shaken by events of this past week, the walls still stand and the tradition of the commencement of a new administration is before us.

I was struck in part by this thought when I reviewed a well-written article by Matthew Rozsa in Salon. He compared our present time with the exit from the oval office by James Buchanan and the relationship between him and the incoming president, Abraham Lincoln. There wasn’t one. Except that Buchanan, in the last days of his tenure, did everything opposite of what the new president proposed to do. Curious, I turned to Doris Kearns Goodwin’s work “Team of Rivals,” a history of Lincoln’s presidency. She gave the whole relationship between the two short shrift, not placing particular importance on it as a historical incident, except to hasten the commencement of the Civil War.

Rozsa and Kearns Goodwin’s observations are valid, both to understand the nation has experienced this before and not to overdramatize it. What really struck me, except for holding the 45th president responsible for his role in the insurrection, once Joe Biden sets down the Bible and shakes the hand of the chief justice of the Supreme Court, Donald J. Trump is history. Gone. His chapter has been written, his legacy to be determined by historians. When our new president takes office the resources to distribute a vaccination and eradicate COVID-19 are available, the tools of the federal government and the Federal Reserve still function to generate a meaningful stimulus package, and the halls and walls of the American judicial system will resolve the conduct of those who took part in Trump’s insurrection. It will be a time of both accountability and reconciliation.

But I also think that while we can and should feel the whiff of spring that accompanies a new president, we need to be realistic. The part of “Team of Rivals” that I enjoyed the most was the heated debates within new President Lincoln’s cabinet about his repeated drafts of his Inaugural Address. Each cabinet holder had his own thoughts, often well-reasoned, of what it should say. Some wanted him to soften his approach to the coming conflict to keep Virginia in the Union, while others were more belligerent. We need to remember, whether within the Democratic administration or across the aisle on the Republican side, disagreements will present themselves. But the function of a democratic society is to see that they are resolved and the work of the Congress continue, without entrenchment of political ideology.

There is also one other benefit of the new beginning that the pomp, ceremony, and new perspectives that an inauguration presents, and it is not just to the incoming administration and that person’s political party. It also affords the loyal party of opposition, in this case the GOP, to review their past relationship with both this immediately past president and that of his predecessor.

After all, President James Buchanan was regarded as the worst or one of the worst presidents we have ever had. He was followed by one the best, if not the best, ever to reside in the White House who was enabled by a responsible and supportive Congress.

Dave Nagle is a Waterloo attorney and former U.S. congressman.

COLUMN: Can math be racist?

For decades, many educational professionals have been more interested in social movements than in education. This may explain a report out of …

The U.S. Census and Sen. Chuck Grassley may do something a controversial elections bill at the Statehouse was supposed to achieve but almost c…

I was late, but fortunately my luncheon guest was also. I had planned to take him over to the U.S. Capitol and have lunch in the House Dining …

There had been some 200 protest-related arrests in Des Moines by July 2. By contrast, in Black Hawk County, there had been eight.

COLUMN: Democrats must seize the center

Much has been made of the vote by 43 Republican senators to acquit Donald Trump during his recent trial. To most reasonable citizens, both Rep…

COLUMN: What critics missed about Limbaugh

In the wake of the passing of Rush Limbaugh, and given the reaction from hostile and snarky individuals — even from a few self-styled conserva…

COLUMN: What to cut? Plenty

President Biden has challenged those who oppose the Democrats’ $1.9 trillion bill disingenuously dubbed “COVID relief,” or the more deceitful … 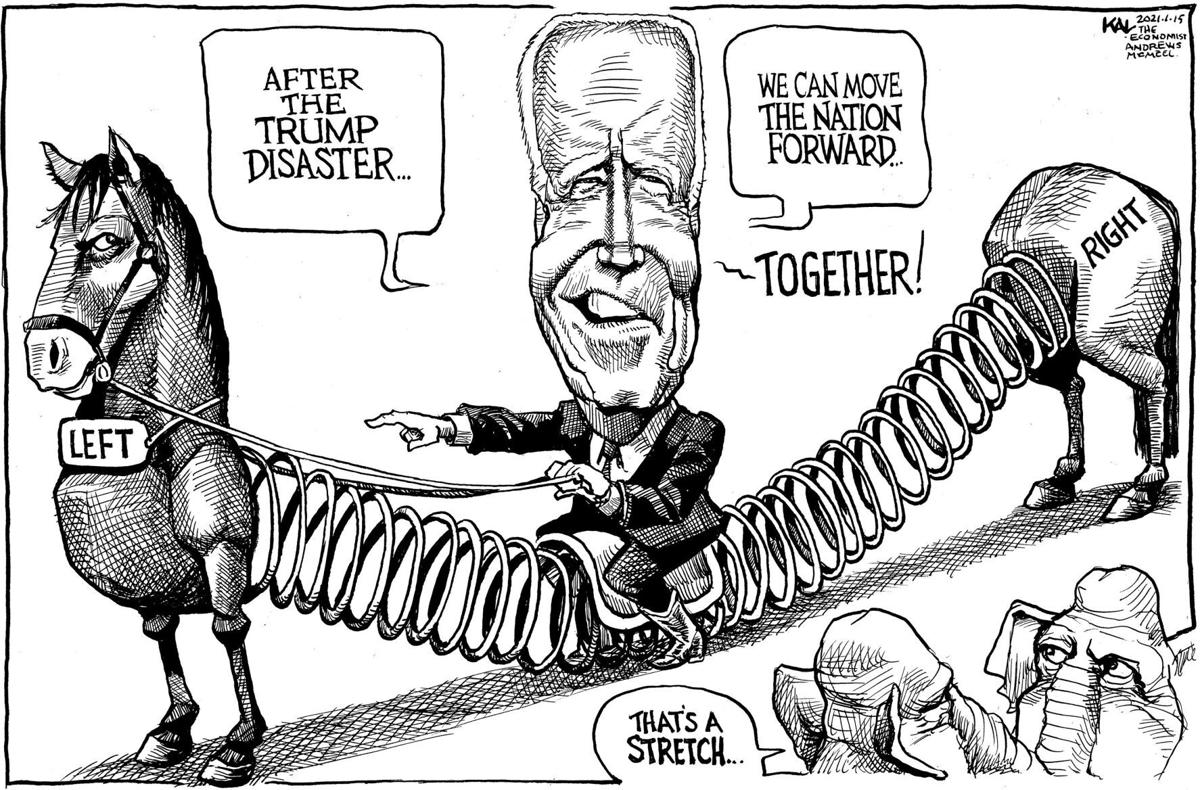