When Henry Ford introduced the Model T in 1908, he had a problem. There were almost no paved roads in America. To sell his product to the masses, he needed good roads.

No one would ever deny his place among titans of American capitalism, but Ford was not shy about urging the government to supply the infrastructure essential to his business. And it did.

The Federal Aid Road Act of 1916 spent $2.1 billion (in today’s dollars) to help states build modern roads. It survived a U.S. Supreme Court challenge claiming that the federal government should not pay for such things.

Besides, cars were a novelty at the time, and many asked, “Why even bother with them when horses can do the job on muddy paths?”

To which Ford is said to have quipped, “If I had asked people what they wanted, they would have said faster horses.”

Fast-forward to the unfounded criticism that no more than 7% of President Joe Biden’s $2.3 trillion infrastructure plan goes to real infrastructure, defined as roads, bridges and ports. It comes from Russell Vought, director of former President Donald Trump’s Office of Management and Budget.

Vought is, to put it politely, full of it. We’re all for replacing worn-out bridges, but expanding access to high-speed broadband and strengthening the electric grid are infrastructure projects in the year 2021. And so, we would be helping our carmakers and truck-makers transition to electric vehicles.

That’s where the world is going. Britain will ban the sale of new gasoline-powered cars and trucks in 2030, and California will in 2035. Norway, despite its huge oil and gas reserves, will do it in 2025. Strong domestic demand for this technology would grow the U.S. EV car industry, which has been falling behind the rest of the industrial world in sales.

If electric vehicles are the future, China has been grabbing it. China is the world’s largest market for EVs, accounting for 41% of global sales last year. Europe held 42% of world sales. And the United States? A paltry 2.4%.

A major theme of foreign policy prominent in the Biden infrastructure plan is helping America better compete with China in this area and elsewhere.

“We are one of the few major economies whose public investments in research and development have declined as a percent of GDP in the past 25 years,” the White House fact sheet complains. China, meanwhile, now ranks No. 2 in the world in R&D spending.

And so, what is Biden’s infrastructure plan doing about electric vehicles? Importantly, it addresses the big reason more Americans haven’t been buying EVs in huge numbers: their understandable concern that they won’t find places to charge their batteries. That’s why it calls for building 500,000 charging stations by 2030. (There are currently only 100,000.)

The plan also includes incentives for buying electric vehicles. China offers such subsidies to its people, as does Europe. Note that the Trump administration tried to get rid of them altogether.

It also fought to kill California’s more stringent fuel economy standards, which act to spur EV sales. When Ford joined four automakers in making a deal with California, Trump revenge-tweeted that “Henry Ford would be very disappointed if he saw his modern-day descendants,” because they refused to fight the state’s regulators. He also falsely claimed that EVs are less safe.

Electric vehicle charging stations are as essential to the prosperity of today’s U.S. automakers as paved roads were to Henry Ford in 1908. Can anyone doubt that if Ford were with us today, he’d be on the talk shows banging the drums for Biden’s plan to support his industry?

Follow Froma Harrop on Twitter@FromaHarrop. She can be reached at fharrop@gmail.com.

Rekha Basu: Are white people and men as fragile as a GOP bill assumes, or is it meant to whitewash history?

It is difficult to change a narrative once it has been established in the public’s mind.

Richard Kyte: Why gun owners need a change of heart

Opinion: Why can’t those who own guns and know the most about them take responsibility for ensuring they're used safely and without malicious intent?

The 2020 election results in Iowa’s 2nd Congressional District were officially settled last week when Democrat Rita Hart dropped her challenge of the results.

Cal Thomas: I'm a capitalist, Mr. President, but you're not

Back in the day when “Saturday Night Live” was funny, Chevy Chase would open the “Weekend Update” segment by saying, “I’m Chevy Chase ... and …

GUEST COLUMN: Self-Help expands to help others help themselves in Ghana and Nicaragua

Waverly’s Self-Help International began working in rural Ghana in 1989 and in Nicaragua in 1999 to alleviate hunger by helping people help themselves.

The Chinese, who do not have to pretend on issues of race and equality and no longer need to pretend to like us, have laid it on the line.

Commentary: Is our infrastructure ‘crumbling'? Not according to this data

Speaking about his ambitious infrastructure plans in a press conference, President Joe Biden recently stated, “One in five miles of our highwa… 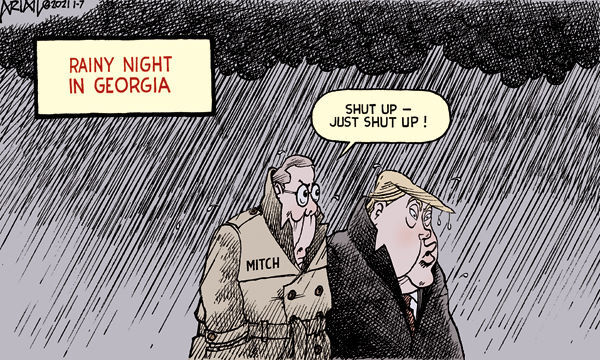 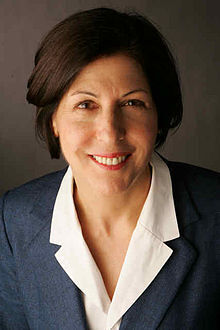