There was a time in America, unknown or not experienced by people under the age of 50, when politics was a contact sport played with mostly accepted rules and the equivalent of “sportsmanship.” Losers would graciously concede and wish the victor well, in most cases vowing to work with him or her for the good of the country. The public expected it.

Somewhere around the time of the Vietnam War and Watergate it started to become ugly and instead of sportsmanship the “players” began to engage in mutually assured destruction, to borrow a term used during the Cold War when the United States and Soviet Union had missiles aimed at each other’s countries. It was appropriately abbreviated MAD.

It isn’t that in earlier elections politicians would refrain from slurring and slandering each other. Many did. The 1800 contest between John Adams and Thomas Jefferson was cutthroat in the extreme.

As CNN.com recalls, Jefferson’s camp labeled President Adams “a fool, a hypocrite, a criminal, and a tyrant.”

“In return, Adams’ men branded Vice President Jefferson “a weakling, an atheist, a libertine, and a coward.”

That was nearly two centuries before the creation of modern-day media outlets, like CNN or Fox News, capable of exacerbating division and promoting slug fests as in boxing matches, or long-ago outlawed cock fights.

This year’s pre-election rioting, looting and shootings in many American cities is not only a consequence of the failure or refusal of politicians to fix problems; it is also a failure by too many citizens who look to government to find solutions for things it was never created to address.

It is not the fault of a train that it cannot fly. A car mechanic should not be blamed because he can’t perform open-heart surgery. Government has a purpose, but it is not to solve problems only an individual can address. People who are angry at government, instead of looking to Washington, should be looking in the mirror.

There have been injustices as long as humans have walked the Earth. The U.S. government has tried mightily and at great expense to fix them, but most are matters of the heart, not matters for politicians. If the latter, would not those injustices by now have been solved? While it is possible for government to impose or tolerate immorality, it is close to impossible to impose its opposite. This is the role of churches and of individuals making the right decisions for themselves and their families.

Is anyone ignorant of what creates “a more perfect union” that establishes justice and promotes the general welfare? The information is readily available. It is not classified.

The anger arises when people refuse to search, find and then live by well-established principles that have mostly worked for those who have embraced them throughout history. Anger solves nothing and only deepens divisions and multiplies the problems the angry claim they want to resolve.

In her book, “300 Questions to Ask Your Parents Before It’s Too Late,” Shannon L. Alder writes: “Anger, resentment and jealousy doesn’t change the heart of others — it only changes yours.”

If only the rioters devastating our cities would understand this and look to themselves and not the next election, or Washington, to redress real and perceived grievances.

COLUMN: Silence is not golden

A friend of mine recently told me he felt like he was part of the “silent majority.” I was surprised he said that.

GUEST COLUMN: Maintaining your well-being during a pandemic

We are all doing our best to navigate living in the midst of a pandemic. We are being pulled in many directions, not always knowing where we a… 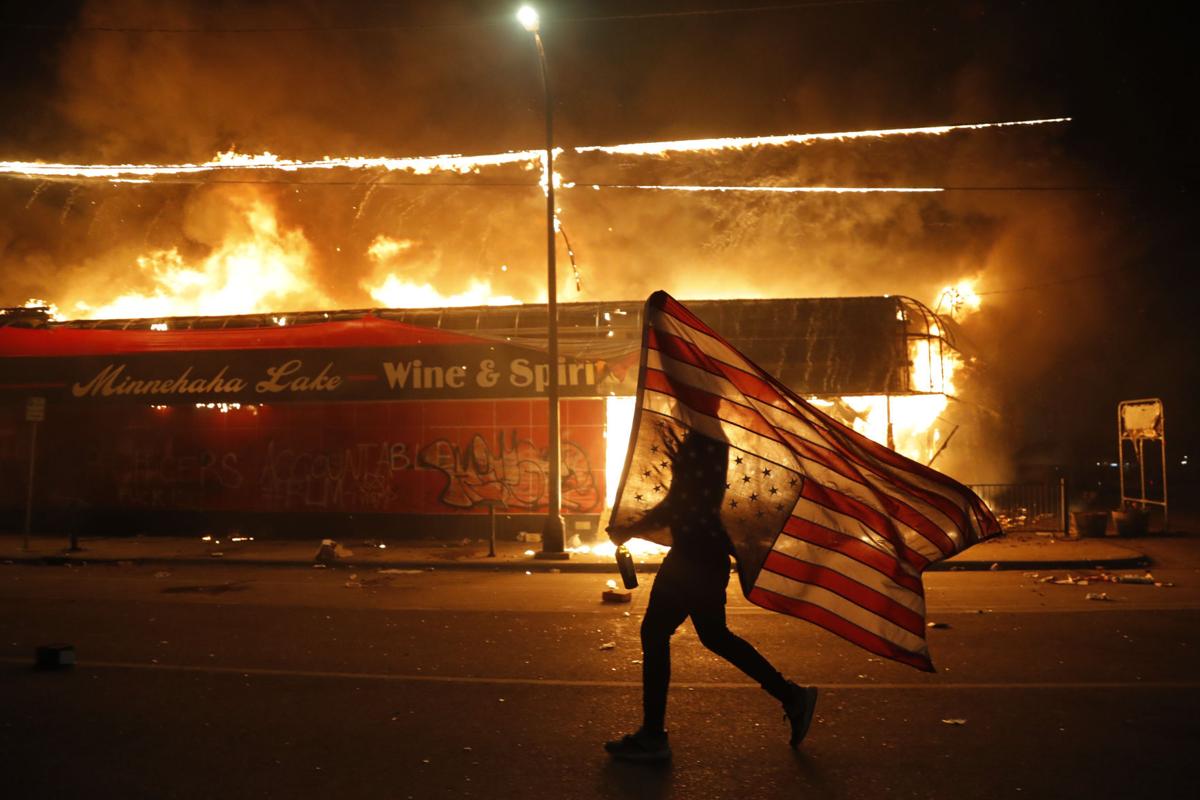 A protester carries a U.S. flag upside down, a sign of distress, next to a burning building May 28 in Minneapolis during protests over the death of George Floyd.