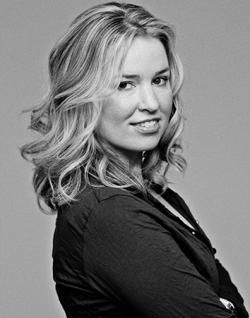 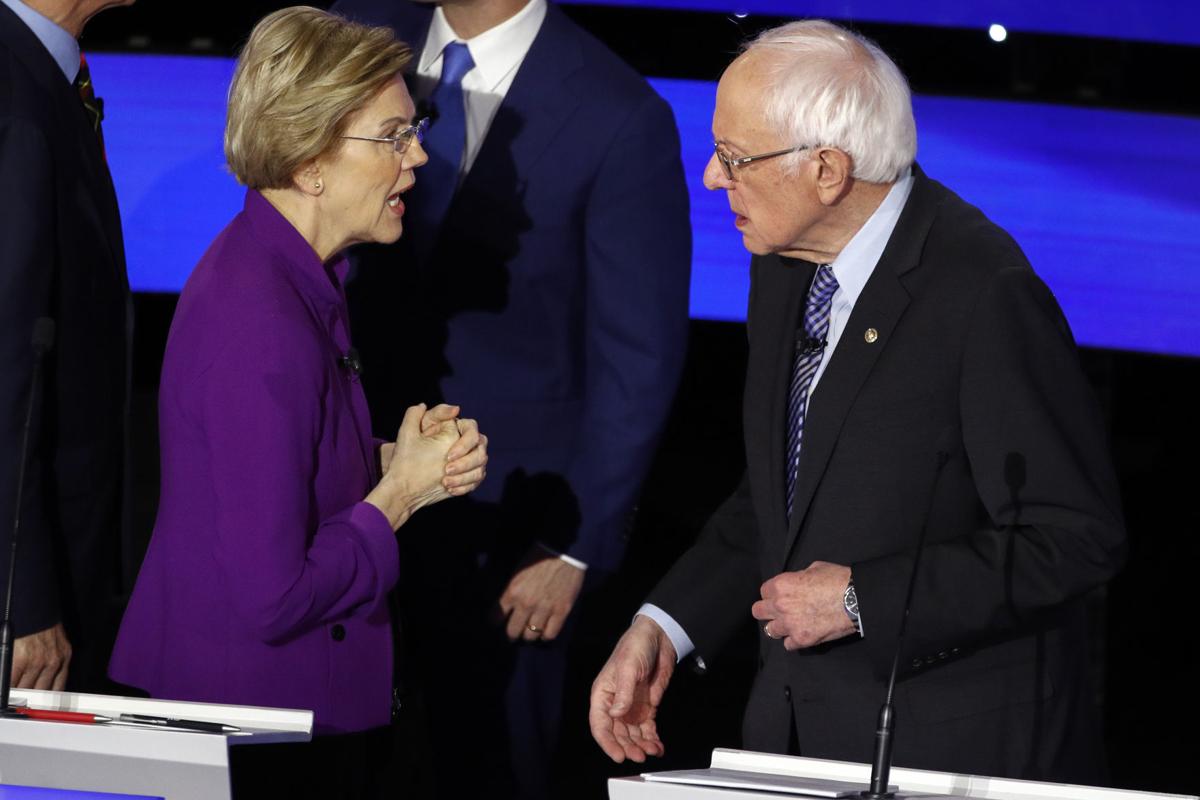 As the Democratic debate in Iowa wrapped Tuesday night, Sen. Elizabeth Warren confronted the extended hand of Sen. Bernie Sanders. He was plainly after one of those no hard feelings, good game handshakes. We’re cool, right?

Warren, D-Mass. wasn’t cool. It’s hard to have the presence of mind to refuse the near-mandatory displays of collegiality, but she did, folding her hands. Noli me tangere. Touch me not. CNN had cut the sound by this time, but in the pantomime she could seem to be speaking brusquely.

It’s a commonplace to say lefties shouldn’t squabble among themselves, even in a primary, when it’s obligatory. But Warren was right to confront Sanders on Tuesday, not least because it showed she’s in fighting shape for November — keen, even-tempered, quick on her feet. And she addressed sexism in the campaign with imagination and subtlety. Remember, Trump’s capacity for sexism was considered one of his strong suits as a candidate in 2016.

Watching the Tuesday night kabuki in slo-mo, you can see that Sanders, I-Vt., who’s notoriously irritable and suffers from cardiac issues, was riled by whatever Warren said, and by her refusal to be touched. He shook a finger at her. Then again. He seemed intent on freeing her right hand to grab it.

We all know this stock male move: Come on, baby, give me a hug; we’re still friends.

Sure, during the debate, Sanders had gaslighted Warren over whether he told her a female candidate couldn’t win the 2020 election. But now he wanted her to forgive and forget. If he could be seen shaking her hand, he might be off the hook. But … nope. Warren didn’t play along. Sanders huffed off.

No one, or at least no Democrat, can afford to get gender issues wrong these days. The remarkable radioactivity of gender issues may have been best illustrated in a 2018 “Saturday Night Live” sketch, in which a group at a dinner table discusses a date-rape charge. None of the friends can put a foot right, and each false move sets off a horror-movie montage. When one character says something dicey like, “While I applaud the #MeToo movement…” or “She should have just left,” terror reigns. Buffaloes charge, necromancy is in the air, and the pizza rat appears to forecast end times.

Sanders understandably wants to pre-empt one of those horror shows. Panic over being canceled is very real, especially for ruling-class men like Bernie, who despite his socialist tendencies is also a millionaire and U.S. senator. But Sanders in his fear couldn’t summon anything like the humor and irony of “SNL.” Or the self-awareness. Or the good-natured affection he wanted Warren to perform for him.

Sanders’ dispute with Warren had erupted the day before, with a news report of the 2018 meeting between them at which, according to CNN, Sanders told Warren a woman cannot win a presidential election. Warren confirmed the story. Sanders’ aides then called CNN’s (and Warren’s) account “a lie.”

A lie. Pretty strenuous protesting-too-much denial of something that could have been handily mitigated. If Sanders had more composure, he might have confirmed the report too — don’t we all think he said something close to what was reported? Then Sanders could have explained that he, like many feminists, fears America is too sexist to elect a Madame President. Done.

Instead his campaign distilled to a poisonous brew all the current male anxieties about gender with that one word: “Lie.” (On Twitter, pro-Sanders botnets drove the point home with a classy “Lying Liz” hashtag.) In Iowa, Sanders bloviated when the inevitable question about the report surfaced: “Anybody knows me knows that it’s incomprehensible that I would think that a woman cannot be president of the United States.” Inconceivable!

Sanders’ move to the general case did his alibi no favors — and the moderators from CNN, which co-hosted the Tuesday debate, clearly didn’t buy his rejection of the reporting.

At the same time, who cares what Sanders said in a casual meeting? If Warren had told Sanders a Jewish man pushing 80 can’t win because the country’s too anti-Semitic and ageist, she’d have had nothing to be ashamed of.

But for Sanders and many politicians like him, this is the gender issue in 2020. It’s not a celebration of the Equal Rights Amendment which, astonishingly and way past deadline, the Commonwealth of Virginia ratified Wednesday. Instead it’s pizza rats and terror.

When the Sanders campaign said Warren lied, and Sanders himself insisted outrageously on his feminist bona fides (in a million years), and then tried to buttonhole Warren into a handshake only to storm off when he couldn’t seal the deal — all that only enacted the sexism he was at pains to deny.

Warren’s performance told a different story. Her point was less about sexism than about winning. She coolly reviewed the records of people on stage. Sanders said a woman couldn’t win? Well, isn’t that special, because the two women on the debate stage — Warren and Sen. Amy Klobuchar, D-Minn., — had won every single election they’d been in.

Warren went on: The men on stage had collectively lost 10 elections. (Sanders alone lost seven.) Oh, and she also pointed out she was the only person on stage to have beaten a Republican incumbent — someone in Trump’s position — in the last 30 years.

Not so! Sanders cried. He had beaten a Republican incumbent in 1990. Right, Warren replied. Thirty years ago. 2020 minus 1990. Sanders was wrong in thinking Warren hadn’t clocked his George H.W. Bush-era win. But the arithmetic is beside the point. Sanders just wanted to double-down on #LyingLiz.

“What I saw on Elizabeth Warren’s face,” said the political scientist Jason Johnson later, “is the face of … every single person who has heard someone say something racist, offensive or sexist — you know you heard it and then you see them deny it in public.”

Warren won. She also proved she’s a master strategist. She didn’t let Sanders get away with denying he’s sexist Tuesday night. Instead, she checkmated him into proving it.

Presidential candidates campaigning in the area

Virginia Heffernan is a regular contributor to the Los Angeles Times’ Opinion section.

When Elizabeth Warren addressed some 20,000 whooping fans in Manhattan on Monday night, she united two categories of voters that have unaccountably been pitted against each other: women and workers.

If this country is ever going to disentangle from the Trumpism that’s choking the life out of it, we’re going to need escape routes.

Along with the far left and far right in the U.S., Russian President Vladimir Putin holds the pieties of liberal democracy in contempt. His na…