COLUMN: Rioters are seditionists, not protesters
0 comments
Share this
Return to homepage ×

The violence perpetrated in the streets of cities across America continues because state and local elected officials (all Democrats) refuse to do what is necessary to stop it. These acts no longer fit the definition of protest. Rather, sedition defines them: “incitement of discontent or rebellion against a government.”

President Trump has ordered agents from the Department of Homeland Security to quell the disturbances in Portland, Oregon, and Chicago, which appear to be coordinated, and stop them from spreading to other cities. On Wednesday, the White House announced the deployment of what it terms “federal assets,” which William Barr defined as “street agents and investigators,” to targeted cities experiencing the most violence.

Some contend the president is exceeding his constitutional authority and what’s known as the Posse Comitatus Act of 1878, which “prohibits the use of U.S. military forces to perform the tasks of civilian law enforcement such as arrest, apprehension, interrogation, and detention unless explicitly authorized by Congress.”

It may be splitting hairs to say DHS forces are not the military, but the larger question is this: Should the president allow federal property to be destroyed and people shot, given the refusal of some mayors and governors to intervene? Or, for the sake of preserving “domestic tranquility,” saving human life and protecting public and private property take the action he has taken?

Perhaps the media should ask people whose jobs have been disrupted, their businesses destroyed, their work suspended — or ended — if they are OK with allowing the rioting to continue. Pundits and activists can pontificate all they want from the safety of their basements and the security of uninterrupted paychecks, but what about the victims? Have they no right to be safe and secure?

A federal law known as 18 U.S. Code 2385 and titled “Advocating overthrow of Government” says this: “Whoever knowingly or willingly advocates, abets, advises, or teaches the duty, necessity, desirability, or propriety of overthrowing or destroying the government of the United States or the government of any state, Territory, District or Possession thereof, or the government of any political subdivision therein ... and if two or more persons conspire to commit any offense named in this section, each shall be fined under this title or imprisoned not more than twenty years, or both, and shall be ineligible for employment by the United States or any department or agency thereof, for the five years next following his conviction.”

That sounds clear to me, and it should be clear to everyone else, that there are forces that wish to destroy not only the presidency of Donald Trump and prevent his re-election, but who hate the country. These protesters, who appear to be mostly spoiled, mostly white, and mostly young, have likely been radicalized in their universities and on social media. They are destroyers, not builders. Elected leaders who refuse to stop them are as guilty of abetting a crime as the driver of the getaway car after a bank robbery.

The president is right to put a stop to this just as he would be right to order the military to oppose an outside enemy seeking to destroy the nation. If these anarchists are allowed to get away with their crimes, there will be more anarchy. Peace through strength is not just a slogan to be invoked when fighting foreign enemies and terrorists. It is also a policy that will deter this spoiled mob that has no gratitude for a nation that has given them everything and to which they have returned little.

They should be arrested, prosecuted and locked up so that order may be restored.

Is Social Security in Donald Trump’s cross hairs? As one of millions of retirees who relies in part on the monthly check to get by, the prospe…

We need one good Catholic. In fact, every school district in the state of Iowa needs one. Someone who goes to Mass every morning, hits confess…

A coup is defined as a violent and illegal overthrow of a government.

COLUMN: Thank our heroes of the highways

Over the last several months we have all been touched by the global coronavirus pandemic. Together we are facing truly unprecedented times whi…

Leonard Pitts Jr.: Trump's many lies no longer shock us

We weren’t going to normalize this.

COLUMN: Russiagate dead-enders not giving up

With Biden doing well in the polls, why risk a big mistake?

Dangerous bacteria is showing up in school water systems, reminding all buildings reopening amid COVID-19 to check the pipes

(The Conversation is an independent and nonprofit source of news, analysis and commentary from academic experts.)

President Trump has stepped up his war on science, facts and reality. And he's losing. 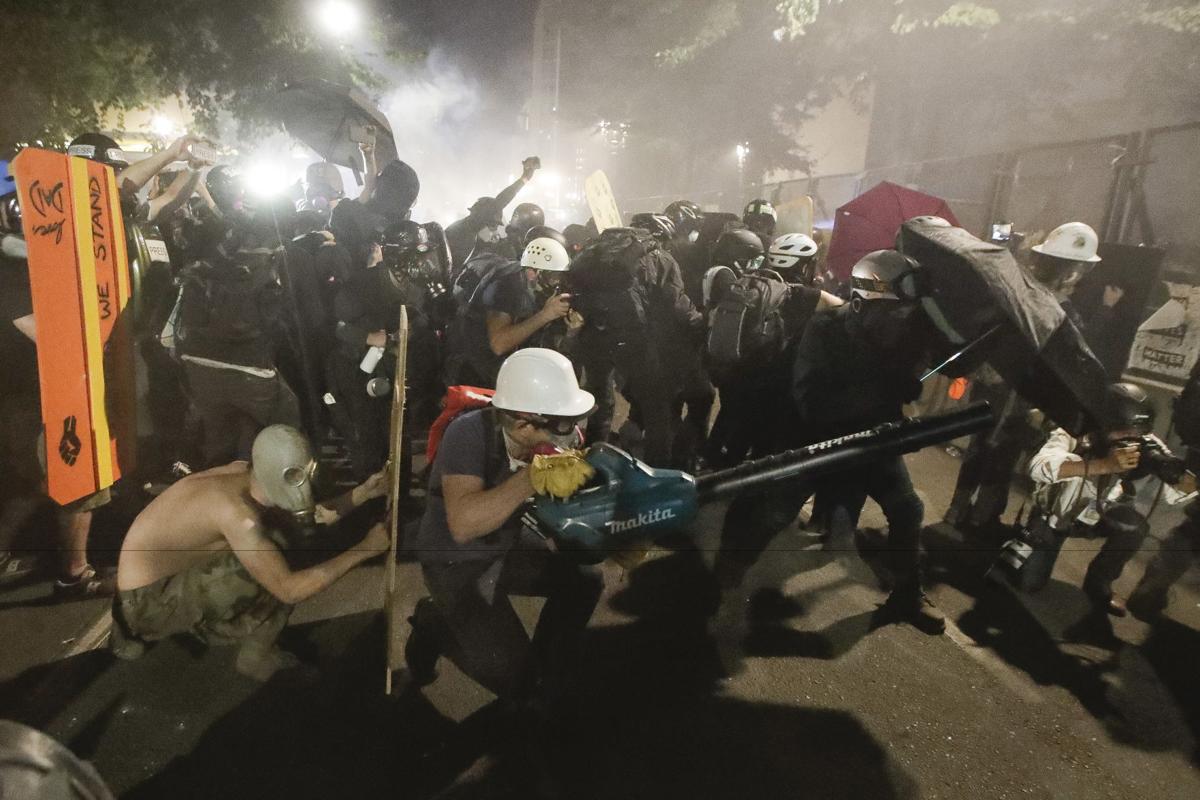 Demonstrators huddle and blow back tear gas with leaf blowers during clashes with federal officers during a Black Lives Matter protest at the Mark O. Hatfield United States Courthouse on Wednesday in Portland, Ore.