You may have seen the Michelle Williams Golden Globes speech by now. The actress credited abortion for allowing her to achieve her professional successes. Pro-life and pro-choice people said what you would have expected in response, but what seemed to be largely missed was the misery.

When New York state expanded legal abortion a year ago, in a place that had already long been dubbed the abortion capital of the world, some women who had traumatizing abortions were astonished the governor would celebrate this move.

But, of course, long gone are the days of “safe, legal and rare.” I ran into Rep. Dan Lipinski, a Democrat from Illinois, at Reagan Airport in D.C. right before Thanksgiving, and all I could think was “man without a country.” He’s the genuine deal pro-life Democrat. And there’s no room for him in his party. When Rep. Tulsi Gabbard, one of the candidates for the Democratic nomination for president, came out for some restrictions on abortion, I hoped her position would catch on. Could you imagine if we could really change abortion politics so real creative coalitions could come together to decrease abortions and increase adoptions, including from foster care, including older children, those vulnerable teenagers about to age out of the system and be out in the world all alone?

Alone is the word that came to mind when I saw that Michelle Williams speech. Her words seemed to cry out with a haunting “alone.” For all her years in the industry, what pain must have she suffered!

When I watched the camera move around to show faces in the Golden Globes crowd listening to Williams, I couldn’t help but think if all the extravagance on display was actually covering up an internal sadness, an awareness of the ugly things that have happened, by choices made in life, or by things that are done that make deep, traumatic impressions. When Williams talked about the things that can happen to women’s bodies, I shuddered to think how she must have suffered. She was doing acting work as a child and was in a TV role as a teenager. We ought to be cautious about letting our views on abortion forget common decency and humanity.

When women seek help after having an abortion, they often can’t see past the abortion. The abortion has marked them, in their minds. Williams was saying abortion made it possible to be who she is. But while celebrating “choice,” it was also quite clear she probably didn’t have much of a choice. Does the industry prefer abortion? Does much of our culture?

Instead of celebrating or decrying Williams and her speech, let this be an opportunity to think differently about abortion. It’s the leading cause of death in the country, and probably the world. This can’t be healthy.

In many of our lifetimes, men who would become Democratic leaders started out pro-life, but their party changed, and they went along with it. What if a new generation of leaders reconsidered? What if a new generation of Republican leaders considered the hearts and lives of the women who have had abortions? It’s not just Hollywood celebrities and poor, desperate women who have abortions. They may be members of your family. They may be alongside you when you pray.

When the March for Life happens later this month, you’ll see women with signs about abortions they regret. There’s a sadness in our country. Abortion not only changes a woman, it changes a culture. And whatever your position on its legality, it has an impact not just on whether an unborn child gets a chance at life, but on whether we are going to be decent to one another. To look at that Golden Globes moment and see the human struggle would make us better people. See Michelle Williams and want something better for women and society, and make a move in your part of the world to do something about it.

Photos of the new Little Prairie Girl in Grundy Center.

Kathryn Jean Lopez is senior fellow at the National Review Institute, editor-at-large of National Review magazine and author of the new book “A Year With the Mystics: Visionary Wisdom for Daily Living.” She can be contacted at klopez@nationalreview.com.

We shouldn't let this sordid debacle dominate our every waking thought.

COLUMN: Amid gunshots, heroes give us hope

Though Castillo was shot and killed, his heroism allowed everyone else in that room to survive. Carl Anderson, head of the Knights, described Castillo as one of “the best men of our day.”

COLUMN: Respecting life at the end of it

Kathryn Jean Lopez is senior fellow at the National Review Institute, editor-at-large of National Review Online and founding director of Catholic Voices USA. She can be contacted at klopez@nationalreview.com. 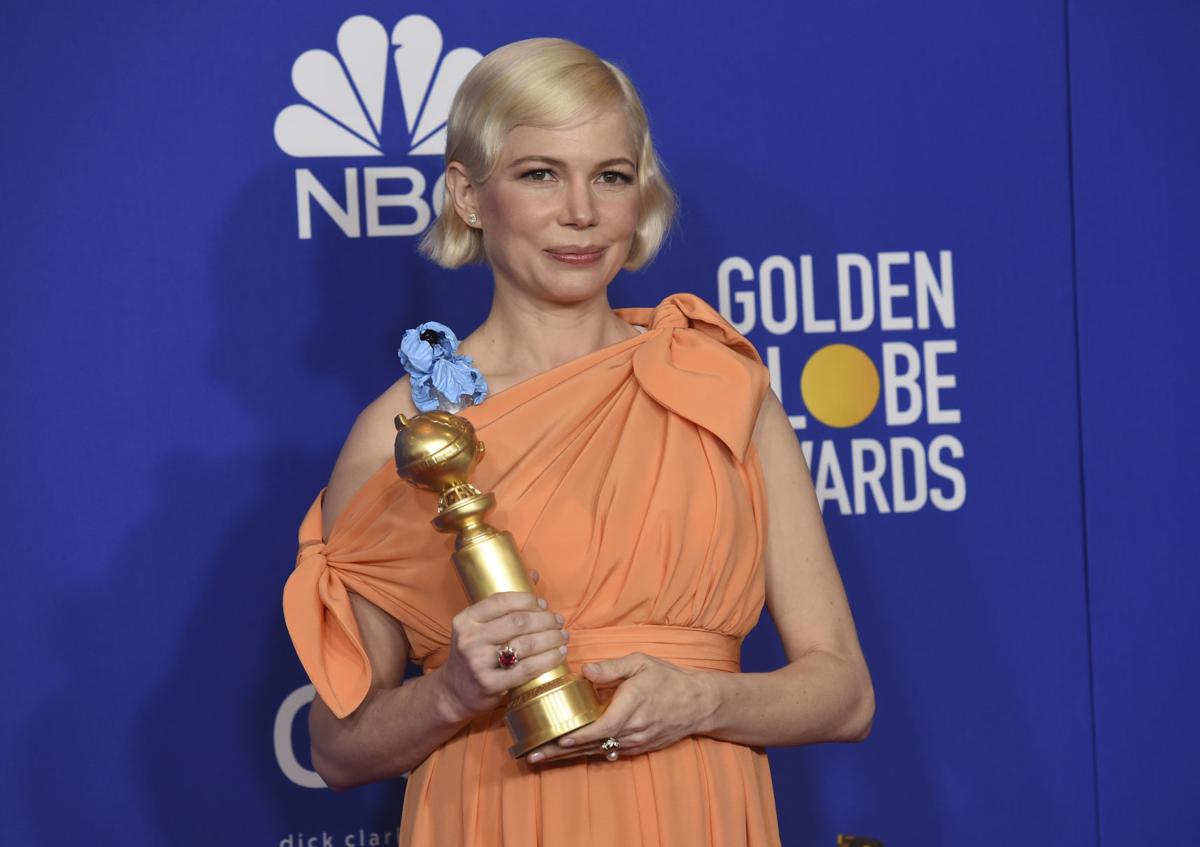 Michelle Williams poses in the press room with the award for best television performance by an actress in a limited series or a motion picture made for television for "Fosse/Verdon" at the 77th annual Golden Globe Awards at the Beverly Hilton Hotel on Jan. 5 in Beverly Hills, Calif.