Remember the debate over the meaning of the phrase “defund the police”? Repeated over and over on the progressive left, it seemed pretty clear — it meant that cities should no longer fund, and thus effectively abolish, their police forces. But some Democrats worried that embracing such a radical proposal might hurt them politically, so they suggested it actually meant re-directing some, but not all, funds from police to things like mental health treatment and affordable housing. Nothing too radical.

Every time Democrats thought they had limited the political damage done by a literal interpretation of “defund the police,” some progressive voice would mess it all up. For example, in June, The New York Times published an op-ed headlined, “Yes, We Mean Literally Abolish the Police.” It meant what it said.

In the recent campaign, many Republicans sought to tie their Democratic opponents to efforts to defund the police. It drove House Democrats running in fairly conservative districts nuts.

“The No. 1 concern that people brought to me in my race, that I barely won, was defunding the police,” said Virginia Democratic Rep. Abigail Spanberger on a conference call with Speaker Nancy Pelosi. “And I’ve heard from colleagues who say, ‘Oh, it’s the language of the streets, we should respect that.’ We’re in Congress. We are professionals. We are supposed to talk about things in the way where we mean what we are talking about. If we don’t mean we should defund the police, we shouldn’t say that.” Another House Democrat, Rep. Vicente Gonzalez of Texas, recently said it more succinctly: “Defund police, open borders, socialism — it’s killing us.”

But that’s just politics. The tragic thing is, the cause of defunding the police is killing real people. Look at a new report in The Washington Post from Minneapolis, one of the nation’s centers of anti-police activism: “Minneapolis violence surges as police officers leave department in droves.”

“Homicides in Minneapolis are up 50 percent,” the paper reported, “with 75 people killed across the city so far this year. More than 500 people have been shot, the highest number in more than a decade and twice as many as 2019. And there have been more than 4,600 violent crimes — including hundreds of carjackings and robberies — a five-year high.”

Remember that on June 26, the Minneapolis City Council voted unanimously to abolish the city’s police department and create something called the Department of Community Safety and Violence Prevention, which would provide “public safety services prioritizing a holistic, public health-oriented approach.”

It was, to put it bluntly, a crazy idea. But that’s what the council did. Since that time, the effort has faltered and all but collapsed. But the police got the message. Officers began retiring in record numbers. While the city has budgeted for 888 officers, more than 100 have retired this year — according to the Post, more than double the normal rate. More are in the process of leaving. The number of officers available to patrol the streets has decreased dramatically. And that means less response to reports of crime. And that means more crime.

“The police are not as much a presence as they used to be,” one community activist told the Post, which added that “sometimes when neighbors call 911, officers are delayed in responding or don’t come at all.” Last week the police chief went to the city council to plead for more money. “Our city is bleeding,” he said. “At this moment, I’m trying to do all I can to stop that bleeding.”

Now — get this — the same council that voted unanimously to abolish the police force voted to give nearly $500,000 in emergency funding to allow for the hiring of temporary officers to get the city through the end of the year. After that, who knows what will happen.

The Minneapolis council is a case study of progressive Democratic governance in action. President Trump spent part of his campaign warning against it. He lost. Republican congressional candidates also warned against it and did better, although not well enough to win control of the House. Now an incoming Democratic administration will include in its ranks the same variety of progressives who have done so much damage in Minneapolis and elsewhere. That will be the new reality of the Biden administration.

Byron York is chief political correspondent for The Washington Examiner.

Whereas, God is the sole creator of the Earth and man, being made directly in his image, is the apex of His creation; and

Only a modicum of intelligence is needed to examine the facts and realize Gov. Kim Reynolds’ authoritarian approach — ignoring science and hea…

This Thanksgiving, the best thanks you can give a health care worker is to wear your mask

The guest column of Nov. 19 — “Local Pastors Oppose Mask Mandate” — does not represent all Iowa pastors.

COLUMN: A media from hell

In mid-November there was a march on Washington by Trump supporters referred to as the Million MAGA March. This is the way it was covered in t…

Richard Kyte: It's time to start talking to one another

Why are Americans so polarized right now? I’m not sure what the answer is, and I’m not sure it matters that much. What defines us is not so much our reasons as our attitudes. 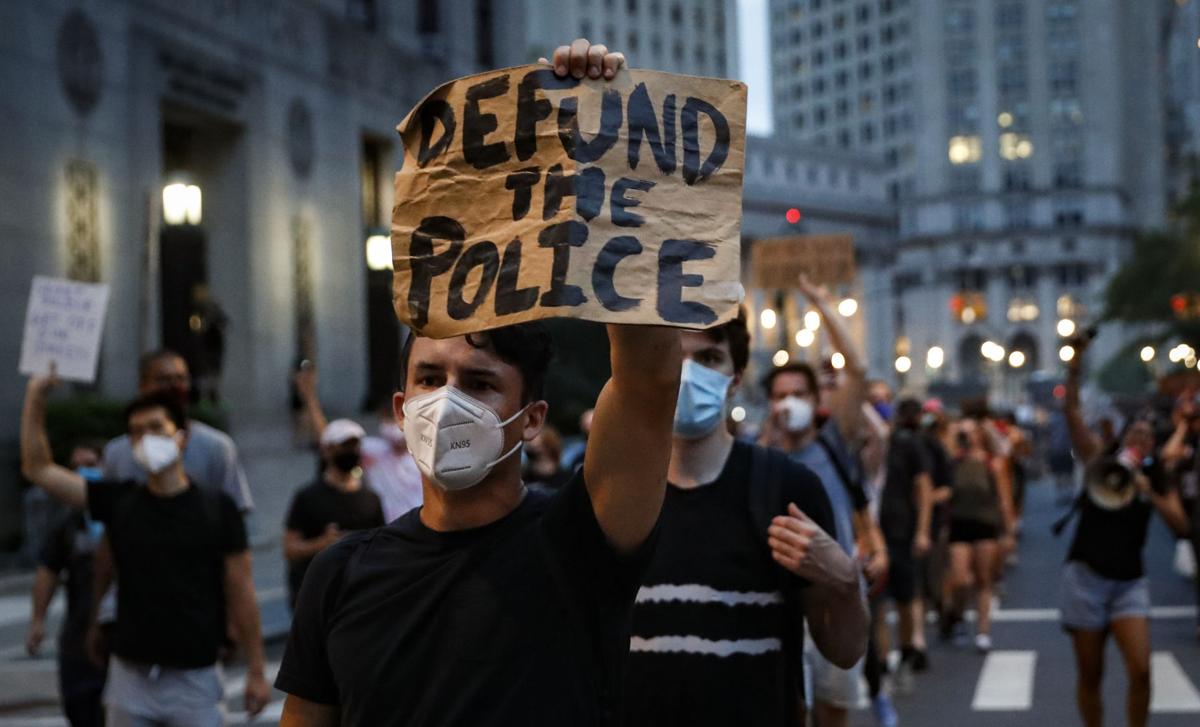 A demonstrator holding a sign that reads "Defund the police" during a protest march July 30 in New York. 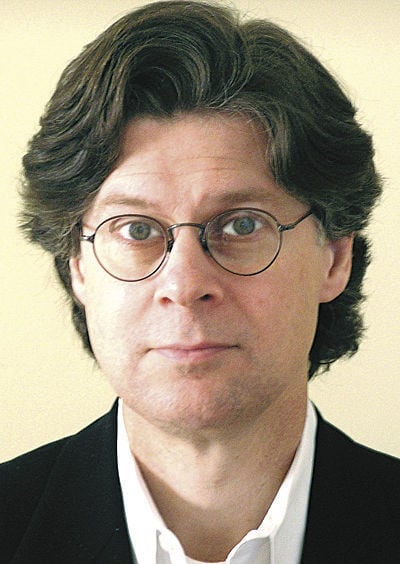