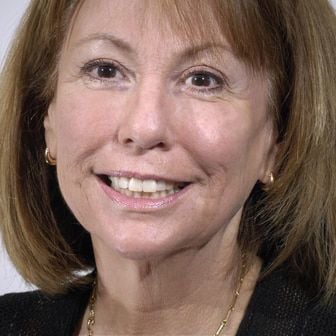 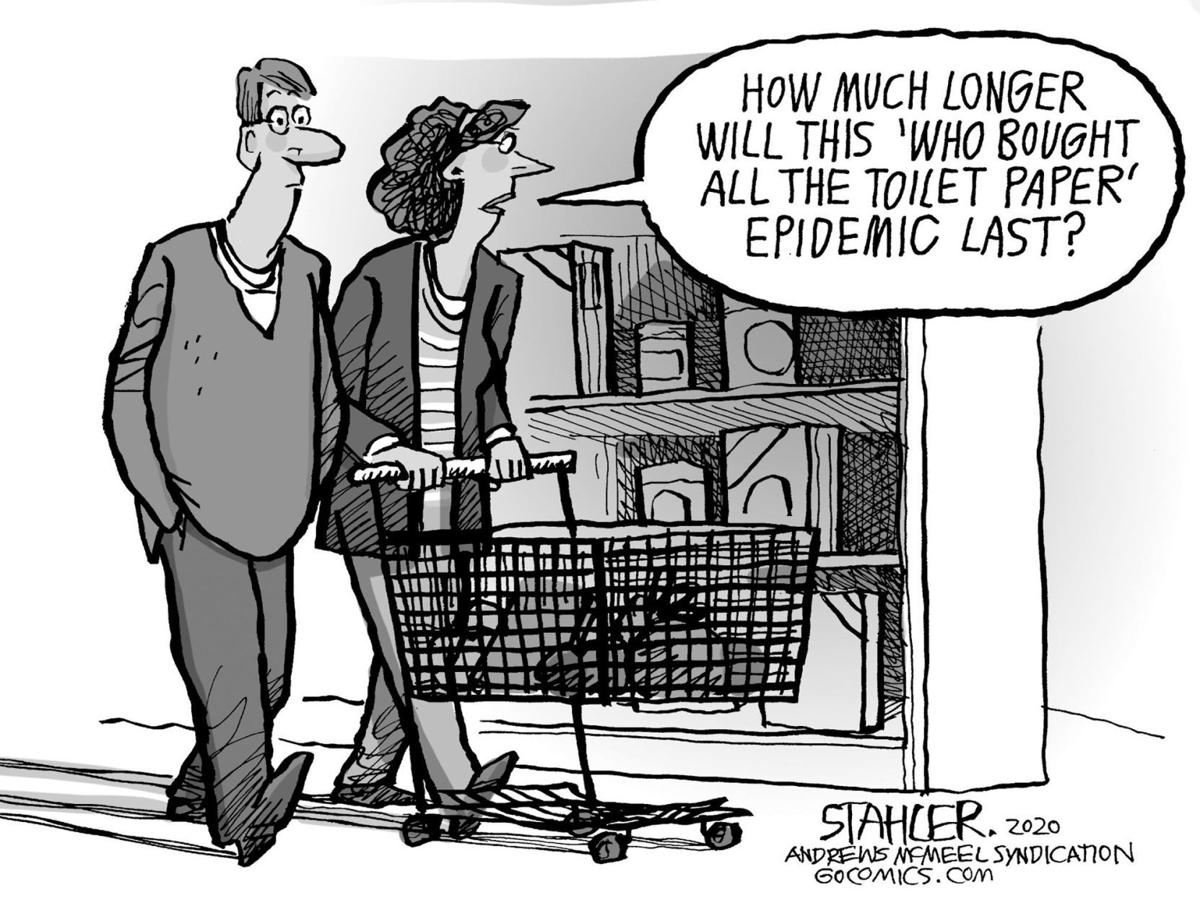 My story starts Feb. 15 at a South Florida Sun Sentinel going-away party for nine colleagues who’d accepted the company’s buyout offer. About 45 of us showed up, all hugs and kisses. Within five days, at least 18 of us were sick.

Some of us got sicker than others. My younger colleagues mostly got flu-like symptoms — fever, bronchitis, muscle aches. But a couple of us got hit hard — spiking fever, dry cough, fatigue and shortness of breath.

My symptoms felt nothing like a cold or flu. Within a day and a half, the whistle in my lungs was so loud a friend joked I should break out the spoons for a jig. I had all the symptoms of coronavirus: a fever, cough, shortness of breath and a deep respiratory infection. At the urgent care center, the doctor diagnosed pneumonia.

Our newsroom remained atwitter. Who has what symptoms? Has anyone gotten tested for coronavirus?

A newsroom sleuth scoured Facebook and found one of our former colleagues had just returned from Asia, with a layover in China. Our colleague’s post showed an airport and airplane awash in face masks. Upon arriving in New York, our friend self-quarantined as directed for three days and developed no symptoms. Seven days later, our colleague was wrapped in our embrace.

I have no idea if my friend was a carrier. As Kingsley Guy, my predecessor as editorial page editor, put it: “We’ll never know, but chances are good that we were among the first people in Florida to come down with the coronavirus.”

I tried to get tested. I called the Broward County Health Department, but the person on the phone wasn’t interested in our too-big-for-coincidence cluster. On learning that I had not personally traveled overseas and my fever was below 100.4 degrees, neither was she interested in me.

After a 10-day antibiotic regimen, I felt well enough to travel to D.C. for a friend’s memorial and work in the office for a couple of days. But mostly I worked from home, too tired to make the trek. After two-and-a-half weeks of symptoms that hung on, my regular doctor prescribed a second drug regimen.

Until now, the only time I ever remember paying such close attention to my breathing was when I tried meditation and yoga. But one night this past week, my breathing was so labored, it was all I could hear. I felt like I needed an oxygen mask. I also missed my old mercury thermometer because my new digital gizmo kept jumping between 99.5 and 100.2.

In China, people with pneumonia are included in the 80% of cases considered “minor,” a New York Times science reporter said on “The Daily” podcast.

“Even if you have a very mild case, you’re going to go in with all the other mild cases, because they know cases can crash,” said Donald G. McNeil Jr., who has covered the story from the start. “It’s a pretty common phenomenon that people are going along OK with some breathing difficulty, and then in the second week, they crash. Their oxygen saturation drops, and they need oxygen.”

On Friday, I became determined to get the test. I did so even knowing that the virus’ RNA lasts only a median of 20 days in respiratory samples, Chinese doctors wrote in The Lancet. But they also said it could last as long as 37 days.

It had been 27 days since my possible exposure. Still, I wanted to know, am I contagious after taking antibiotics? How much longer will this last? And is there a possibility it’s going to get worse?

But perhaps you’ve heard, getting tested is nigh-on impossible.

I called the COVID-19 Call Center listed on the Florida Department of Health’s website. The nice woman on the phone said the hotline was a call center, not a medical center. She encouraged me to call the county health department.

I called the Broward health department again, but after hearing I hadn’t traveled or come in contact with a known case, the operator said I should call my doctor or a commercial lab, either Quest or LabCorp.

I called Quest and was told I needed a physician’s order. My doctor called in the order, but when I called to make an appointment at Quest, I was told my doctor had to submit the sample. I called my doctor’s office, but they said they didn’t have the necessary kit.

I called Dr. Shahnaz Fatteh, president of the Broward County Medical Association. “We’re all scrambling to find out how to get the test kits,” she said.

I called Jaime Caldwell, president of the South Florida Hospital Association. He’d previously told me hospitals hope people with minor cases don’t fill up their emergency rooms, potentially infecting others or consuming resources needed by the sickest. “But you have to do what’s best for you.”

So I texted Aurelio Fernandez, the CEO of Memorial Healthcare, and told him I was headed to Hollywood Memorial. My temperature was only 99, but it had been 100.2 Thursday, and the symptoms got worse at night.

At the hospital, I answered YES to most of the screening questions. In the last 14 days: yes, I’d been sick; yes, I’d had a low-grade fever; yes, I’d had trouble breathing; yes, I’d been around others who were sick. As to whether I’d been exposed to a known COVID-19 patient, I said “maybe.”

I was placed in a negative-pressure treatment room and treated by people wearing extra protection. A nurse swabbed both nostrils high enough to “tickle your brain,” then deeply swabbed my throat with a third Q-tip like stick.

I kept apologizing for using emergency room resources, even as I wondered how much I will wind up paying to get tested.

Coincidentally, while the doctor was examining me, I received a call from Jared Moskowitz, Florida’s director of emergency management. I promised to call him back. I asked the doctor: “What would you ask him?” His answer: When are we going to get the tests we need?

Testing is the first line of defense in any epidemic. There’s no way to know the breadth of this epidemic by testing only the sickest of the sick. Yet the day before my ER visit, Florida had tested fewer than 500 people.

Moskowitz told me the state has been following CDC criteria, but new supplies are on the way, with the state having ordered 625,000 kits.

“I literally have kits right now moving all over the highways to 50 labs and hospitals and departments of health,” he said Friday evening. “Our first round of commercially available kits came in and we pushed them out immediately.”

Late Friday, I received an email saying my test results were available online. The results said the coronavirus had not been detected. “A “not detected” result indicates the absence of specific viral and bacterial nucleic acids, or the organism load is below the detectable limit of the assay.”

The doctor told me that it’s impossible to know if I had the virus because an antibody test is not yet available, so we’ll never know for sure. But as Kingsley said, I believe we were among Florida’s first coronavirus patients — and it shouldn’t have been so hard to find out.

Editor’s note: As of this writing, no one at the Sun Sentinel has tested positive for the COVID-19 virus.

Rosemary O’Hara is the editorial page editor of the South Florida Sun Sentinel.

COLUMN: Pandemic will change us forever

Our nation will survive the COVID-19 pandemic. But life will be seriously disrupted.

COLUMN: Mobilizing Iowa for a pandemic

It would appear that public facilities such as these are more attractive than building hospitals on soccer fields that some states are trying to do.

Some say, my words politicize a crisis, I say, addressing your worries at council meetings is a true example of representative government.

COLUMN: Prepare for the worst, pray for the best

To some degree, the media has restrained itself, and while over-emphasizing the negative, has managed to limit its impulse to throw out “we-are-all-going-to-die” reporting.

Borg was the consummate journalist. A pro’s pro. Everything you wanted in a reporter.

COLUMN: The economy needs our protection, too

We’ve been a mostly cooperative group because Americans tend to be try-hards when it comes to protecting our citizens.

Give Joe Biden some credit. On Jan. 27, he published an op-ed in USA Today recognizing that the coronavirus outbreak could become a big proble…

GUEST COLUMN: Pandemic in an election year: A perfect storm

For many of us, this crisis brings us face to face with our mortality, and we’re learning how much we hold life near and dear. People do unexpected things to provide comfort and safety for themselves and loved ones.

COLUMN: How much liberty do we want to give up?

I did think Pritzker did a fine job on Friday in announcing his order. The governor was compassionate and reasonable.